Millions of children of different age groups are lost all over the world. Some are actually lost while accompanying their parents or grandparents, some are kidnapped, some leave their homes or slums because they are unhappy living in the sordid conditions that make up for their homes. A recent film made on a well known slum of Mumbai — Slumdog millionaire has become an international best seller and its teenage actor Freida Pinto a celebrity.

There is a very famous short story called The Lost Child by an Indian writer Mulk Raj Anand that sensitively depicts a child’s trauma when he accidentally strays away from his parents in a fair where there are crowds of people and small shops selling balloons, toys, sweets and other items that attract children. The lost child is picked up by a do-gooder who offers to buy anything the child wants; but  the child keeps on weeping and repeating ‘I want my Father, I want my Mother’. 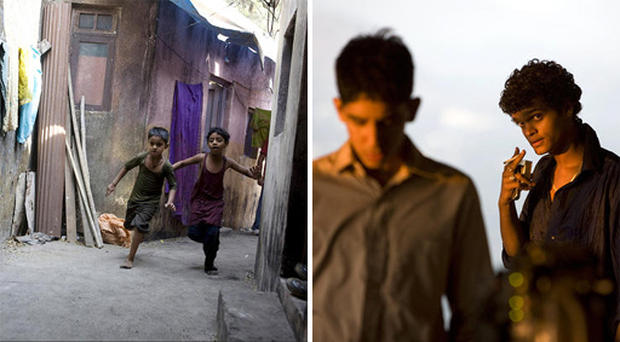 Where do these lost children go? Many of them just roam around aimlessly, lonely, hungry not knowing what to do, where to go. Often they walk up to a railway station or a bus stand where there are large crowds of people and where the lost child will not be pushed away or asked to leave. The other advantage is that they may get something to eat to quench their hunger either by begging, by stealing or by picking up some leftovers of food.

But there are crooked, wicked people roaming around such places. They sense that the child is lost and hungry. They will come to the child, buy him some food and then entice the child to come with them. And where do such children land? In a small factory, or a restaurant to work as child labour, or forced to beg on the streets, or pushed into a brothel if the child is female.

Fortunately, there are some organisations both run by some government agency or some NGOs that try to save children from drudgery or the hellhole that some kids are pushed into, and to rehabilitate them.

One of such organisations is a Baalak Trust which is geared to search for lost children, pick those who loiter around sadly in busy places of major towns or cities of India. The name itself is suggestive — in Hindi, Baalak means a child. The Trust has many centres where lost children are housed, provided adequate food, basic education and some skills and an amiable environment for children to feel secure, allowing them to grow up comfortably as normal children do in their homes. The Trust also tries to find out about the parents of the children and in some cases is able to hand over the lost children to the overjoyed parents.

Some of the children who show an academic aptitude go to public schools and pass examinations as normal students. A few of them are also able to pursue tertiary education in Colleges or Universities and some who show the inclination, get opportunities of teaching in a school.

Recently, the Trust set up a play in a large auditorium in a cultural centre of New Delhi. The play was a vivid demonstration of how the children live and engage themselves in one of the Trust’s Centres. All those participating in the play were children of different age groups — ranging from 5 years to twenty. They performed wonderful acrobatics, sang and danced vigorously in a demonstration of artistry and energy. Some acted as evil persons, some as policemen and some as lost children themselves.

One scene after another was replete with beautiful and bewitching activities of a simple storyline that tried to duplicate the reality of these lovable children. The audience — the hall was packed beyond its capacity with several people occupying any vacant space along the aisles of the large hall. I asked one young woman who was sitting next to me who she was. She unhesitatingly replied that she had lived in one of the Centres for several years, had pursued a course in a college and was now working in a Hotel.

A large contingent of the audience consisted of children of the various centres of the Trust. They clapped, they laughed, they enjoyed every moment of the ninety minute long extravaganza. An unforgettable opportunity not just to show sympathy for the lost children but to share with them their joy, their vitality, their energy.

Anticopyright: Editorials and articles originated on TMS may be freely reprinted, disseminated, translated and used as background material, provided an acknowledgement and link to the source, TMS: Baalak Trust — Rehabilitating Lost Children, is included. Thank you.