Health is determined by a combination of factors, including the availability and quality of foods, the fresh air/pollution (air, water, foods), the ability to exercise, contact with nature (earthing, negative ions, plants, scenery, sunshine), social relations (family, identity, belonging), freedom of choice (movement, education, work, travel, selection off goods, pursuit of interests) and feeling of security/absence of direct violence. The idea is to have not only a long life, but also quality of life, living in peace with oneself, one´s family and friends and neighbors.

Quality of life is unequally distributed even in rich countries, where life expectancy is not necessarily high compared with less rich countries. For instance, life expectancy in the US now ranks as number 53 in the world, with Norway as number 26 and Japan number 2 and Singapore number 3.[1] Number 1 is Monaco with 89.32 years. Longevity data do not are not so impressive for the richest countries, where the US is ranked 11 and Norway number 9, while for Singapore is 2nd on the list of the highest per capita income.[2]

At the same time, the richest countries are becoming more unequal within their populations,[3] with the gap widening between rich and poor. Poverty strikes many even in very rich countries.

In the “free” world, the US is seen as a “model state” to be copied by others. In principle, entrepreneurs and industrialists are allowed to produce anything, regardless of what people need or how they impact on the environment. The choice of which goods to purchase is left to the individual consumer, who often lack information about how they directly and indirectly affect health. In addition, many consumers value the present more than the future, preferring to eat foods which instantly satisfy their cravings, but which have long-term deleterious consequences for their health.

In most social democratic states, the worst sides of raw capitalism are controlled in order to make it more palatable to consumers, as a safeguard to regime changes in a more human and ecologically sustainable direction. This prevents popular uprising to topple the pyramid on which capitalism is based. Most social democratic governments from left to right on the political scale issue guidelines for healthy living and restrict the marketing of products with obvious detrimental health effects, like cigarettes, alcohol or toxic chemicals. Regulations may take the form of age limits (18 to drive a car or buy cigarettes, 20 to buy hard liquor, etc.), limitations on advertisement for specific age groups or setting limits how much of different poisons products may contain in order to be sold legally.

In principle, any product for which a demand can be established, regardless of usefulness or need, may be produced and sold on the marked. If a given product is unhealthy or causes environmental damage, it is up to the individual not to buy and use it until regulations are in place. Mild restrictions on the production method may be enforced, such as dumping wastes in places not seen by the public, while consumers in general are admonished to recycle diligently to avoid material waste and pollution. A better way would be to make structural changes which would make such behavior redundant.

Governmental campaigns are the most frequently used method to discourage the use of unhealthy or unnecessary products, even if experience shows that if a product is allowed on the marked, many will buy it regardless of needs. However, a class gradient in unhealthy behavior exists in most societies – the more wealthy and highly educated will buy healthier products and engage in more health-promoting activities than the poor and uneducated. Part of the reason for this is unequal access to information, coupled with the desire mentioned above for instant gratification.

The mechanism to encourage healthy behavior is often the induction of guilt – “Thou shalt not”… smoke, drink too much alcohol, be lazy and not exercise, have unprotected sex, etc. Failing to avoid such (often) unhealthy behavior has established a marked for private “health coaches” who for a price may help clients make healthy choices and for private hospitals which benefit from such behavior. Many voluntary associations play on people´s feelings of guilt when asking for donations or to take part in voluntary work to make a better world. This is nice and dandy, but given the class structure of most capitalist states, basically only the wealthy – who need it the least – can afford to buy products and services, which are exempt from personal initiative. An example is the wealthy Stordalen couple who helped finance the recent massive EAT-Lancet study on world food policies,[4] who in public are portrayed as being in the forefront of the environmental movement, in private pursue a lavish lifestyle.[5]

Below is a picture of the Bombardier Challenger 350 private jet like the one used by the Stordalen couple to jet around the world. 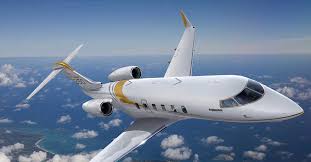 Market-oriented, liberal capitalist societies are not violent per se, in contrast with most dictatorships, secular or religious. However, the very rich still cause structural violence in that the way they live, cause poor health, alienation, lack of freedom and insecurity in providing welfare to a large part of the population. This is how these societies work, the worst offenders in the OECD being the US, the UK and France on one end of the scale, with the Nordic countries and Japan on the other. Being a little better than bad, does not make them stand out as “model societies”. During the last decades, the gap between rich and poor has widened rapidly also here, incurring structural violence to an increasing part of the population.

The rich get richer, the poor get poorer.

The figure below defines four categories, based on the dichotomies Market economy-Planned economy and Limited choice-Unlimited choice (of goods, services, etc.)

Choices in market and planned economies

One may envisage four types of societies:

In reality, none of the four options exist – the most frequent model is number 3, with number 4 an anomaly possibly found in for instance North Korea.

What could and should be done?

Given the mass confusion existing in “free” market economies, with mainstream media covering up what really is going on, it may seem naïve to think that things may change. However, in order to achieve real peace, which includes abolishing structural violence, some actions seem necessary. Doing nothing will achieve nothing. Below are some suggestions, not indicating priorities.

The public must be informed of how the system works. This means that in addition to helping people make health-promoting choices, they should be stimulated to act politically, eventually contributing to structural changes. Wealth needs to be redistributed, i.e. transferred from the top 10–20% richest to the bottom 50–60% poorest. Those who encourage changes in behavior to improve their health, must become political. It is not enough to help people make healthier food; they should also learn how the system works and which changes are needed for everyone to find betters solutions to their own health problems.

Many products and production methods need to be banned, while production methods with environmentally friendly material must be established to replace products for which needs exist. One over-ripe reform is to ban all plastic products polluting the oceans, the food chain and, ultimately, us.[6] Another is to phase out all toxic chemicals, closing down factories producing them, and clean up the mess they have left behind. A third urgent reform would be to ban all public Wi-Fi for cell phones, make cabling mandatory and install shielding and protection against electromagnetic devices every where.[7] The fourth is to build down the military-industrial complex and transfer the resources thus made available to defensive defense and improvement of infrastructures everywhere. A fifth would mean transforming the energy sector with sustainable sources (the sun) and structures.

Any such changes are unthinkable unless the public starts thinking differently, choosing political leaders with an understanding of how it may be possible to achieve peace by peaceful means. To paraphrase Anangamage Todor Ariyaratne[8] (1931), the Buddhist leader and founder of the Sarvodaya Shramadana movement in Sri Lanka, “it is all in the mind”. Without a fundamental change in the mentality and perceptions of a majority of the world population, the abolishment of structural violence is not achievable, and peace will remain a utopian image of the very few.

[5] Ardehali R. Glamorous billionaire who funded study telling people they must only eat a quarter of a rasher of bacon a day to save the planet is slammed as hypocrite for jetting around the world in her £20m private plane. MailOnline, January 8, 2019. https://www.dailymail.co.uk/news/article-6605391/Glamorous-billionaire-dubbed-hypocrite.html

[7] Firstenberg A. The invisible rainbow. A history of electricity and life. Washington, D.C.: AGB Press 2017. https://www.agb.org/about-agb 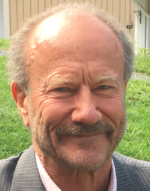 Dag Viljen Poleszynski is a member of the TRANSCEND Network for Peace Development Environment. He has a Master´s Degree in nutritional physiology at the University of Oslo, anda Ph.D. on medical sociology at the University of Tromsø. Since 1987 he has worked as an independent research and lecturer after having worked as a research assistant to Johan Galtung at The International Peace Research Institute of Oslo (1974–1978) and as a research in the Tokyo-based United Nations University project “Goals, Processes and Indicators of Development” led by Galtung in 1979–1982, where he coordinated working groups on energy and nutrition. Poleszynski has authored/co-authored 49 books in four languages and published about 1400 popular science articles and 80 research articles, and been on the editorial board of several journals.

Anticopyright: Editorials and articles originated on TMS may be freely reprinted, disseminated, translated and used as background material, provided an acknowledgement and link to the source, TMS: Structural Violence and Health, is included. Thank you.