Libya is back in the news, as fighting escalates around the capital, Tripoli. 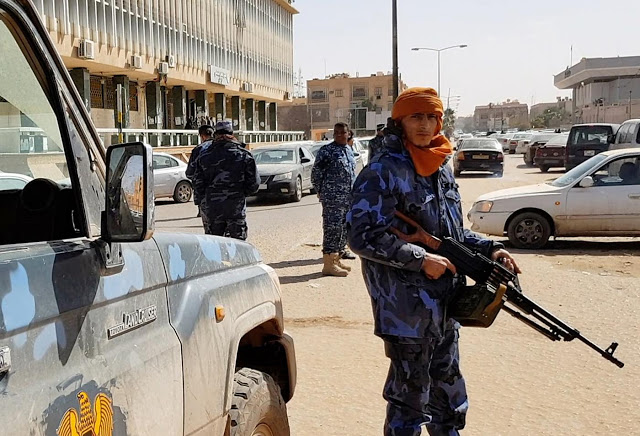 10 Apr 2019 – Forces under the control of Khalifa Haftar – a former Libyan general under the government of Muammar Qaddafi – turned opposition during the 2011 US-led NATO intervention – turned “opposition” again against the UN-backed “Government of National Accord” (GNA) seated in Tripoli – have most recently reached Tripoli’s airport.

The confusing chaos that has continually engulfed Libya since 2011 should come as no surprise. It is the predictable outcome that follows any US-led political or military intervention. Other examples showcasing US-led regime change “success” include Afghanistan, Iraq, and Ukraine.

And just like in Afghanistan, Iraq, and Ukraine – the Western corporate media has regularly omitted mention of Libya from headlines specifically to mask the very predictable consequences of US-led regime change as additional interventions against nations like Venezuela, Syria, and Iran are engineered and pursued.

In 2011, the North African nation of Libya was transformed from a prosperous, developing nation, into a divided, perpetual battlefield where local warlords backed by a milieu of opposing foreign sponsors and interests have vied for power since.

Libya’s current status as a failed, warring state is owed entirely to the US-led NATO intervention in 2011.

Predicated on lies promoted by Western-funded “human rights” organizations and fought under the pretext of R2P (responsibility to protect) – the US and its NATO allies dismembered Libya leading to predictable and perpetual chaos that has affected not only Libya itself, but North Africa, Southern Europe, and even the Middle East.

The war immediately triggered not only a wave of refugees fleeing the war itself, but the redirection of refugees from across Africa seeking shelter and work in Libya, across the Mediterranean and into Europe instead.

Militants fighting as proxies for the US-led war in 2011 would be armed and redeployed to Turkey where they entered Syria and played a key role in taking the cities of Idlib and Aleppo during the early stages of that US-led proxy war.

Fighting around Tripoli has even allegedly prompted US military forces stationed in Libya to temporarily evacuate. CNBC in its article, “US pulls forces from Libya as fighting approaches capital,” would report:

The United States has temporarily withdrawn some of its forces from Libya due to “security conditions on the ground,” a top military official said Sunday as a Libyan commander’s forces advanced toward the capital of Tripoli and clashed with rival militias.

A small contingent of American troops has been in Libya in recent years, helping local forces combat Islamic State and al-Qaida militants, as well as protecting diplomatic facilities.

The presence of US forces in Libya might be news to some – and was certainly only a dream within the Pentagon until after the 2011 US-led NATO intervention finally toppled the Libyan government.

America’s foreign policy of arsonist-fireman has endowed it with a large and still growing military footprint in Africa – one it uses to project power and affect geopolitics well beyond the continent.

The ongoing Libyan conflict – flush with weapons pouring in from foreign sponsors – has also fuelled regional terrorism impacting neighboring Egypt, Tunisia, Algeria, Niger, and Chad, as far west as Mali and Nigeria, and southeast as far as Kenya. The war has been a boon for US Africa Command (AFRICOM) which has used the resulting chaos as a pretext to expand Washington’s military footprint on the continent. 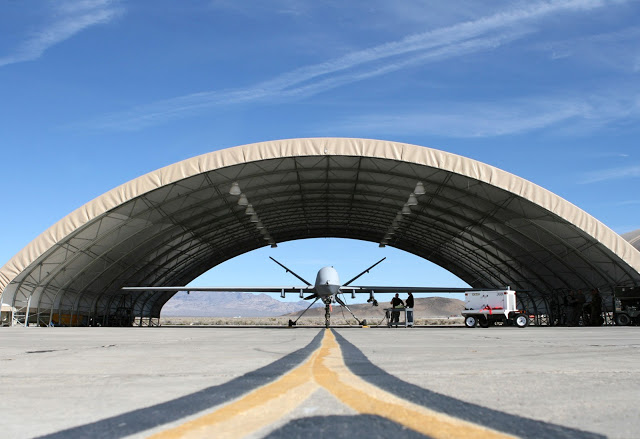 In a 2018 Intercept article titled, “U.S. Military Says it has a “Light Footprint” in Africa. These Documents Show a Vast Network of Bases,” it was reported that:

According to a 2018 briefing by AFRICOM science adviser Peter E. Teil, the military’s constellation of bases includes 34 sites scattered across the continent, with high concentrations in the north and west as well as the Horn of Africa. These regions, not surprisingly, have also seen numerous U.S. drone attacks and low-profile commando raids in recent years.

The article notes that much of AFRICOM’s expansion in Africa has occurred over the past decade.

While the pretext for US military expansion in Africa has been “counter-terrorism,” it is clear US military forces are there to protect US interests and project US power with “terrorism” a manufactured pretext to justify Washington’s militarization of the continent.

Much of the terrorism the US claims it is fighting was only possible in the first place through the flood of weapons, equipment, and support provided to militants by the US and its partners amid regime change operations targeting nations like Libya.

The US-led NATO war in Libya is a perfect example of the US deliberately arming terrorist organizations – including those listed as foreign terrorist organizations by the US State Department itself – overthrowing a nation, predictably destabilizing the entire region, and using the resulting instability as a pretext to massively expand America’s military footprint there.

The wider agenda at play is Washington’s desire to displace current Russian and Chinese interests on the continent, granting the US free reign.

Over seven decades, NATO has stepped up time and again to keep our people safe, and we will continue to stand together to prevent conflict and preserve peace.

This “peace” includes 8 years of heavy fighting in Libya following NATO’s intervention there.

NATO’s Secretary General proclaims NATO’s mission as one to “prevent conflict and preserve peace,” yet it paradoxically and very intentionally engineered the war in Libya, overthrew the government in Tripoli, and triggered regional chaos that not only plagues North Africa to this day – but also inundated Europe with refugees fleeing the conflict.

Europe is one of the few places NATO could conceivably claim any mandate to protect or operate in – yet its own wars of aggression abroad directly compromised European safety and security.

The media blackout that has shrouded the true impact of NATO’s intervention in Libya for the past 8 years helps enable the US and its NATO partners to perpetrate additional proxy wars and political interventions elsewhere.

As the US openly pursues aggressive regime change in Venezuela and meddles in the internal politics of nations across Southeast Asia, the “fruits” of US intervention in places like Libya should always be kept in mind.

What is most alarming of all is considering that the US-led intervention in Libya may not necessarily be a failure. It is only a failure if one believed the US truly sought a better future for the nation. However, if the fruits of perpetual chaos and an equally perpetual pretext for the US militarization of Africa were intentionally set out for from the beginning – then in many ways – Libya was a resounding success.

Depending on how the current fighting around Tripoli unfolds, whether or not a unified Libya emerges, and whose foreign military presence and economic interests are allowed to persist on Libyan soil thereafter – will help determine just how successful Washington’s true agenda in Libya – and in Africa – has been.