These political debates – which cite terrorism and political violence in the Middle East to argue that Islam is incompatible with modern society – reinforce stereotypes that the Muslim world is uncivilized.

They also reflect ignorance of Sharia, which is not a strict legal code. Sharia means “path” or “way”: It is a broad set of values and ethical principles drawn from the Quran – Islam’s holy book – and the life of the Prophet Muhammad. As such, different people and governments may interpret Sharia differently.

Still, this is not the first time that the world has tried to figure out where Sharia fits into the global order.

In the 1950s and 1960s, when Great Britain, France and other European powers relinquished their colonies in the Middle East, Africa and Asia, leaders of newly sovereign Muslim-majority countries faced a decision of enormous consequence: Should they build their governments on Islamic religious values or embrace the European laws inherited from colonial rule?

Invariably, my historical research shows, political leaders of these young countries chose to keep their colonial justice systems rather than impose religious law.

Newly independent Sudan, Nigeria, Pakistan and Somalia, among other places, all confined the application of Sharia to marital and inheritance disputes within Muslim families, just as their colonial administrators had done. The remainder of their legal systems would continue to be based on European law. 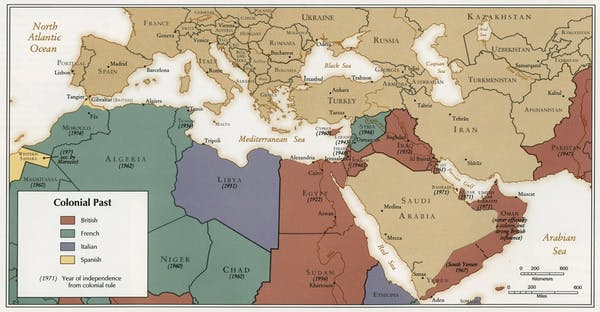 France, Italy and the United Kingdom imposed their legal systems onto Muslim-majority territories they colonized.  CIA Norman B. Leventhal Map Center, CC BY

To understand why they chose this course, I researched the decision-making process in Sudan, the first sub-Saharan African country to gain independence from the British, in 1956.

In the national archives and libraries of the Sudanese capital Khartoum, and in interviews with Sudanese lawyers and officials, I discovered that leading judges, politicians and intellectuals actually pushed for Sudan to become a democratic Islamic state.

They envisioned a progressive legal system consistent with Islamic faith principles, one where all citizens – irrespective of religion, race or ethnicity – could practice their religious beliefs freely and openly.

“The People are equal like the teeth of a comb,” wrote Sudan’s soon-to-be Supreme Court Justice Hassan Muddathir in 1956, quoting the Prophet Muhammad, in an official memorandum I found archived in Khartoum’s Sudan Library. “An Arab is no better than a Persian, and the White is no better than the Black.”

Sudan’s post-colonial leadership, however, rejected those calls. They chose to keep the English common law tradition as the law of the land.

Why keep the laws of the oppressor?

Rivalries between political parties in post-colonial Sudan led to parliamentary stalemate, which made it difficult to pass meaningful legislation. So Sudan simply maintained the colonial laws already on the books.

There were practical reasons for maintaining English common law, too.

Sudanese judges had been trained by British colonial officials. So they continued to apply English common law principles to the disputes they heard in their courtrooms.

Sudan’s founding fathers faced urgent challenges, such as creating the economy, establishing foreign trade and ending civil war. They felt it was simply not sensible to overhaul the rather smooth-running governance system in Khartoum. 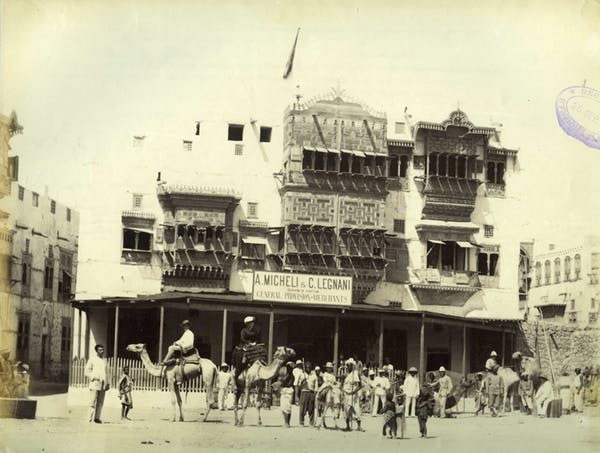 The Sudanese city of Suakim in 1884 or 1885, just prior to British colonial rule.
The National Archives UK

The continued use of colonial law after independence also reflected Sudan’s ethnic, linguistic and religious diversity.

Then, as now, Sudanese citizens spoke many languages and belonged to dozens of ethnic groups. At the time of Sudan’s independence, people practicing Sunni and Sufi traditions of Islam lived largely in northern Sudan. Christianity was an important faith in southern Sudan.

Sudan’s diversity of faith communities meant that maintaining a foreign legal system – English common law – was less controversial than choosing whose version of Sharia to adopt.

My research uncovers how today’s instability across the Middle East and North Africa is, in part, a consequence of these post-colonial decisions to reject Sharia.

In maintaining colonial legal systems, Sudan and other Muslim-majority countries that followed a similar path appeased Western world powers, which were pushing their former colonies toward secularism.

But they avoided resolving tough questions about religious identity and the law. That created a disconnect between the people and their governments.

In the long run, that disconnect helped fuel unrest among some citizens of deep faith, leading to sectarian calls to unite religion and the state once and for all. In Iran, Saudi Arabia and parts of Somalia and Nigeria, these interpretations triumphed, imposing extremist versions of Sharia over millions of people.

In other words, Muslim-majority countries stunted the democratic potential of Sharia by rejecting it as a mainstream legal concept in the 1950s and 1960s, leaving Sharia in the hands of extremists.

But there is no inherent tension between Sharia, human rights and the rule of law. Like any use of religion in politics, Sharia’s application depends on who is using it – and why.

Leaders of places like Saudi Arabia and Brunei have chosen to restrict women’s freedom and minority rights. But many scholars of Islam and grassroots organizations interpret Sharia as a flexible, rights-oriented and equality-minded ethical order. 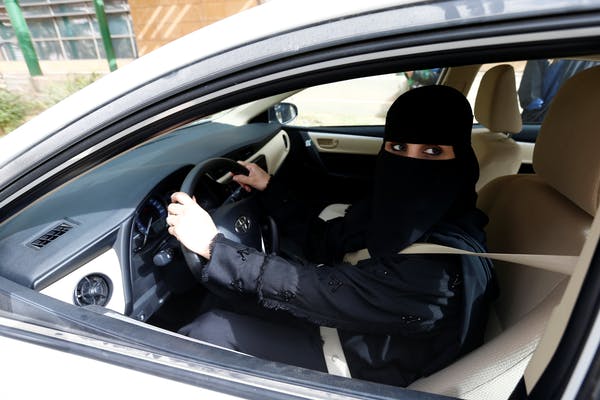 Women in Saudi Arabia have campaigned for gender equality, including the right to drive cars. Reuters/Faisal Nasser

Religion and the law worldwide

Religion is woven into the legal fabric of many post-colonial nations, with varying consequences for democracy and stability.

After its 1948 founding, Israel debated the role of Jewish law in Israeli society. Ultimately, Prime Minister David Ben-Gurion and his allies opted for a mixed legal system that combined Jewish law with English common law.

And throughout the 19th century, judges in the U.S. regularly invoked the legal maxim that “Christianity is part of the common law.” Legislators still routinely invoke their Christian faith when supporting or opposing a given law.

Political extremism and human rights abuses that occur in those places are rarely understood as inherent flaws of these religions.

When it comes to Muslim-majority countries, however, Sharia takes the blame for regressive laws – not the people who pass those policies in the name of religion.

Fundamentalism and violence, in other words, are a post-colonial problem – not a religious inevitability.

For the Muslim world, finding a system of government that reflects Islamic values while promoting democracy will not be easy after more than 50 years of failed secular rule. But building peace may demand it.