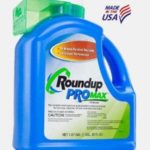 “If a company like [Monsanto] won’t support us, then who will?” the head of the American Council on Science and Health wrote to a Monsanto scientist in 2015. A day later came the reply: “[T]he answer is yes…. [D]efinitely count us in!!”

Emails between Monsanto and the American Council on Science and Health, or ACSH, and related internal Monsanto emails were first made public during the trial last July of a lawsuit by a former California school groundskeeper who was diagnosed with non-Hodgkin lymphoma after using Roundup. The jury awarded Dewayne “Lee” Johnson $289 million in punitive and compensatory damages, later reduced by the judge to $78 million.

The internal Monsanto/ACSH emails reappeared as evidence in the most recent lawsuit to go before a court, brought by a California couple who were both diagnosed with non-Hodgkin lymphoma after decades of using the herbicide. In May, the jury ordered Bayer-Monsanto to pay Alva and Alberta Pilliod more than $2 billion in damages.

It was the third verdict in less than a year in which juries found that glyphosate, the key ingredient in Roundup, causes cancer and that Monsanto covered up evidence of its health risk for decades. Last year, Bayer bought Monsanto for $63 billion and is now facing tens of thousands of similar lawsuits.

The emails – here and here – show that in February 2015, Monsanto was working with ACSH to prepare for the expected fallout from a pending report on the safety of glyphosate by the International Agency for Research on Cancer, or IARC. The following month the IARC, part of the World Health Organization, would release a report that classified glyphosate as “probably carcinogenic to humans.”

Anticipating the report, Gilbert Ross, then the acting head of ACSH, asked Monsanto for support, “particularly if ACSH’s commentary is needed to critique an adverse outcome.”

On Feb. 26, Dr. Daniel Goldstein, the head of medical sciences and outreach at Monsanto, wrote to several colleagues, urging them to support continued payment to ACSH for its work.

Later that day, after his colleagues expressed reservations, Goldstein wrote: But on March 16, just days before the IARC’s report, the ACSH’s Ross wrote to Goldstein complaining the group has still not received payment for its work on glyphosate: Goldstein replied “count us in!!,” and Ross wrote back: “Great news, thanks Dan.”

From the emails, it is unclear how much Monsanto paid ACSH to defend the company and its weedkiller. But since the IARC report, ACSH has posted dozens of blogs or releases attacking scientists or organizations that have raised concerns about the health risks of glyphosate exposure. ACSH officials have also been quoted in news media reports, accusing EWG – “an alarmist group” – and other glyphosate critics of scare tactics.

According to ACSH’s website, the group is a “consumer advocacy organization” that does “not represent any industry.” But in 2013 Mother Jones reported that an internal ACSH document showed the organization received more than $390,000 in that year from corporations and large private foundations, including $30,000 from Bayer Cropscience, $22,5000 from the Chinese-owned pesticide and seed company Syngenta, and $30,000 from chemical giant 3M, among many others.

The ACSH document also lists Monsanto among “potential sources of support from previous donors.” As the recently released emails show, that potential was soon realized.