In Memory of Binyavanga Wainaina, a Literary Gangster

Binyavanga Wainaina inspired me and a whole generation of Kenyans to put pen to paper. 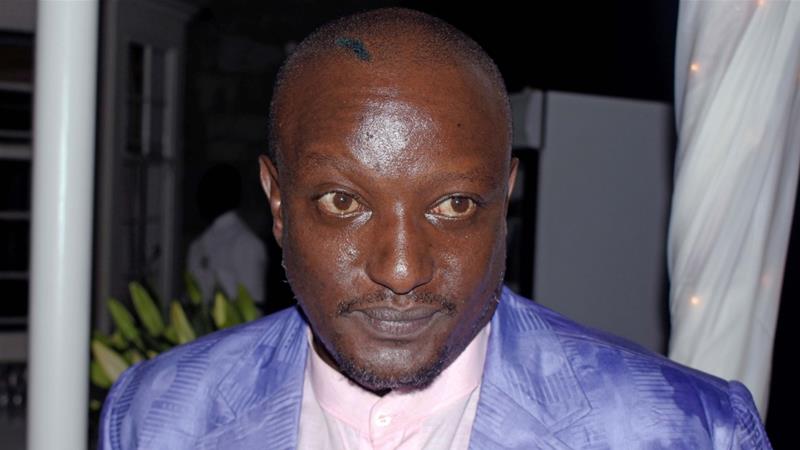 Kenyan writer Binyavanga Wainaina died on May 21 after a short illness.
[File: Reuters]

When I was 21, in my third year of university, I was on what was called an “attachment” – a kind of internship required by the Kenyan university system, where undergraduate students would work at institutions in their field and gain work experience, that would then count towards their final grade at graduation.

I was pursuing a Bachelor of Science degree in Biomedical Science and Technology, a course that I was excelling in – at least on paper – but which was actually just moderately enthusiastic about. The reason for this is that I felt it was asking the wrong questions of me: it required a lot of memorisation and recall, which I could do reasonably well, but a part of me kept asking – is this all there is? Is this all that I can do?

Every morning, I would head out to the malaria research lab that I was working in, and meticulously examine and record the details of samples of the plasmodium parasite under a microscope. And every evening after getting home, I would go straight to bed, under the spell of strange lethargy that I could not shake off no matter how hard I tried to. The drudgery of lab work was killing me.

By that time, a few well-worn copies of the Kwani? literary magazine, which Binyavanga had cofounded a couple of years before, had been circulating among a group of my university friends. We would read the stories voraciously, laughing aloud and re-telling them to each other, and really being astonished that such a thing existed in our world at all.

Kwani? was a journal of experimental writing, bold and unapologetic, a strident declaration announcing the presence of a new generation of young Kenyan writers. We had grown up knowing that a whole cadre of Kenyan writers had fled abroad during the dark days of political repression in the 1980s, and remained in exile. Writing was something that seemed unwise, if not dangerous, regardless of your talent or interest in it.

And yet – here was Kwani?, and Binyavanga Wainaina, Parselelo Kantai, Andia Kisia, Billy Kahora, Jackie Lebo and David Kaiza, announcing new possibilities, giving us the words to articulate our reality as young Africans in the early to mid-2000s, shining a hard light on the dark corners we preferred to look away from. They took on seasoned university professors who dismissed them as impulsive and indisciplined. They were derided as literary gangsters, and then one of them, Tony Mochama, actually wrote a collection of poems he titled, What If I Am Literary Gangster?

During my attachment, I stumbled upon a poster – on a very nascent Facebook – that Kwani? would be hosting a literary festival. I spent a day turning it over in my mind, and the next day asked for a week off from the lab. I didn’t explain I was attending a literary festival; somehow, my supervisors didn’t ask or seem to care. And the rest, as they say, is history. It was that week in August, after breathing the same air with these literary giants that I told myself – This is what I want to do with my life.

Binyavanga Wainaina died yesterday at the age of 48, and I am not worthy to carry his coffin here. All I can say that so many young Kenyan writers today credit Kwani? as being the space where dreams were made possible. Kwani? opened our eyes and untied our tongues. And Binyavanga himself was a writer’s writer, whose unique stream-of-consciousness prose and choppy sentence style we all unashamedly tried to copy.

Without a doubt, his 2005 essay, How To Write About Africa, published in Granta magazine was his most read and most influential, a mere 1,373 words of the most biting satire you will ever read.

When I received news of his death, I was at a conference in the Mara, the exact setting that the essay mercilessly pillories, at least the Mara as it exists in the popular white imagination. We had literally just spoken about the essay the day before, as an example of the kind of work that really, truly, speaks truth to power.

Binyavanga is gone, but he lives on in the lives, work and imagination of a whole generation of writers and journalists in Kenya today and beyond. He lived his truth in a place that is very frequently hostile to people that dare step outside the box.

The space he created, and the freedom that he made a possibility, was the reason I could face my disappointed mother after graduation and tell her that I wasn’t going to be a malaria researcher and would try my hand at writing.

He publicly came out as gay in 2014, in a country where homosexuality is criminalised, becoming the only openly gay public figure that I know of in this country. The trajectory he set for us, by his life, his courage, and his inspiration, cannot be understated, and it is our responsibility to stay on course.

One day, I will write about this place. But for now, Rest in Peace, Kenneth Binyavanga Wainaina.

Christine Mungai is a writer and journalist, in Nairobi, Kenya.