The Ongoing Dread in Gaza: So Many Names, So Many Lives

“I felt shaky and uneasy all day, preparing for this talk.”
— Jehad Abusalim, a Palestinian from the territory of Gaza 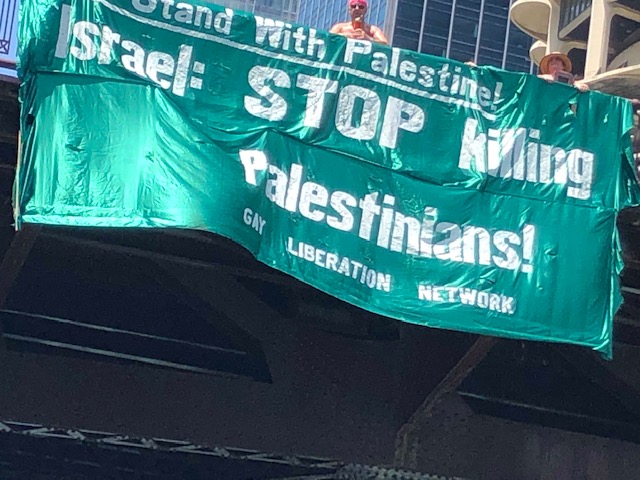 23 Jul 2019 – Jehad Abusalim, a Palestinian now living in the United States, grew up in Gaza. In Chicago last week, addressing activists committed to breaking the siege of Gaza, he held up a stack of 31 papers. On each page were names of 1,254 Palestinians living in Gaza who had been killed in just one month of Israel’s “Operation Protective Edge” attacks five years ago.

“I felt shaky and uneasy all day preparing for this talk,” he told the group. He described his dismay when, looking through the list of names, he recognized one of a young man from his small town.

“He was always friendly to me,” Abusalim said. “I remember how he would greet me on the way to the mosque. His family and friends loved him, respected him.”

Abusalim recalled the intensity of losing loved ones and homes; of seeing livelihoods and infrastructure destroyed by aerial attacks; of being unable to protect the most vulnerable. He said it often takes ten years or more before Palestinian families traumatized by Israeli attacks can begin talking about what happened. Noting Israel’s major aerial attacks in 2009, 2013, and 2014, along with more recent attacks killing participants in the “Great March of Return,” he spoke of ongoing dread about what might befall Gaza’s children the next time an attack happens.

Eighty people gathered to hear Abusalim and Retired Colonel Ann Wright, of US Boats to Gaza, as they helped launch the “Free Gaza Chicago River Flotilla,” three days of action culminating on July 20 with a spirited demonstration by “kayactivists” and boaters, along with onshore protesters, calling for an end to the siege of Gaza. Wright resigned from her post as a U.S. diplomat when the United States launched the 2003 Shock and Awe bombing of Iraq. Having participated in four previous international flotillas aiming to defy Israel’s naval blockade of Gaza’s shoreline, Wright is devoting her energies preparing for a fifth in 2020. 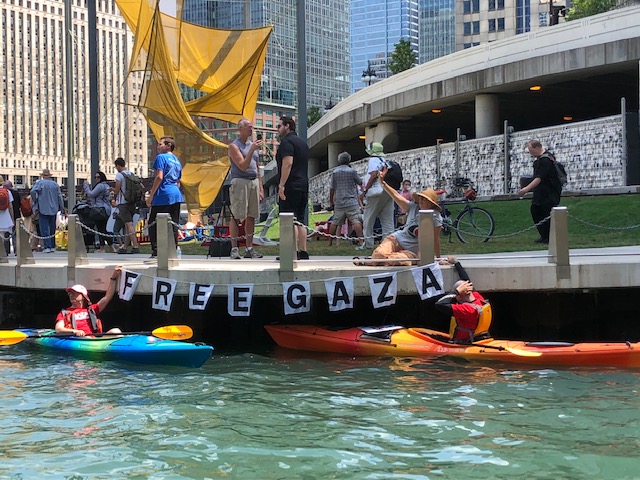 Another organizer and member of US Boat to Gaza, Elizabeth Murray, who like Wright formerly worked for the U.S. government, recalled being in a seminar sponsored by a prestigious think tank in Washington, D.C., when a panel member compared Israeli attacks against Palestinians with routine efforts to “mow the lawn.” She recounted hearing a light tittering as the D.C. audience members expressed amusement. But, Murray said, “Not a single person objected to the panelist’s remark.” This was in 2010, following Israel’s 2009 Operation Cast Lead, which killed 1,383 Palestinians, 333 of whom were children.

Abusalim’s colleague at the American Friends Service Committee, Jennifer Bing, had cautioned Chicago flotilla planners to carefully consider the tone of their actions. A colorful and lively event during a busy weekend morning along Chicago’s popular riverfront could be exciting and, yes, fun. 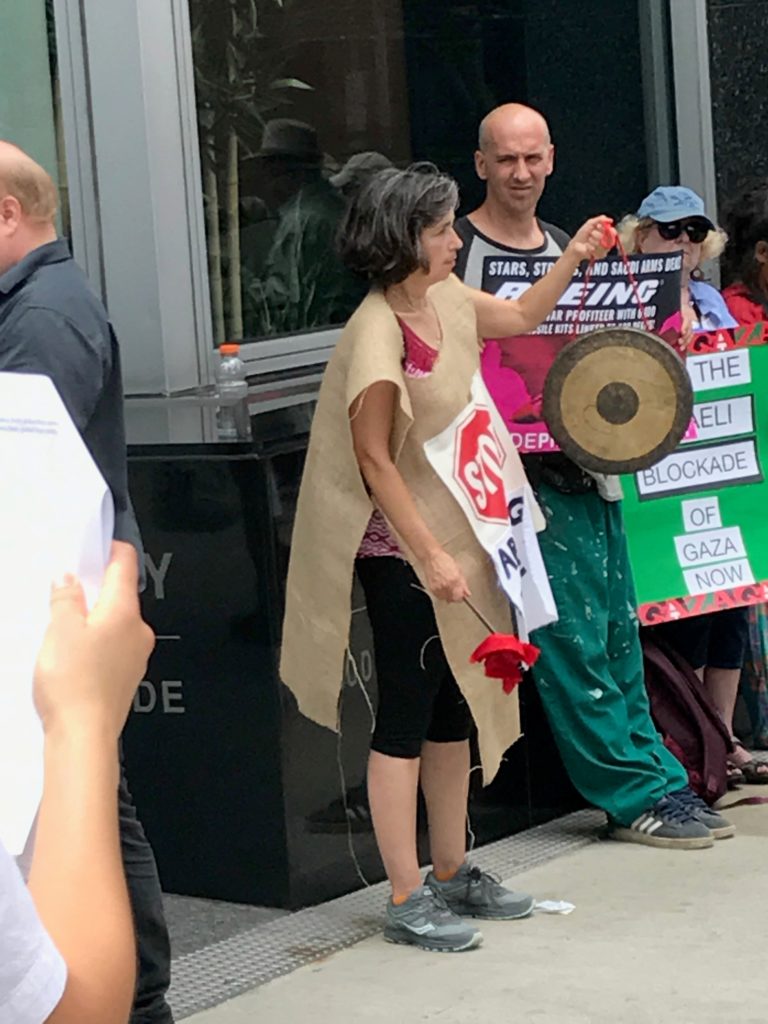 But Palestinians in Gaza cope with constant tension, she noted. Denied freedom of movement, they live in the world’s largest open-air prison, under conditions the United Nations has predicted will render their land uninhabitable by 2020. Households get four to six hours of electricity per day. According to UNICEF, “sewage treatment plants can’t operate fully and the equivalent of forty-three Olympic-sized swimming pools of raw or partly treated sewage is pumped into the sea every day.”

Facing cruel human rights violations on a daily basis, the organizers urge solidarity in the form of boycotts, divestment, and sanctions. U.S. residents bear particular responsibility for Israel’s military attacks against civilians, they note, as the United States has supplied Israel with billions of dollars for military buildup.

During the 2009 Operation Cast Lead, I was in Rafah, Gaza, listening to children explaining the difference between explosions caused by F-16 fighter jets dropping 500-pound bombs and Apache helicopters firing Hellfire missiles.

On July 19, young Palestinians outside of the Israeli consulate read aloud the names of people who had, five years ago, been killed in Gaza. We listened solemnly and then proceeded to Boeing’s Chicago headquarters, again listening as young people read more names, punctuated by a solemn gong after each victim was remembered. Ultimately, 2,104 Palestinians, more than two-thirds of whom were civilians, including 495 children, were killed during the seven-week attack on the Gaza Strip in 2014.

During the Free Gaza Chicago River flotilla on July 20, Husam Marajda, from the Arab American Action Network, sat in a small boat next to his grandfather, who was visiting from Palestine. His chant, “From Palestine to Mexico, all the walls have got to go!” echoed from the water to the shore. Banners were dropped from bridges above, the largest reading, “Israel, Stop Killing Palestinians.”

Kayakers wore red T-shirts announcing the “Gaza Unlocked” campaign and managed to display flags, connected by string, spelling out “Free Gaza.” Passengers on other boats flashed encouraging peace signs and thumbs up signals. Those processing along the shore line, carrying banners and signs, walked the entirety of our planned route before a sergeant from the Chicago Police Department arrived to say we needed a permit.

We can’t permit ourselves to remain silent. Following the energetic flotilla activity, I sat with several friends in a quiet spot. “So many names,” said one friend, thinking of the list Abusalim had held up. “So many lives,” said another.

A version of this article first appeared in The Progressive.

Anticopyright: Editorials and articles originated on TMS may be freely reprinted, disseminated, translated and used as background material, provided an acknowledgement and link to the source, TMS: The Ongoing Dread in Gaza: So Many Names, So Many Lives, is included. Thank you.

One Response to “The Ongoing Dread in Gaza: So Many Names, So Many Lives”