The research could eventually lead to new sources of organs for transplant, but ethical and technical hurdles need to be overcome. 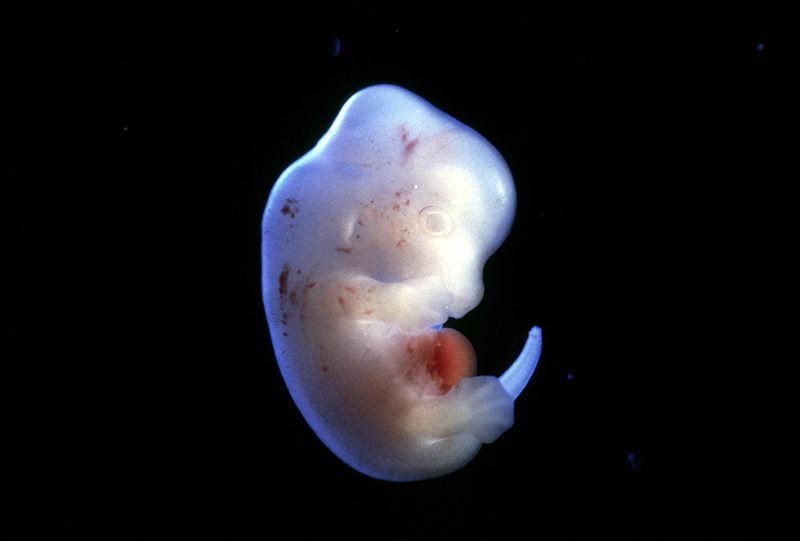 26 Jul 2019 – A Japanese stem-cell scientist is the first to receive government support to create animal embryos that contain human cells and transplant them into surrogate animals since a ban on the practice was overturned earlier this year.

Hiromitsu Nakauchi, who leads teams at the University of Tokyo and Stanford University in California, plans to grow human cells in mouse and rat embryos and then transplant those embryos into surrogate animals. Nakauchi’s ultimate goal is to produce animals with organs made of human cells that can, eventually, be transplanted into people.

Until March, Japan explicitly forbade the growth of animal embryos containing human cells beyond 14 days or the transplant of such embryos into a surrogate uterus. That month, Japan’s education and science ministry issued new guidelines allowing the creation of human–animal embryos that can be transplanted into surrogate animals and brought to term.

Human–animal hybrid embryos have been made in countries such as the United States, but never brought to term. Although the country allows this kind of research, the National Institutes of Health has had a moratorium on funding such work since 2015.

Nakauchi’s experiments are the first to be approved under Japan’s new rules, by a committee of experts in the science ministry. Final approval from the ministry is expected next month.

Nakauchi says he plans to proceed slowly, and will not attempt to bring any hybrid embryos to term for some time. Initially, he plans to grow hybrid mouse embryos until 14.5 days, when the animal’s organs are mostly formed and it is almost to term. He will do the same experiments in rats, growing the hybrids to near term, about 15.5 days. Later, Nakauchi plans to apply for government approval to grow hybrid embryos in pigs for up to 70 days.

“It is good to proceed stepwise with caution, which will make it possible to have a dialogue with the public, which is feeling anxious and has concerns,” says science-policy researcher Tetsuya Ishii of Hokkaido University in Sapporo, Japan.

Some bioethicists are concerned about the possibility that human cells might stray beyond development of the targeted organ, travel to the developing animal’s brain and potentially affect its cognition.

Nakauchi says these concerns have been taken into consideration in the experiment design. “We are trying to do targeted organ generation, so the cells go only to the pancreas,” he says.

The strategy that he and other scientists are exploring is to create an animal embryo that lacks a gene necessary for the production of a certain organ, such as the pancreas, and then to inject human induced pluripotent stem (iPS) cells into the animal embryo. iPS cells are those that have been reprogrammed to an embryonic-like state and can give rise to almost all cell types. As the animal develops, it uses the human iPS cells to make the organ, which it cannot make with its own cells.

In 2017, Nakauchi and his colleagues reported the injection of mouse iPS cells into the embryo of a rat that was unable to produce a pancreas. The rat formed a pancreas made entirely of mouse cells. Nakauchi and his team transplanted that pancreas back into a mouse that had been engineered to have diabetes. The rat-produced organ was able to control blood sugar levels, effectively curing the mouse of diabetes1.

But getting human cells to grow in another species is not easy. Nakauchi and colleagues announced at the 2018 American Association for the Advancement of Science meeting in Austin, Texas, that they had put human iPS cells into sheep embryos that had been engineered not to produce a pancreas. But the hybrid embryos, grown for 28 days, contained very few human cells, and nothing resembling organs. This is probably because of the genetic distance between humans and sheep, says Nakauchi.

It doesn’t make sense to bring human–animal hybrid embryos to term using evolutionarily distant species such as pigs and sheep because the human cells will be eliminated from host embryos early on, says Jun Wu, who researches human–animal chimaeras at the University of Texas Southwestern Medical Center in Dallas. “Understanding the molecular basis and developing strategies to overcome this barrier will be necessary to move the field forward,” Wu says.

Nakauchi says the approval in Japan will allow him to attack this problem. He will be experimenting with iPS cells at subtly different stages, and trying some genetically modified iPS cells to try to determine what limits the growth of human cells in animal embryos.