The black guy in Louisiana exclaimed, as we helped ourselves to a rather good meal from his buffet, eating to our heart’s delight.

However, we have had equally good meals elsewhere, even better–certainly more sophisticated, refined, not so sweet, not so salty.

Accessible to most people in such a big population?  Maybe not.

What did that black guy know about meals around the world?

Probably not much.  But his “only in America” truth was of a deeper kind, transcending all the prejudice, discrimination, killing even lynching, he and his kind had been exposed to.

The knowledge was rooted in his US guts.

I write this in L’Alfàs–the Valencian spelling–Alfaz in Castellan (not “Spanish,” which is like calling German “Swiss”).

And I used to feel that the z part in the x-y-z triple ending the alphabet bestowed dignity on this little place that became our home.

Enough of that, we return to US, the state, the United States in America (the continent), not of America (there are 34 other states).

WASP, “White Anglo-Saxon Protestant” wells up from the past, echoed by president Trump, who adds M for male.  WASPM.  Male Wasp.

Wasps sting.  And they have been stinging, indeed, and still do.

And yet, watch, what do we see right now in the US, for our eyes?

The focus of the whole country, and hence of much of the world, is now on some DMCMRW–“Dark Multi-cultural Multi-religious” women–strong, eloquent; speaking truth to power.  They have been suffering, they have been fighting; like the black Louisiana man and his people.

It will still take some time, but they will all make it.

The United States in America is a rolling agenda.

Dark comes up, women come up, dark women come up–and that is more than the sum of the two.  What is next in line, now coming up?

Cripples come up, handicapped, and are given equipment that gives them dignity and participation.

Older people come up.  The retirement age is there as option, but increasingly old people working into retirement age–participating socially, not withdrawing into “hobbies”–is considered normal.

Strong is a country that puts to good use higher proportions of its citizens; weak the country that limits it to, for instance, WASPM. And thus it is that president, Donald J. Trump, weakens his country.  Good idea to get rid of him before he weakens the country further.

The United States is a multi-escalator country.  There are ways of getting up, into the sunshine; more ways are being opened up, and not only for the WASPMs.  They are still high up, but now increasingly surrounded by people with those initials negated, the DMCMRWs.

It certainly was not always like that.  In the U.S. I came to in 1957, the persons portrayed on the first page of the leading papers were unmistakably WASPM.  And in that the US was not alone.

So, what is next in line, coming up?

Dark and female, using the escalators, may get the upper hand.   White and male may withdraw into some kind of ghettos of own making, possibly built around “hobbies” more than around work and position. But color parity, gender parity and color-gender parity will press on.

Cultural parity, pluralism, has long been a US hallmark, with so many enclaves for the atypical that it becomes typical.  The same will happen to color, gender and color-gender; they will meet, as humans.

Animals may be the next in line; many are already “coming up”.

A too positive US picture?  As mentioned, there is no denial of prejudice, discrimination, suffering.  But the point is that in the US fighting helps, works, succeeds.  Look at the faces now on US media.

With a huge exception: the indigenous.  It was their country till it was conquered and colonized from the outside by that super-arrogant nation, the British.  Or English rather, less so the Scots, the Welsh.

US: a country of immigrants.  Yes, but does that not apply to all countries except on the east coast Africa, where it all started?

But not with such enormous numbers of such different peoples within such a short time span.  The ships making that long Atlantic voyage were sailing in a line within viewing distance of each other.

Mutual tolerance was not an option, but a deed of necessity; more or less practiced.  When “more” a diverse, symbiotic US emerged; when “less” a poor and narrow-minded US.  They are both there today; the former more in the North, the latter more in the South.

The US became the envy, and a model for the world.  “Like in America, so also here”.   And thus it was that the culture of a very young country became a, maybe even the, world culture, encompassing, defining, all aspects of the ways of life and living.

Will this last forever?  Of course not! Nothing lasts forever. That multi-escalator country, all the time bringing new groups into power positions, will change.  Right now it labors under a heavy crust of ultra-conservative Republicans.

Some US citizens travel the world searching for “the old US” may find the US culture at its best outside the US, as the US Way of Life; liberated from the concerns and the violence of making the US also prevail militarily, economically and politically over all others.

About the US future?  As a state: down, down, down whether militarily, economically or politically; as the world’s culture and way of life–if there ever was and is one: up, up, up.  And both very fast right now. 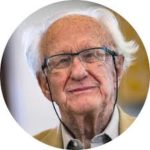 * My thanks to Satoshi Ashikaga for asking me to write this editorial.