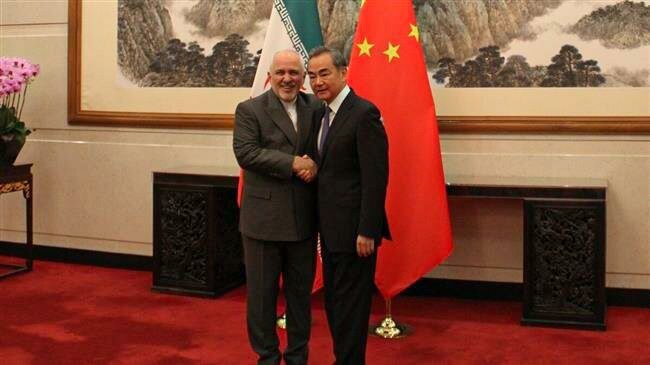 9 Sep 2019 – Iranian Foreign Minister Mohammad Javad Zarif was in Beijing recently for what turns out to have been the biggest triumph of his career. China has decided it has nothing further to fear from the Trump administration, and has decided to incorporate Iran into its One Belt, One Road plan with investments totaling some $400 billion.

I suspect Iran would rather have had this deal with Europe, but Trump breached the 2015 Iran nuclear deal and slapped severe sanctions on Tehran, and has been bullying big European firms into joining the financial blockade.

PressTV’s coverage of the foreign minister’s visit to China

Iran had to seek its economic future with China, whether it likes it or not.

To guard the China-built oil and gas facilities, China will put 5,000 People’s Liberation Army troops into Iran. This troop presence in that country will be as big as the US military footprint in today’s Iraq or what the Pentagon plans for Afghanistan in 2020.

It is likely meant as a deterrent to US adventurism (visible in Iraq and Afghanistan), inasmuch as any major US military strike on or action against Iran would risk hitting Chinese army personnel and spiking tensions with a nuclear power.

China bought nearly a million barrels a day of petroleum from Iran last month, and probably more, since it buys Iranian oil and keeps it floating offshore as a reserve. It is only accounted for if it is actually offloaded at a port.

Under US severe sanctions, Iran’s exports had fallen to almost nothing last spring. The US Treasury Department went around strong-arming countries not to buy Iranian petroleum, threatening them and their corporations with sanctions if they used dollars in their Iran trade.

China is getting around these US sanctions in part by paying Iran in the soft currencies from Africa and Asia that Beijing has accumulated.

It may also pay in Chinese renminbi. Iran will give China a ten percent or so discount on all its petroleum products, and then will suffer another ten to fifteen percent loss on exchanging the soft currencies in friendly European banks.

So China is getting about a quarter to a third discount in toto. But since Iran was selling almost no oil last May, 70% of something is better than 100% of nothing.

Iran has suffered since 1979 with world opprobrium over its right wing, populist revolutionary government, and US and sometimes international sanctions have deterred the international oil and gas companies from developing Iranian fields. Iran still has no expertise in liquefied natural gas (LNG).

China plans to step in with large development projects of Iranian oil and gas , according to Global Construction Review. Iran will buy all its equipment in this sector from China, giving Beijing a monopoly. In addition, China will build new pipelines and roads, putting $120 bn. into transportation networks. One of the pipelines will take natural gas to Turkey, which is also defying the Trump severe sanctions on Iran. Beijing’s plan for Iran is similar to the Chinese Pakistan Economic Corridor, except it is ten times as ambitious (CPEC is a $50 bn. or so commitment). 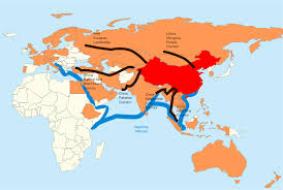 Zarif said Iran is eager to be incorporated into its massive globe-straddling “One Belt, One Road” plan to connect Asia to Europe with new sea and road and rail and pipeline infrastructure. China is clearly obliging in a massive way. This plan is one of the great turning points in modern geopolitics. And it is the first such highly significant development since WW II to leave the United States completely on the sidelines.

Iranian FM Zarif: Iran wants to be a major stop in B&R: