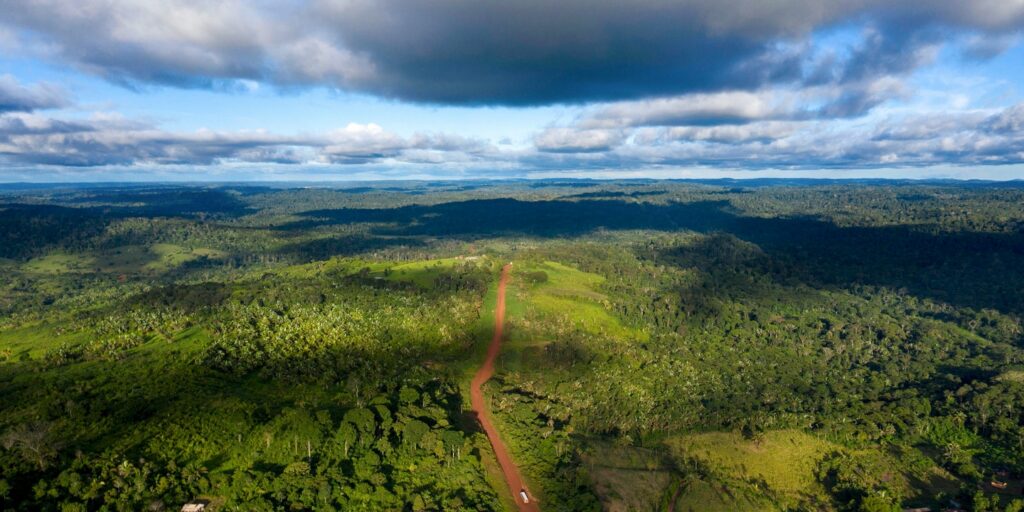 23 Aug 2019 – This summer, fires are being used to clear wide swaths of the Amazon at an unprecedented rate. One-fifth of the Amazon has already been destroyed in the past 50 years; further industrialization of the rainforest risks destroying another fifth, a loss that would be catastrophic for the global ecosystem.

The disaster is widely blamed on interests seeking to clear the world’s largest rainforest for cattle ranching, mining, and export-focused agribusiness.  Documents reveal that those interests are being pushed in the U.S. by Republican lobbyists, friendly with President Donald Trump’s administration, who entered into talks with the Brazilian government to promote corporate investment in the Amazon.

Related: On the Front Lines of Bolsonaro’s War on the Amazon, Brazil’s Forest Communities Fight Against Climate Catastrophe

The crisis in the Amazon comes as Brazil is now governed by an administration openly hostile to environmental concerns and Indigenous communities. President Jair Bolsonaro, a former Army captain once viewed as a fringe figure in Brazilian politics, has referred to himself as “Captain Chainsaw” for his drive to promote logging and agribusiness in the Amazon.

Shortly after taking office in January, Bolsonaro slashed funding for Brazil’s main environmental agency by 24 percent. And this week, after a report by Brazil’s space research center revealed that fires in the Amazon are up 83% this year, Bolsonaro blamed the fires on international NGOs rather than his own anti-environmental policies.

Meanwhile, a member of the Brazilian government has contracted with Washington lobbyists to continue selling land and destroying the forest.

In June, Wilson Lima, the governor of the state of Amazonas, a northwestern province in Brazil that governs approximately a third of the Amazon, including the epicenter of the current forest fire crisis, began work with the Interamerica Group, a Washington, D.C.–based lobbying firm founded by Jerry Pierce Jr. Kellen Felix, a Brazilian national and vice president at Interamerica Group, is also listed in a disclosure filing for work with the state of Amazonas. Lima, elected last year, is a member of PSC, a conservative party affiliated with the Assembly of God, a rapidly growing Pentecostal church in Brazil.

The initial filings, disclosed under the Foreign Agents Registration Act through the Department of Justice, which regulates foreign lobbying, show that Pierce was tapped to represent Lima’s government in meetings with federal agencies and Congress.

The Interamerica Group has also already filed an informational packet assembled for U.S. companies on behalf of the Brazilian governor, promoting the Amazon region for its development potential. The packet lists mining, agribusiness, and the “Gas Chemical Industry” as “Opportunities” for American businesses — among the “Challenges” for these potential businesses is to “Ensure Forest Conservation.”

A packet, disclosed by the Interamerica Group, advertising the Amazon to business interests. Document: FARA disclosure.

In response to an inquiry from The Intercept, Pierce said that a final contract has not been signed. “Unfortunately the state of Amazon decided to hold off on contracting our firm for an indefinite period. Perhaps it will revisited in 2020,” Pierce wrote. He did not respond to a question about why his firm was already producing communications on behalf of the Lima government.

Pierce has written extensively on how both Trump and Bolsonaro are a boon for increased American business in Brazil. “Under a President Trump,” Pierce wrote in 2017 blog post on his company’s website, Brazil stands to become “a world leader in industries such as agribusiness, mining, banking, and aviation.” In more recent posts, Pierce celebrates the rise of right-wing Bolsonaro, declaring, “Donald Trump paved the way for a Bolsonaro victory.”

Pierce also previously served as an official at the Department of Housing and Urban Development during the administration of George H.W. Bush, and was a prominent fundraiser for President George W. Bush. Under George W. Bush, he achieved “Pioneer” status, an accolade given to supporters who raised at least $100,000 for Bush’s campaigns. In 2009, Pierce pleaded guilty to making illegal “conduit contributions,” a term that refers to campaign contributions made under another person’s name. He served three years probation.

Images on social media show Pierce, Felix, and other Interamerica Group officials appearing, in Pierce’s description, with members of President Donald Trump’s administration and at conservative movement events, including the CPAC convention and with Turning Point USA.

Lima is not the only regional official to forge ties with Trump-friendly politicians.

The Intercept previously reported that Lima’s predecessor, Gov. Amazonino Mendes, signed a controversial $1.6 million contract with Giuliani Safety & Security, a consulting firm affiliated with Rudy Giuliani, now a lawyer for Trump. The state of Amazonas has struggled with persistent poverty, drug smuggling, and crime — problems Mendes promised to solve through the contract with Giuliani’s firm.

The discussions with the Interamerica Group are among many American ties to business expansion into the Amazon. In April, the Brazil-American Chamber of Commerce, a trade group representing major banking and commodity interests, held an event on how U.S. investors can take advantage of Brazilian agribusiness in the current political climate.