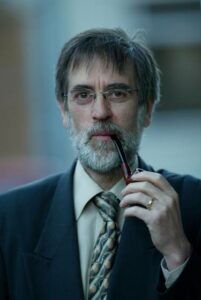 I first met Ciaran and his late wife Marianne in August l976 and am deeply grateful to have known them and their family since.

Ciaran died peacefully in his home in Belfast with his family after a long illness due to cancer.  My husband Jack and I visited Ciaran in his home several weeks ago.   He was very weak but his spirit was peaceful and calm as he joked and puffed on his beloved pipe, served us tea and shared his gratefulness at having such a wonderful wife, family, and a great life!

Ciaran had indeed a great life and was deeply grateful for his wife Marianne–whom he met at Queens University, Belfast when he campaigned as student leader for Civil Rights in the 1960’s.

When the Peace People started in August l976 at the height of the troubles in Northern Ireland, it was Ciaran (a political journalist) who courageously took the Peace Leadership (giving up his job and becoming a volunteer in spite of the fact that his fifth child was soon due) and joined myself and Betty Williams in co-founding the Peace People. 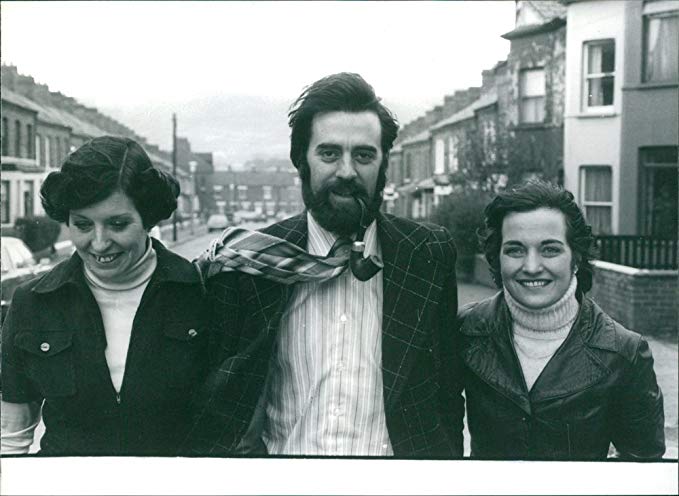 Ciaran, a Pacifist and dedicated to nonviolence as a way of life and alternative to violence, was well prepared for the hard rocky sailing from violence to nonviolence and steered the Peace People boat through the turbulent waters of Northern Irish ‘troubles’ and politics. Whilst Betty and I were recognized with the awarding of the Nobel Peace Prize (1976) for our contribution to peacemaking, I deeply regret that Ciaran, who wrote the Peace People Declaration, planned Rallies and directed the Movement was not awarded the Nobel Peace Prize, which he so richly deserved.

With Ciaran at the steering wheel of the Movement, the Peace People together with many others was to help bring about a 70 percent decrease in the rate of violence; indeed it helped turn Northern Ireland back from the brink of civil war into calmer waters.  Ciaran’s writings, ‘The Peace Declaration’, ‘The Person of Peace,’ ‘The Passion of Peace’ among others are all deeply inspirational  and I hope that increasingly the young people of Northern Ireland will be inspired by them and work for peace and nonviolence.

I feel deeply privileged to have known Ciaran and Marianne and will be forever grateful they became part of my life since l976.  Ciaran was above all a man of truth, a great writer and journalist, who together with his wife and family paid a high price for peace and truth-telling as he willingly made sacrifices and took risks for peace.

We were all enriched by the gift of his presence and his vision of Peace, and I believe the best way to remember him is to be truth-tellers and peacebuilders in N. Ireland and in the world.

Anticopyright: Editorials and articles originated on TMS may be freely reprinted, disseminated, translated and used as background material, provided an acknowledgement and link to the source, TMS: Peace People Founder Ciaran McKeown Dead at 76, is included. Thank you.