An Englishman had written many years ago that his home was his castle, meaning thereby that he could do what he wanted in his home and no one could enter it without permission.

That was so long ago that it did not apply to my mother, Tulsi, who kept on changing homes ever so often. Or maybe she was used to be evicted from the one room tenement that went for home for her and her two children — myself and my younger sister.

For my mother and father, changing homes could never be as traumatic as the forceful eviction from their home in Lahore when India was divided into two countries in 1947 — India and Pakistan.

Not only were they forced to leave home, they lost their belongings, they lost their jobs, like millions of other people and became refugees in a place called Moga just across the Indo-Pak border. Like any refugee, they suffered mentally and physically with their two children. Two other children lived with their Aunt. After some months my father was able to get a job in a College but my mother was not so lucky.

However luck did favour her after a few months of living the dismal refugee life when a friend of hers wrote a letter asking her to come to Delhi where there were several openings for school teachers.

With hope and a small amount of money she left for Delhi promising us that she would call us to Delhi soon. She was lucky to find a job and soon we were with her in the single room servant quarter in a home belonging to an Indian official. The quarter was located in what was called Lumsden Square (named after a British General).

A few months later my mother was forced to change home and this time we moved to Foch Square. But changing homes had become a regular pattern for us. We were too young to know but mother must have had to deal with the situation bravely. Another few months and another shift — this time to Gole Market. Fortunately both my sister and I had got admission to nearby schools— separate for boys and girls, and we could walk down to our schools. Another movement to Gole Market but again within walking distance from our schools,

Life and schooling were pleasant until another shift to a distant place called Karol Bagh became necessary. Why we had to move so often, we did not know, but we accepted the change without any worries having full faith and confidence in our mother. My father in one of his rare visits to Delhi had bought me a brand new bicycle of which I was very proud. I used to cycle to my school from Karol Bagh with sister sitting behind me.

The house we moved to, in a street called Naiwala Gali, was an interesting place. There were several refugees who mainly spoke in Punjabi language, living nearby. I learnt how to speak this language in addition to other languages we spoke at home — Sindhi, Hindi, English and a smattering of French I learnt at school.

But even in Karol Bagh we moved to two other places each providing me memories and making me feel nostalgic. Many decades later I went to see how Naiwala Gali was shaping up. It was sad to see it totally demolished and a swanky three-store apartment complex being built there.

The same feeling I had in the USA, where I stayed in a room rented from a Polish lady near the University of Massachusetts, Amherst. When I went there after about forty years, the particular house was no more. What I felt was remorse. This house and the other places where I have lived in my long life generated memories — some pleasant some sorrowful. I won’t go into these but I suppose many others have experienced these feelings and emotions especially those who faced migration due to political and historical factors. I don’t want to talk of Holocaust that was imposed in Germany by Hitler and resulted in terrible brutalities, deaths and migrations. 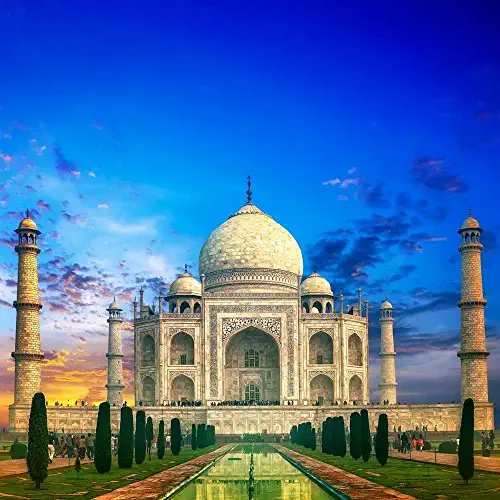 I am writing only about the emotions my family felt by moving from place to place. But as I wrote earlier, these emotions were not uncommon. In India at least two kings–not petty soldiers–had to undergo forced migration and imprisonment. One was Shah Jahan, who built the heritage Taj Mahal in Agra although his kingdom was in an old part of Delhi. Towards the latter part of his life he was imprisoned by his second son Aurangzeb in Agra Fort where he died in 1666. Shah Jahan is buried in the Taj Mahal next to his beloved wife Mumtaz Mahal.

Another Indian king who was also a poet, Bahadur Shah Zafar, the last of the Mogul dynasty, was forced to leave Delhi by the British colonial power in India and moved to Rangoon in Burma (Myanmar of today). After his death in 1862 he was buried there in Rangoon.

Such is life for ordinary people and Kings and members of nobility.

Can one hope for peace and justice in today’s troubled times?

Anticopyright: Editorials and articles originated on TMS may be freely reprinted, disseminated, translated and used as background material, provided an acknowledgement and link to the source, TMS: Moving Home, Leaving Home, is included. Thank you.