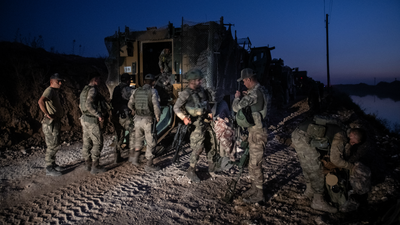 12 Oct 2019 – Here we are again: a major series of events in the Middle East accompanied by thin and misleading media coverage. Admittedly, the Mainstream Media-MSM in this instance have gotten the basic facts right – for the time being, anyway. It is the background, context and interpretation of implications that are distorted and prejudiced; also, spiked with a drizzle of lies. Par for the course.

So, a regard for some approximation of the truth prompts one to denote a few basic facts as a guide to making sense of what is going on.

An open question is whether the Kurds operating southeast of the Euphrates will continue to do the Americans’ dirty work after being sacrificed up North. We should also bear in mind that the Syrian Kurds are not united. There is a significant divide, tribally based with political overtones, between the ‘Kurds of the West’ who derive from the Ain Arab (Kobane) and Manbij region and the “Kurds of the East” concentrated in the area northeast of Hassake. The two have a history of competition and friction.   The later also have strained relations with their neighbors across the border in Zakho and Dohouk, Iraq.

The Turkish invasion and planned occupation of a border zone is concentrated in the homeland of the ‘Western Kurds.’ Were Erdogan to push farther East, he would encounter complications with the ‘Eastern Kurds’ as well as American outposts and the Syrian government’s bastion in Hassake which it has retained throughout the civil war.

The Iraqi Kurds generally are not allied with or coordinate with the YPG Kurds of Syria. The Iraqis are in the more enviable position of having constituted their own semi-autonomous statelet  – unrecognized by Baghdad but with strong backing from Washington dating back to 2003. They have no formal affiliation with the PKK, although PKK fighters from Turkey at times have taken refuge in the mountains along the border. The two dominant factions in the Iraqi zone are headed by the rival clans of Barzani and Talabani. Both place greater value on that power struggle than on the PKK movement in Turkey or the YPG’s fate. In fact, they have a pragmatic accord with Turkey for the transhipment of oil from their territory which provides crucial financing. They will check where support and money for YPG come from, and do what’s necessary to maintain the flow so as to take their cut.

Of course, Russia is ready to take advantage of every opportunity to make the United States look bad. Currently, it need do nothing more than refrain from any association with the Turkish attack. It, therefore, is totally illogical to claim that Moscow is somehow conniving with Ankara.

All of this complexity seems difficult for American policy-makers to digest – and beyond the capabilities of the MSM & guest ‘experts.’ 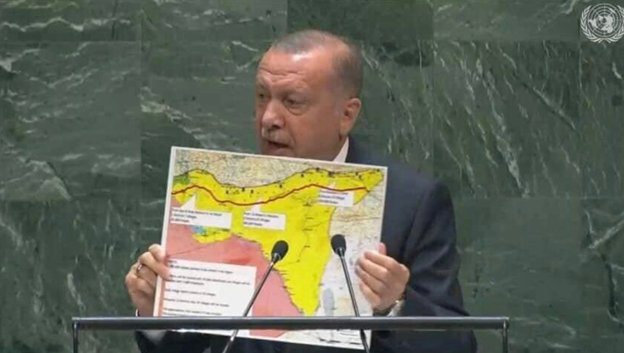 Anticopyright: Editorials and articles originated on TMS may be freely reprinted, disseminated, translated and used as background material, provided an acknowledgement and link to the source, TMS: The Kurdish-Turkish Crisis, is included. Thank you.