13 Oct 2019 – On 9 October, Turkish troops began a long-anticipated cross-border assault against the Syrian Democratic Forces, a Kurdish-led militia in northeastern Syria. The Turkish operation is code-named “Operation Peace Spring”. There is a real danger that the situation turns into “Operation Violent Winter” as many flee from the air attacks and artillery bombardments. 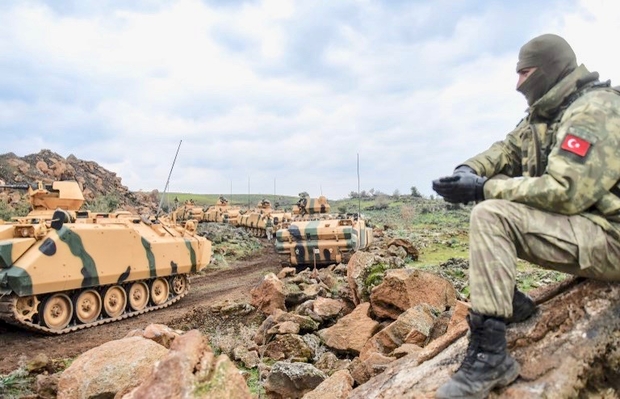 The Association of World Citizens called for a political solution that would reconcile the interests of both Turkey and the Autonomous Administration of North and East Syria – an area often referred to by the Kurds as Rojava. The area is a multi ethnic region with Kurds, Arab and Assyrian populations and smaller groups of Turkmen, Armenians, and Circassians. Relations among these groups have grown tense as a result of the conflict in Syria and the creation of the Islamic State (ISIS)

“A cycle of violence may induce dreadful consequences for civilians in the area, nearly two million people. Therefore the Association of World Citizens calls on the Turkish Government to enter into negotiations in good faith with the Autonomous Administration of North and East Syria as well as other stakeholders with a view of securing a prompt ceasefire. In addition, we are concerned that the Turkish military lives up to its obligations under international humanitarian law including refraining from carrying out attacks on civilians as well as indiscriminate and disproportionate attacks.”

For the moment, closed-door discussions in the U.N. Security Council have not led to a statement on which all can agree. States have a range of policies. Russia proposes that it can facilitate discussions between the Kurdish factions and the al-Assad government. President Trump suggested that he could mediate between the Turks and the Kurds. The position of the European States members of the Security Council is close to that of the Association of World Citizens. They call for a ceasefire. NATO leadership as well as the Chinese Ambassador at the U.N. call for “restraint”.

Thus as the current situation may grow worse, clear and dynamic leadership from non-governmental organizations is required. There should be a broad call for a ceasefire and negotiations in good faith so that common interests in a peaceful society can be put into practice.

Anticopyright: Editorials and articles originated on TMS may be freely reprinted, disseminated, translated and used as background material, provided an acknowledgement and link to the source, TMS: Turkey-Syria-Kurds Violent Conflict: Action Needed, is included. Thank you.