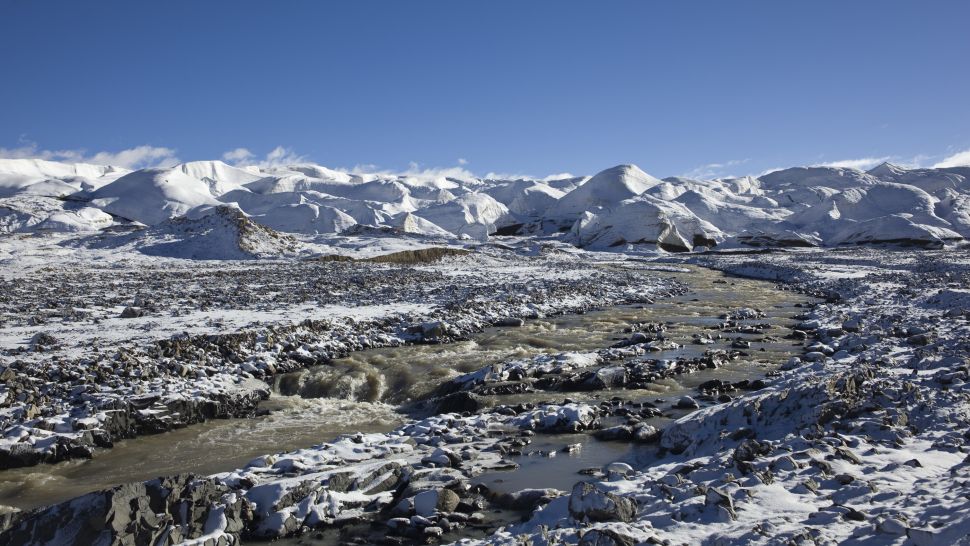 22 Jan 2020 – For the past 15,000 years, a glacier on the northwestern Tibetan Plateau has hosted a party for some unusual guests: an ensemble of frozen viruses, many of them unknown to modern science.

Scientists recently broke up this party after taking a look at two ice cores from this Tibetan glacier, revealing the existence of 28 never-before-seen virus groups.

Investigating these mysterious viruses could help scientists on two fronts: For one, these stowaways can teach researchers which viruses thrived in different climates and environments over time, the researchers wrote in a paper posted on the bioRxiv database on Jan. 7.

“However, in a worst-case scenario, this ice melt [from climate change] could release pathogens into the environment,” the researchers wrote in the study, which has not yet been peer-reviewed. If this happens, it’s best to know as much about these viruses as possible, the researchers wrote.

Studying ancient glacial microbes can be challenging. That’s because it’s extremely easy to contaminate ice core samples with modern-day bacteria. So, the researchers created a new protocol for ultraclean microbial and viral sampling.

In this case, the two ice core samples from the Guliya ice cap on the Tibetan Plateau were collected in 1992 and 2015. However, at those times, there weren’t any special measures taken to avoid microbial contamination during the core drilling, handling or transport.

In other words, the exterior of these ice cores was contaminated. But the insides were still pristine, the researchers wrote in the study. To access the inner part of the cores, the researchers set up shop in a cold room — the thermometer was set at 23 degrees Fahrenheit (minus 5 degrees Celsius) — and used a sterilized band saw to cut away 0.2 inches (0.5 centimeters) of ice from the outer layer. Then, the researchers washed the ice cores with ethanol to melt another 0.2 inches of ice. Finally, they washed the next 0.2 inches away with sterile water.

After all of this work (shaving off about 0.6 inches, or 1.5 cm of ice), the researchers reached an uncontaminated layer that they could study. This method held up even during tests in which the researchers covered the outer layer of the ice with other bacteria and viruses.

The experiment revealed 33 groups of virus genuses (also known as genera) in the ice cores. Of these, 28 were previously unknown to science, the researchers said. “The microbes differed significantly across the two ice cores,” the researchers wrote in the study, “presumably representing the very different climate conditions at the time of deposition.”

It’s no surprise that the glacier held these mysterious viruses for so long, researchers said.

“We are very far from sampling the entire diversity of viruses on Earth,” Chantal Abergel, a researcher in environmental virology at the French National Centre for Scientific Research, who wasn’t involved with the study, told Vice.

As human-made climate change melts glaciers the world over, these viral archives could be lost, the researchers noted. Research into ancient viruses “provides a first window into viral genomes and their ecology from glacier ice,” the researchers wrote in the study, “and emphasizes their likely impact on abundant microbial groups [today].”