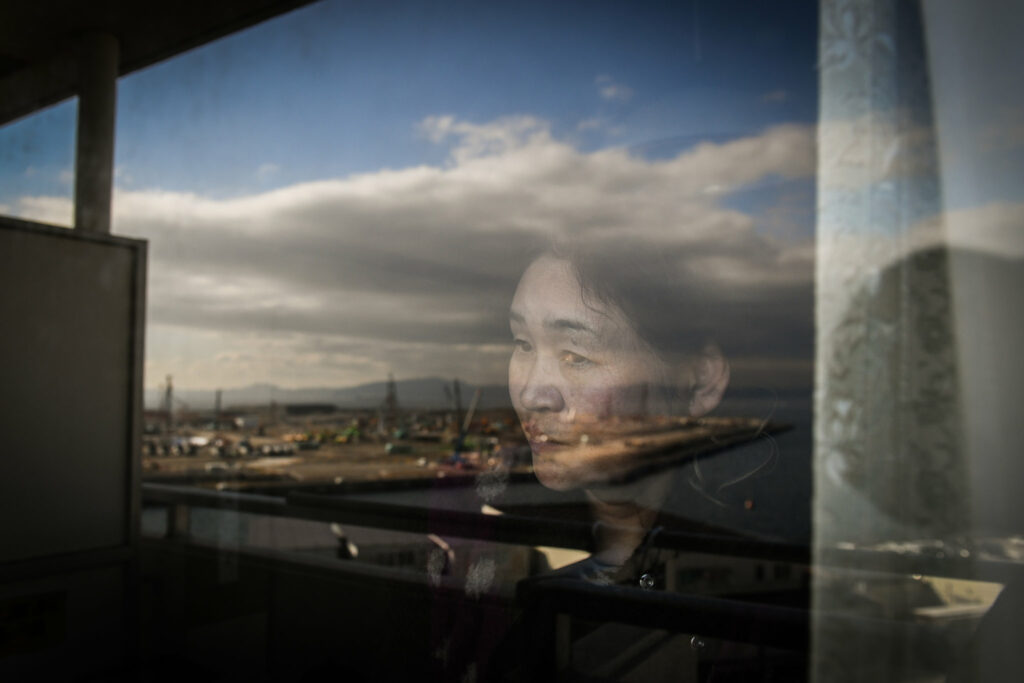 Satsuki Kanno lives across the bay from a coal-burning power plant under construction in Yokosuka, Japan. Noriko Hayashi for The New York Times

3 Feb 2020 – Just beyond the windows of Satsuki Kanno’s apartment overlooking Tokyo Bay, a behemoth from a bygone era will soon rise: a coal-burning power plant, part of a buildup of coal power that is unheard-of for an advanced economy.

It is one unintended consequence of the Fukushima nuclear disaster almost a decade ago, which forced Japan to all but close its nuclear power program. Japan now plans to build as many as 22 new coal-burning power plants — one of the dirtiest sources of electricity — at 17 different sites in the next five years, just at a time when the world needs to slash carbon dioxide emissions to fight global warming.

“Why coal, why now?” said Ms. Kanno, a homemaker in Yokosuka, the site for two of the coal-burning units that will be built just several hundred feet from her home. “It’s the worst possible thing they could build.”

Together the 22 power plants would emit almost as much carbon dioxide annually as all the passenger cars sold each year in the United States. The construction stands in contrast with Japan’s effort to portray this summer’s Olympic Games in Tokyo as one of the greenest ever.

The Yokosuka project has prompted unusual pushback in Japan, where environmental groups more typically focus their objections on nuclear power. But some local residents are suing the government over its approval of the new coal-burning plant in what supporters hope will jump-start opposition to coal in Japan.

The Japanese government, the plaintiffs say, rubber-stamped the project without a proper environmental assessment. The complaint is noteworthy because it argues that the plant will not only degrade local air quality, but will also endanger communities by contributing to climate change.

Carbon dioxide released into the atmosphere is the major driver of global warming, because it traps the sun’s heat. Coal burning is one of the biggest single sources of carbon dioxide emissions. 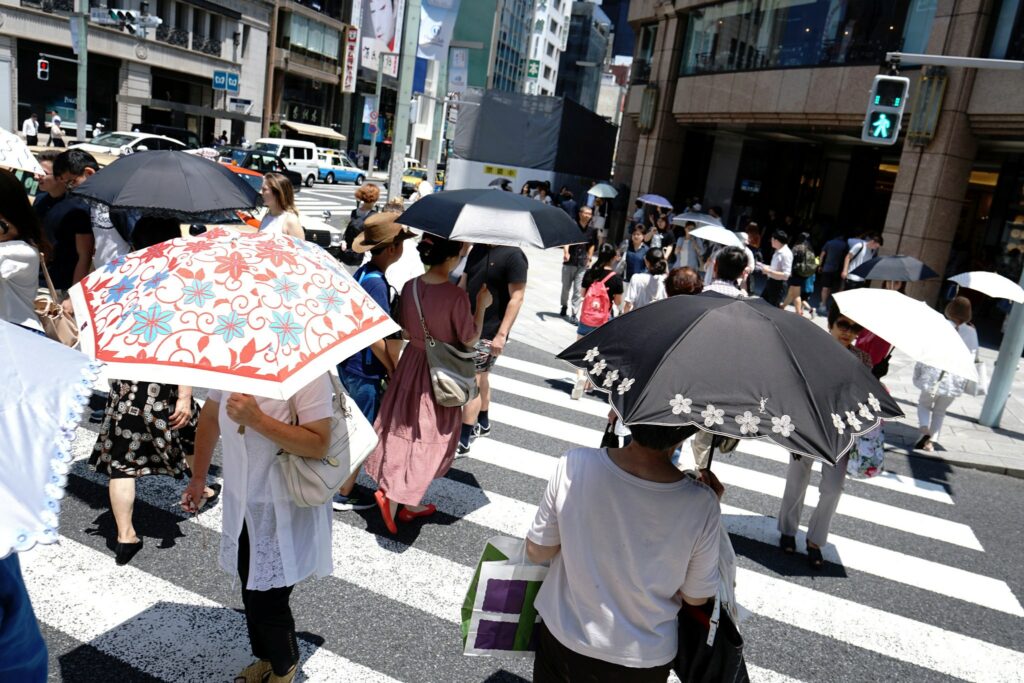 Japan is already experiencing severe effects from climate change. Scientists have said that a heat wave in 2018 that killed more than 1,000 people could not have happened without climate change. Because of heat concerns, the International Olympic Committee was compelled to move the Tokyo Olympics’ marathon events to a cooler city almost 700 miles north.

Japan has used the Olympics to underscore its transition to a more climate-resilient economy, showing off innovations like roads that reflect heat. Organizers have said electricity for the Games will come from renewable sources.

Under the Paris accord, Japan committed to rein in its greenhouse gas emissions by 26 percent by 2030 compared to 2013 levels, a target that has been criticized for being “highly insufficient” by climate groups.

“Japan touts a low-emissions Olympics, but in the very same year, it will start operating five new coal-fired power plants that will emit many times more carbon dioxide than anything the Olympics can offset,” said Kimiko Hirata, international director at the Kiko Network, a group that advocates climate action.

Japan’s policy sets it apart from other developed economies. Britain, the birthplace of the industrial revolution, is set to phase out coal power by 2025, and France has said it will shut down its coal power plants even earlier, by 2022. In the United States, utilities are rapidly retiring coal power and no new plants are actively under development. 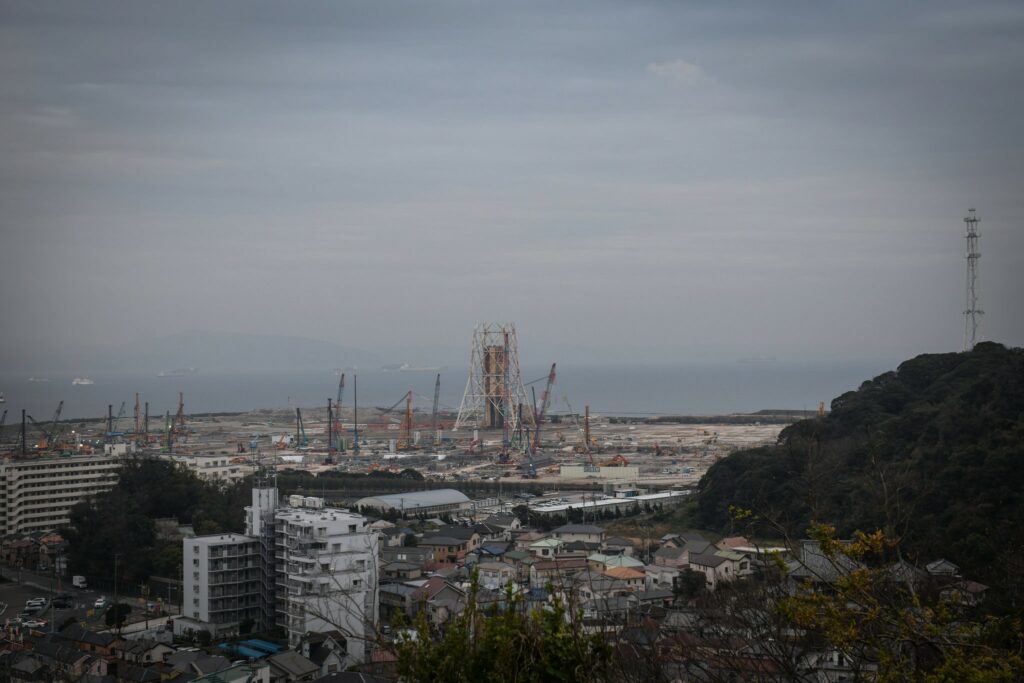 Work is under way on the Yokosuka plant, one of 22 new coal-burning facilities expected in the next five years. Noriko Hayashi for The New York Times

But Japan relies on coal for more than a third of its power generation needs. And while older coal plants will start retiring, eventually reducing overall coal dependency, the country still expects to meet more than a quarter of its electricity needs from coal in 2030.

“Japan is an anomaly among developed economies,” said Yukari Takamura, an expert in climate policy at the Institute for Future Initiatives at the University of Tokyo. “The era of coal is ending, but for Japan, it’s proving very difficult to give up an energy source that it has relied on for so long.”

Japan’s appetite for coal doesn’t solely come down to Fukushima. Coal consumption has been rising for decades, as the energy-poor country, which is reliant on imports for the bulk of its energy needs, raced to wean itself from foreign oil following the oil shocks of the 1970s.

Fukushima, though, presented another type of energy crisis, and more reason to keep investing in coal. And even as the economics of coal have started to crumble — research has shown that as soon as 2025 it could become more cost-effective for Japanese operators to invest in renewable energy, such as wind or solar, than to run coal plants — the government has stood by the belief that the country’s utilities must keep investing in fossil fuels to maintain a diversified mix of energy sources.

Together with natural gas and oil, fossil fuels account for about four-fifths of Japan’s electricity needs, while renewable sources of energy, led by hydropower, make up about 16 percent. Reliance on nuclear energy, which once provided up to a third of Japan’s power generation, plummeted to 3 percent in 2017.

The Japanese government’s policy of financing coal power in developing nations, alongside China and South Korea, has also come under scrutiny. The country is second only to China in the financing of coal plants overseas.

A target of the activists’ wrath has been Japan’s new environment minister, Shinjiro Koizumi, a charismatic son of a former prime minister who is seen as a possible future candidate for prime minister himself. But Mr. Koizumi has fallen short of his predecessor, Yoshiaki Harada, who had declared that the Environment Ministry would not approve the construction of any more new large coal-fired power plants, but lasted less than a year as minister.

Mr. Koizumi has shied away from such explicit promises in favor of more general assurances that Japan will eventually roll back coal use. “While we can’t declare an exit from coal straight away,” Mr. Koizumi said at a briefing in Tokyo last month, the nation “had made it clear that it will move steadily toward making renewables its main source of energy.”

The Yokosuka project has special significance for Mr. Koizumi, who hails from the port city, an industrial hub and the site of an American naval base. The coal units are planned at the site of an oil-powered power station, operated by Tokyo Electric Power, that shuttered in 2009, to the relief of local residents.

But that shutdown proved to be short-lived.

Just two years later, the Fukushima disaster struck, when an earthquake and tsunami badly damaged a seaside nuclear facility also owned by Tokyo Electric. The resulting meltdown sent the utility racing to start up two of the eight Yokosuka oil-powered units as an emergency measure. They were finally shut down only in 2017.

What Tokyo Electric proposed next — the two new coal-powered units — has left many in the community bewildered. To make matters worse, Tokyo Electric declared that the units did not need a full environmental review, because they were being built on the same site as the oil-burning facilities.

The central government agreed. The residents’ lawsuit challenges that decision.

Some new coal projects have faced hiccups. Last year, a consortium of energy companies canceled plans for two coal-burning plants, saying they were no longer economical. Meanwhile, Japan has said it will invest in carbon capture and storage technology to clean up emissions from coal generation, but that technology is not yet commercially available.

Coal’s fate in Japan may reside with the country’s Ministry of Trade, which pulls considerable weight in Tokyo’s halls of power. In a response to questions about the coal-plant construction, the ministry said it had issued guidance to the nation’s operators to wind down their least-efficient coal plants and to aim for carbon-emissions reductions overall. But the decision on whether to go ahead with plans rested with the operators, it said.

“The most responsible policy,” the ministry said, “is to forge a concrete path that allows for both energy security, and a battle against climate change.” 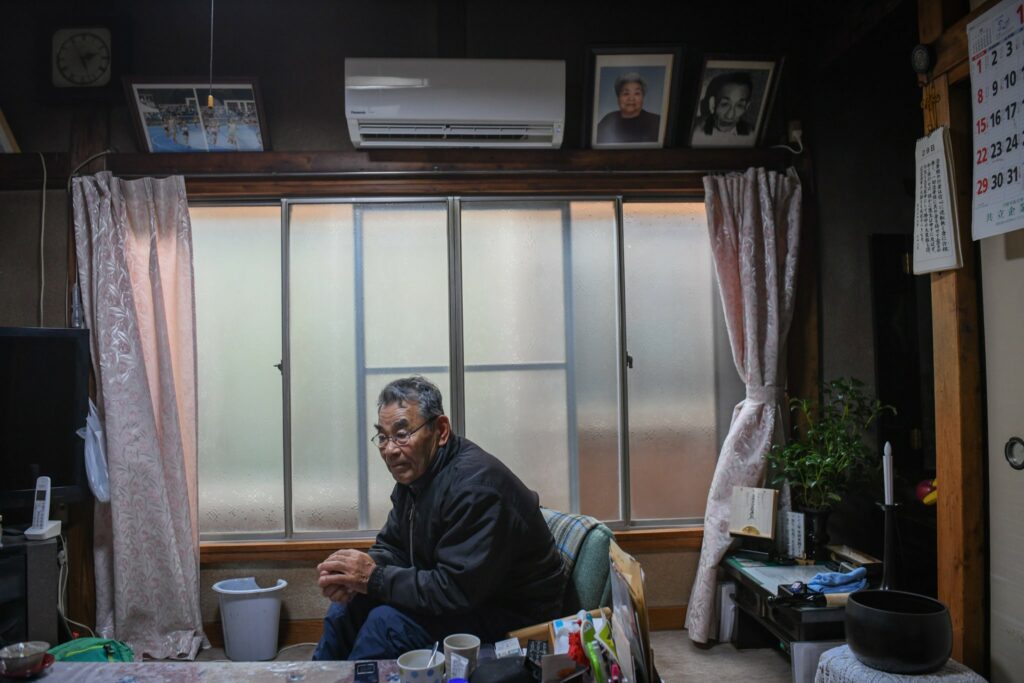 Tetsuya Komatsubara, a fisherman in Yokosuka and one of the plaintiffs in the lawsuit against the plant. Regarding rising temperatures, he said, “It’s time to do something about that.” Noriko Hayashi for The New York Times

Local residents say the ministry’s position falls short. Tetsuya Komatsubara, 77, has operated a pair of small fishing boats out of Yokosuka for six decades, diving for giant clams, once abundant in waters off Tokyo.

Scientists have registered a rise in the temperature of waters off Tokyo of more than 1 degree Celsius over the past decade, which is wreaking havoc with fish stocks there.

Mr. Komatsubara can feel the rise in water temperatures on his skin, he said, and was worried the new plants would be another blow to a fishing business already on the decline. “They say temperatures are rising. We’ve known that for a long time,” Mr. Komatsubara said. “It’s time to do something about that.”

A picture caption with an earlier version of this article misspelled the given name of a Yokosuka fisherman who worries that new coal plants will harm his business. He is Tetsuya Komatsubara, not Tetsuro.

Hiroko Tabuchi is an investigative reporter on the climate desk. She was part of the Times team that received the 2013 Pulitzer for explanatory reporting.

A version of this article appears in print on Feb. 4, 2020, Section A, Page 1 of the New York edition with the headline: Why Is Japan Building New Coal-Fired Plants?