Beyond Nation States: Time for Europe to Step Up?

In early 1989, I was training at the Centre for Journalism Studies of Cardiff University, when our course tutors laid on a special treat. We students were to practise our budding news sense – and our shorthand – at a press conference with the new UK Ambassador from the Federal Republic of Germany.

Hermann von Richtofen was an urbane and knowledgeable interlocutor, and a great-nephew of the ‘Red Baron’ flying ace of World War I – a connection he explained with practised good humour. He set out a vision of the European Community (as it was then), and West Germany’s part in it, that would provide for social security and solidarity along with shared prosperity. The only discordant note came when I managed to attract his attention from the back, to ask a question. If that was the ambition, then – given its incompatibility with the ruling ideology of the Conservative government under Margaret Thatcher – won’t the EC, I wondered, have to throw Britain out? The detail of the Ambassador’s reply is lost in the fog of memory, though of course he would have demurred from the premise, no doubt in impeccable diplomatese.

Three decades on, Britain saved Europe the trouble, and left of its own accord. In the intervening period, safeguards for workers and citizens were written into the Social Chapter of the 1992 Maastricht Treaty – from which Thatcher’s successor, John Major, obtained a British ‘opt-out’ – and the Charter of Fundamental Rights of the European Union. Even the ostensibly more EU-friendly New Labour government dodged that one, securing a special protocol stipulating its non-applicability in British courts, in negotiations over the Lisbon Treaty of 2009. (Thus bracketing the UK with Poland, which last week re-elected the rights-averse Duda administration).

Fast-forward to 2020, and evidence is steadily building that Brexit will be every bit as damaging, and inimical to the interests of many who voted for it, as Remainers warned all along. Even before the Coronavirus crisis, slower growth, higher import prices and reduced investment were estimated to have incurred an annual cost per person of between £500 and £1,000. Just to review some of the most eye-catching recent developments:

Meanwhile, negotiators for Boris Johnson’s government have reneged on the Political Declaration that accompanied the Withdrawal Agreement – signed just months ago – on social, environmental and consumer safeguards: the so-called Level Playing Field provisions. The direction of travel is clear – towards the wholesale removal of any and all barriers to the ever-faster accumulation of wealth by the rentier portions of British capitalism.

It would be simplistic to depict Brexit as a conspiracy. Rather, it calls to mind Michel Foucault’s influential concept of power, as the name we give to “the complex strategic situation in society”. There is, he cautions, no “headquarters that presides over its rationality”, although at the same time “there is no power that is exercised without a set of aims and objectives”. The hedge fund billionaires who backed Johnson’s bid for the Tory leadership, while holding short positions calculated to pay out in the event of a no-deal outcome, may, in turn, exemplify Foucault’s remark (in the same passage of the classic History of Sexuality) about the “local cynicism of power”.

No, the true genius of Brexit has been to convince people that politics is ‘about’ something other than their interests, or matching concepts of social justice: fairness in the distribution of risks and rewards, for example, with implications for jobs and living standards. The complex strategic situation in British society contains abundant toxic myths, to be invoked and exploited to draw people into voting away their rights and against their interests. (Britain ‘stood alone’ in the war; the empire was a ‘civilising’ influence). So, typical statements from Leavers tend to be tightly wrapped in layers of hardened discourse, requiring a long explanation to unravel them (and, as Ronald Reagan once observed, if in politics you have to explain something, you’re losing).

Take, for instance, the lady I met walking her dog at Haworth (home to the Bronte Parsonage Museum), while reporting from the marginal Keighley constituency at last December’s General Election. “We don’t want to be told what to do by Europeans”, she informed me. Leave aside that the British ARE Europeans, and that Britain, as a member state, was almost invariably on the winning side in discussions over the scope of EU rules. “We’ll be better off on our own”, another voter said, especially since, he went on, “we’re the greatest trading nation since the Venetians”. Trading? On one’s own? Interesting concept… of course, in any trading arrangement, there has to be an agreement; that inevitably contains rules, and rules have to be enforced where necessary. The real questions, as correctly identified by countless informed commentaries, are which rules apply, and who makes them? US demands for a post-Brexit deal will be swallowed whole, by a desperate Britain – to be digested, no doubt, along with lavish helpings of chlorine-washed chicken.

The unholy alliance, between Little Englander mythology and parasitical profiteering, should be recognised in Brussels as the strategic enemy it always was, to be weakened by all necessary means. Economic heft should be drained away from the City of London – as the EU’s chief negotiator, Michel Barnier, seems to have realised, warning that Britain’s financial services industry “cannot keep the benefits of the single market without the obligations”.

Scots evince a progressive, civic brand of nationalism, evidently more compatible with EU membership than the glorious-isolationist drivel of its English counterpart. The European Commission should work out how to deem the fiscal position of an independent Scotland as compatible with the Copenhagen criteria for membership: then reward their strong Remain vote, in the 2016 referendum, by tailoring an attractive, post-Coronavirus package to smooth the way. Wales, which voted Leave but rapidly changed its mind, could follow. How long it might take for the two portions of the island of Ireland to unite, under the golden-starred blue flag, is moot: but it could begin to feel like the next logical step.

Brexit can count Presidents Trump and Putin among its biggest fans – seen, as it is, as a development that weakens Britain and the EU at the same time. Without London’s influence, however, the EU can switch course, more towards the French side of its old debate between “widening” and “deepening”. The €500bn Coronavirus recovery fund, proposed by Emmanuel Macron and Angela Merkel, may represent the beginning of a new chapter, in which Europe begins to cohere as a fiscal entity rather than a mere monetary one. Meanwhile, Macron is blocking the accession plans of Albania and North Macedonia, arguing that – before admitting new members – the EU needs more powers to ensure it can uphold standards in existing ones. Poland, for instance, should not be allowed to backslide from the rule of law.

Deeper EU integration would be a welcome by-product of Britain’s exit, and perhaps an example of Lewis Coser’s theory of the social functions of conflict. Polling evidence from member states shows a union growing in popularity. Voters across the continent look at the UK and dislike what they see: they can now unite against a common enemy. In a world ravaged by authoritarian populism, and the massive loosening of restraints – on exploitation and extraction of all kinds – that has been smuggled in with it, the EU, for all its frustrations and shortcomings, represents an important strand of hope. Von Richthofen’s vision remains viable. Perhaps, in time, even the English will come to share it. 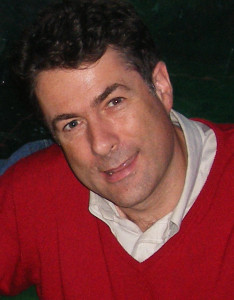 Jake Lynch is a Leverhulme Visiting Professor at Coventry University for 2019-20, after which he will return to the Department of Peace and Conflict Studies at the University of Sydney. His debut novel, Blood on the Stone: An Oxford Detective Story of the 17th Century, is published by Unbound Books. Jake has spent 20 years developing and researching Peace Journalism, in theory and practice. He is the author of seven books and over 50 refereed articles and book chapters. His work in this field was recognised with the award of the 2017 Luxembourg Peace Prize, by the Schengen Peace Foundation. He served for two years as Secretary General of the International Peace Research Association, having organised its biennial global conference in Sydney, in 2010. Before taking up an academic post, Jake enjoyed a 17-year career in journalism, with spells as a Political Correspondent in Westminster, for Sky News, and the Sydney Correspondent for the Independent newspaper, culminating in a role as an on-screen presenter for BBC World Television News. Lynch is a member of the TRANSCEND Network for Peace Development Environment and advisor for TRANSCEND Media Service. He is the co-author, with Annabel McGoldrick, of Peace Journalism (Hawthorn Press, 2005), and Debates in Peace Journalism, Sydney University Press and TRANSCEND University Press. He also co-authored with Johan Galtung and Annabel McGoldrick, Reporting Conflict: An Introduction to Peace Journalism, which TMS editor Antonio C. S. Rosa translated to Portuguese. His most recent book of scholarly research is A Global Standard for Reporting Conflict (Taylor & Francis, 2014).

Anticopyright: Editorials and articles originated on TMS may be freely reprinted, disseminated, translated and used as background material, provided an acknowledgement and link to the source, TMS: Beyond Nation States: Time for Europe to Step Up?, is included. Thank you.

2 Responses to “Beyond Nation States: Time for Europe to Step Up?”