21 Jul 2020 – Many people of all ages love to cycle either for work or for exercise or simply for fun. Usually people have their own bicycles but they can also hire one for a day or a few hours.

When I was a small boy of ten years I did not have a cycle of my own, so I would hire a bicycle for an hour for an amount that appeared paltry even during those times. Seeing my desire, my father gifted me a new bicycle on my birthday. What a lovely gift! With the new gift I would pedal for long hours including buying vegetables or other necessities for our home.

When the school reopened, the cycle was the means of travelling to my school with my younger sister sitting behind on the pillion.

A most unusual situation regarding cycling was observed by me a few years back in Osaka, Japan.

Outside shops, restaurants or some other public places, one could see some bicycles parked outside. If you need to go somewhere, just pick up a parked bicycle and go to wherever you want to go and leave the bicycle there. No fees, no registration. When I saw this unusual arrangement, I asked a local person,

‘Suppose the person just pedals away to his home and fails to return the parked bicycle?’

‘This doesn’t happen. Japanese people are honest’, was the reply.

In India, generally the rich people travel by cars or taxis, the poor use their bicycles. Sometimes unusual incidents or feats of cycling are reported. Recently it was reported that a 73-year-old Tamil, Pandian, cycled all the way from Chennai to his home, Tirunelveli village. How much time did it take him to arrive in his village about eight hundred km away? Just a week!

A young migrant worker Mahesh Jena rode about 1,650 km from his factory in Maharashtra to return to his village Jajpur in Odisha after the factory was closed down due to the COVID pandemic.

A few days back, a 15-year-old village girl named Roshni was reported to have secured 98.5 % marks in the MP Board Examinations for Class ten. She secured eighth rank overall. But what was amazing was the fact that she was cycling 12 km each way from her village to her school — 24 km every day.

In May of this year when the pandemic was at its peak, an amazing cycling feat came to the notice of the press and social media. Again a fifteen year old girl was in the news for her determination and grit.

Jyoti Kumari, the 15-year-old school girl, pedaled about 1,200 km with her father sitting behind her on the cycle pillion. Her father was ill and had lost his job. The brave girl decided to cycle the arduous trip from Gurgaon near Delhi, to her village in Bihar with her father Mohan Paswan sitting behind her. The journey took about a week; some truck drivers would occasionally give lifts to the daughter-father duo and their cycle. Some Samaritans were offering free food on the roadside that helped Jyoti and her father to survive the incredible journey. 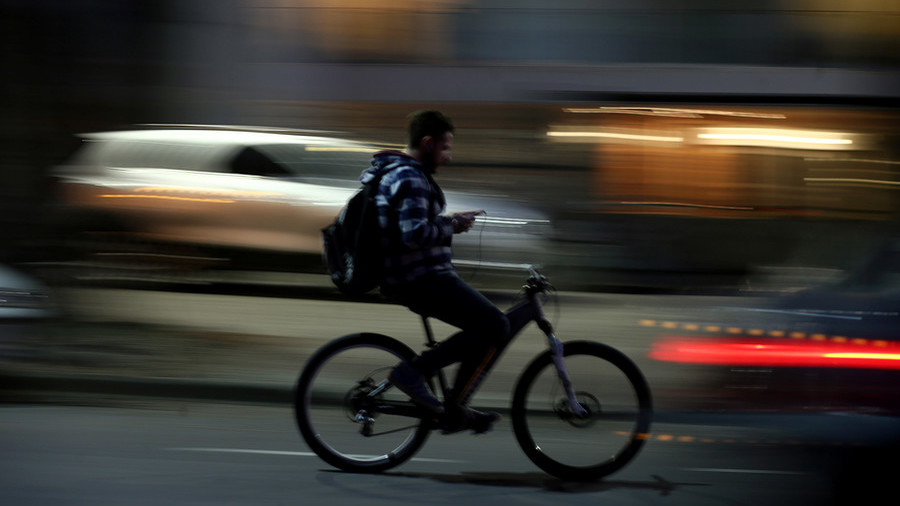 She has been given various offers including the Cycling Federation of India to join them as a trainee, but Jyoti has declined their offer saying that she would like to complete her studies (now in Bihar) first.

Earlier, letters were the main means of communicating with others or even sending money by what was called money order. Who would bring these letters or the money? A postman riding his bicycle. His arrival at one’s home was awaited with hope and occasionally a few words would be exchanged to cement the relationship.

For the examples indicated, a bicycle has been not just a means of transportation but also an instrument for education, for helping one’s ill father, and for receiving a letter or some money. Can the smartphones or the WhatsApp’s provide these benefits? People promoting digitisation or online banking would disagree. But I rest my love for a bicycle.

Anticopyright: Editorials and articles originated on TMS may be freely reprinted, disseminated, translated and used as background material, provided an acknowledgement and link to the source, TMS: Love for Cycling, is included. Thank you.

One Response to “Love for Cycling”