Renewed Attempt for a Global Pact for the Environment

20 Jul 2020 – What is climate from a legal point of view? Almost 30 years after the adverse effects of climate change have been considered as a common concern of humankind, there has been no consensus on what that means from a legal standpoint. Even though it remains the legal framework adopted by the Paris Agreement, there is today no official definition of what the implications of this approach are. A common concern is a vague political formula that does not legally recognize the existence of the common good  itself (stable climate), and makes it technically impossible to build an economy capable of producing the required positive actions, (and not only  avoiding the negative actions) to recover a well-functioning Earth System.

Although these structural questions should be at the center of the first attempt to reach a Global Pact for the Environment, the truth is that the three first substantive meetings of the Ad Hoc Open-ended Working Group established by United Nations General Assembly (UNGA) resolution No 72/277 of 10 May 2018, that took place in Nairobi last year (see our contributions), were a sterile discussion of about international legal gaps, without even being able to define what will a Global Pact for the  Environment regulate: Should be Climate? Oceans? Biodiversity? Legal  gaps? What is the global environment?

A New Global Pact can only be meaningful if it is capable of addressing the restoration of the Earth System as a single unit. This may be the last opportunity to make a paradigm shift in international environmental law by broadening its focus toward an Earth System approach, and enabling governments to embark on a scientifically informed path to restore a stable climate with cascading effects on social justice, health and wealth creation for all.

Tomorrow a new round of three major meetings on the follow-up of UN General Assembly resolution 73/333 will start. This is a unique opportunity to change the course of the Global Pact for the Environment,  and we  emphasise  he huge importance of the involvement of the media in this process.

The pathway for a new Global Pact needs a strong declaration on the next UNEA5, that will take place on the next February 2021 in Nairobi as  well as a strong international commitment in the landmark of the commemorations of the Stockholm+50, coming up in 2022. This can be an unique pathway of hope for a constructive approach to the climate emergency, and a plan for restoring the well-functioning of the Earth System. 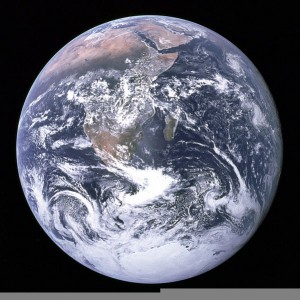 Open Letter to All UN Ambassadors from Common Home of Humanity

The organization is assembling an international coalition of leading Earth System scientists, legal experts, economists, sovereign states, NGOs, local authorities and universities, and proposes the recognition of the Earth System as a Common Heritage of Humankind in international negotiations.

“A strong Universal Declaration to introduce the Principle of the Integrity and Unity of the Earth System” in the negotiations of the Global Pact for the Environment promoted by the United Nations General Assembly, “through the legal recognition as a Common Heritage of Humankind”, is the proposal presented by the Common Home of Humanity (CHH) in an Open Letter sent on Friday to the 620 ambassadors accredited to the UN in New York, Nairobi (Kenya) and Geneva (Switzerland).

Due to the Covid-19 pandemic, the ambassadors will meet online on July 21 to reopen the negotiation process, after a first phase that took place in 2019 over three sessions in Nairobi ended in a deadlock. The letter from the international organization stresses that today it’s possible to define how the global environment works within the Earth System “with a high degree of scientific accuracy”. Postponing the process of integrating this scientific knowledge into legal instruments “could prove to be fatal, given the urgency of the climate crisis and the pressures the planet is under”. As the window of opportunity to prevent irreversible climate change is closing fast and scientists warn that we are near a threshold situation, the Global Pact for the Environment “may be the last opportunity to make a paradigm shift in international law”.

The interconnections between economy, social justice, climate emergency, biosphere degradation and the Covid-19 pandemic “are becoming more and more evident”, highlights the CHH document. Expanding the Global Pact for the Environment negotiation process to encompass all elements of the Earth System “can make this agreement fairer in terms of historical responsibilities, while allowing an easier and clearer integration of the system’s bio-geophysical cycles in the functioning of the economy”.

The CHH emphasizes that the holistic vision it proposes allows an approach to the current environmental, social and health crisis, with some possibility of success towards a well-functioning Earth System. “We are today at a historic moment that requires us to go beyond a mere technical codification and systematization of dispersed International Environment Law principles”, which marked the first round of negotiations of the Global Pact for the Environment.

Paulo Magalhães, president of CHH, says that “without the recognition of the existence of an intangible common good without borders – the Earth System – it’s impossible to recover its well-functioning state and, consequently, to return to a stable and adequate climate to the human needs”. Today, “to realize the benefits to maintain and recover the functioning of the Earth System is to realize the benefits in a legal, and therefore economic and governance, vacuum. So “we are compromising ours and the next generations to maintain an economy that is not fit for Humanity, and that values what is not essential to life and does not guarantee our future”.

The Common Home of Humanity, with headquarters at the University of Porto, Portugal, is a global organization that is assembling an international coalition of leading scientists from the Earth System and sustainability, legal experts, economists, sovereign states, NGOs, local authorities, universities, individuals and other partners, with the aim to achieve the recognition of the Earth System as a Common Heritage of Humankind in international negotiations.

The CHH will launch a global campaign on September 1 to open a wide debate on the need to define a Global Common without borders – a well-functioning Earth System/Stable climate. The campaign will involve diverse initiatives, including a set of videos on the organization’s vision and goals and statements by international personalities. Watch here one of the videos of the future campaign.

The organization was invited to participate in the celebrations of the 75th anniversary of the United Nations, where it will lead one of the parternship tables of the “UN75 Global Governance Forum”, a virtual forum that takes place on 16 and 17 September with more than 200 leaders of NGOs, governments, philanthropic institutions, companies and the technological community. The results will be presented to the UN75 Leaders Summit in Sept 21 2020.

Anticopyright: Editorials and articles originated on TMS may be freely reprinted, disseminated, translated and used as background material, provided an acknowledgement and link to the source, TMS: Renewed Attempt for a Global Pact for the Environment, is included. Thank you.