23 Jul 2020 – There are several maritime delimitation disputes that are currently dangerous and require good-faith negotiations to prevent increased tensions.  World Citizens had played an important role in the Law of the Sea Conference (UNCLOS) negotiations and in the creation of the International Seabed Authority and its Tribunal on maritime deliberation issues.(1)

There are currently two major geographic areas in which there are maritime delimitation issues: the Arctic and the China Seas. The China Seas tensions are the most politically sensitive.  Territorial sea disputes can be heated up by governments and cooled off at will when other political issues require attention elsewhere.  Currently, we are in a “heating up” stage between China and Japan, China and the U.S.A., and to a lesser degree between China and Vietnam, China and Taiwan, and China and the Philippines. The broader China-U.S.A. tensions also color the South China Sea issues. 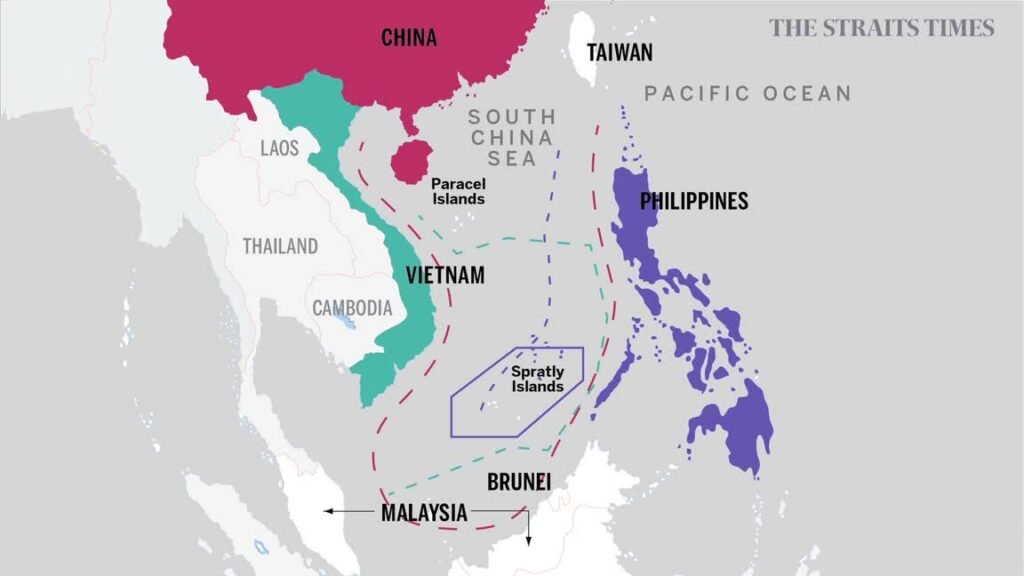 There are both economic and geo-strategic aspects to these tensions, and both need to be addressed if good faith negotiations are to lead to cooperation for the benefit of all.(2)

Progress in maritime geology and predictions of metal shortages in the decade ahead have made seabed mining a concern of governments such as China, Japan and South Korea.  Minerals such as copper, gold and many other industrial minerals as well as oil-natural gas are thought to be available through sea mining in this Pacific area.

The strategic-geo-political aspects are less clear but they focus on the Chinese Navy creating permanent islands around what had been only rock formations of land that was visible only part of the year.  There is a drive for influence in the area among China, Japan, the USA, and to a lesser extent, India.  The drive has no doubt to do with the vision each State has of its leadership role, its growing or declining position, its ability to limit the influence and access of other States, and its “core interests.”  Such political speculations are “immaterial” but can easily lead to mistaken calculations and consequent actions.

Factions in both Japan and China are playing a “nationalist card” concerning the maritime delimitations disputes, no doubt for reasons which go beyond the specific aspects of the disputes. Although the Chinese “nationalist” focus is directed toward Japan, there is a vision among some Chinese that the USA is the cause of the continuing problems with Taiwan and Japan.

Therefore, it is important that “non-nationalist” voices be heard, stressing cooperation for mutual benefit. The Association of World Citizens  is among such voices, stressing that the settlement of maritime delimitation disputes through adjudication by the World Court is the ideal approach. For World Citizens, the quality of the Law of the Sea is of special significance. The greater part of the oceans is considered res communis, a global common beyond national ownership.  Furthermore, the physical nature of the oceans suggests world rather than national solutions to the increasing need for management of marine resources and the marine environment.

Although most maritime delimitations are, in fact, achieved without recourse to adjudication and settled by bilateral negotiations, submitting a dispute to the World Court can better ensure that the results of the delimitation process conform to the rules of international law.  We need start  a strong mobilization of voices calling for good-faith negotiations and for a vision of cooperation among the States of the China Seas.

1) See the writings of the Louis B. Sohn, in particular his course at the Hague Court legal summer school “Settlement of Disputes Relating to the Interpretation and Application of Treaties” Recueil des cours  Vol.150. 1976 II, pp205-294.   For a useful approach to the delimitations issues see A.O. Adede The System for Settlement of Disputes Under the UNCLOS (Martinus Nijhoff Publishers, 1987)

2) Delimitation disputes are not new but reappear when politically useful for some reason. For a good overview of the history with maps of the disputed areas see Douglas Johnston and Mark Valencia Pacific Ocean Boundary Problems (Martinus Nijhoff Publishers, 1991).

Anticopyright: Editorials and articles originated on TMS may be freely reprinted, disseminated, translated and used as background material, provided an acknowledgement and link to the source, TMS: South China Sea Delimitation Disputes: Good Faith Negotiations Needed, is included. Thank you.