25 Aug 2020 – Indian classical music both vocal and instrumental can have countless number of varieties. These depend on the gharanas (families or lineages), of the musicians as well as their individual differences.

One outstanding vocalist was Jasraj  popularly called Pandit Jasraj out of love and respect.  He was born in the northern Indian city of Hisar on 28 January 1930 and died in New Jersey USA on 17 August this year after a musical span of about 80 years. Jasraj had made New Jersey his home. He was not only a classical singer himself but mentored some budding musicians–Americans and overseas Indians–in the spiritual fineness of classical vocal music, including his daughter Durga Jasraj. His body was flown to India and last rites performed only on 20th August. 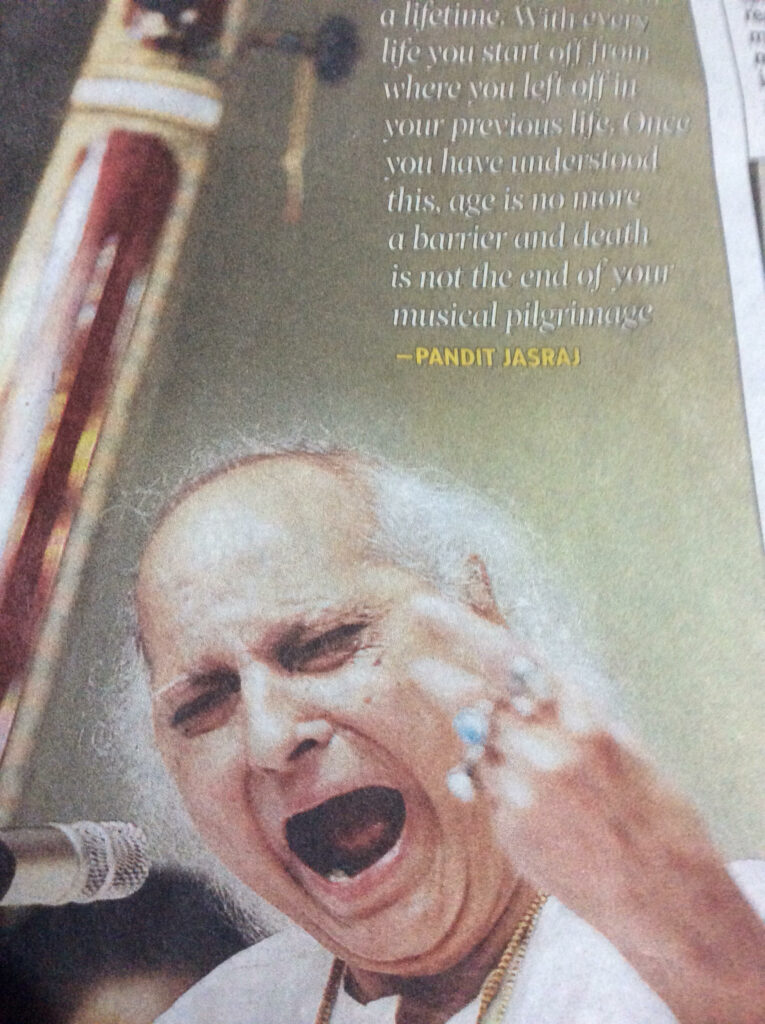 One noted gharana to promote music was sponsored by the Nizam VII of Hyderabad that had legendary singers such as Begum Akhtar and Bade Ghulam Ali Khan. His own family was also a place of learning music as well as imbibing it in one’s soul. His Father Motiram died when Jasraj was only four years but his elder brother Maniram provided an ideal place for learning classical music and created in Jasraj an abiding love for classical vocal music. Jasraj had initially learned to play tabla but after a while gave it up to concentrate on his first love — vocal music.

Over the years Jasraj kept on singing and changing virtually the tenor of classical vocal music. He received several awards that were a befitting tribute to his genius both as a musician and as a person. In an interview, he once remarked, ‘Music is not only for enjoyment — it is also a prayer to God…’

There are a large number of Indian classical singers and instrumentalists. One of the earliest one is the noted TanSen who was an exponent of Indian classical music in the King Akbar’s court before his death in April 1586. He was made one of the  navratnas (brilliant heroes) by Akbar.

Today there are some noted vocalists like G N Balasubramaniam and D Iyengar etc. for their lilting voice and music.

Among the instrumentalists, the name of Ravi Shankar is widely known for the magic he created with his sitar. He also interacted with the well known British group Beatles. Other Indian instrumentalists are Ali Akbar Khan (sarod), Shiv Kumar Sharma (santoor), Hari Prasad Chaurasia (flute), and several others who have enriched music and entertained thousands of people both in India and overseas.

Some of these musicians and composers have a similar stature and popularity as the western counterparts — Beethoven, Mozart and others.

Apart from his musical talent and world recognition, Jasraj was a humble and kindly soul. A family that he knew, requested him to come to their home. Why? To sing some of his famous songs to their 6 year old grandchild Kidar who could not speak but felt happy listening to some of Jasraj’s classical songs. A few days later Jasraj came unannounced and was taken in to meet Kidar. When his mother said the maestro has come to meet him, Kidar just remained silent but when she asked if he would like to hear his music, he smiled in approval. The maestro sang a few songs for the enjoyment of the child who showed his appreciation by smiling, nodding his head. 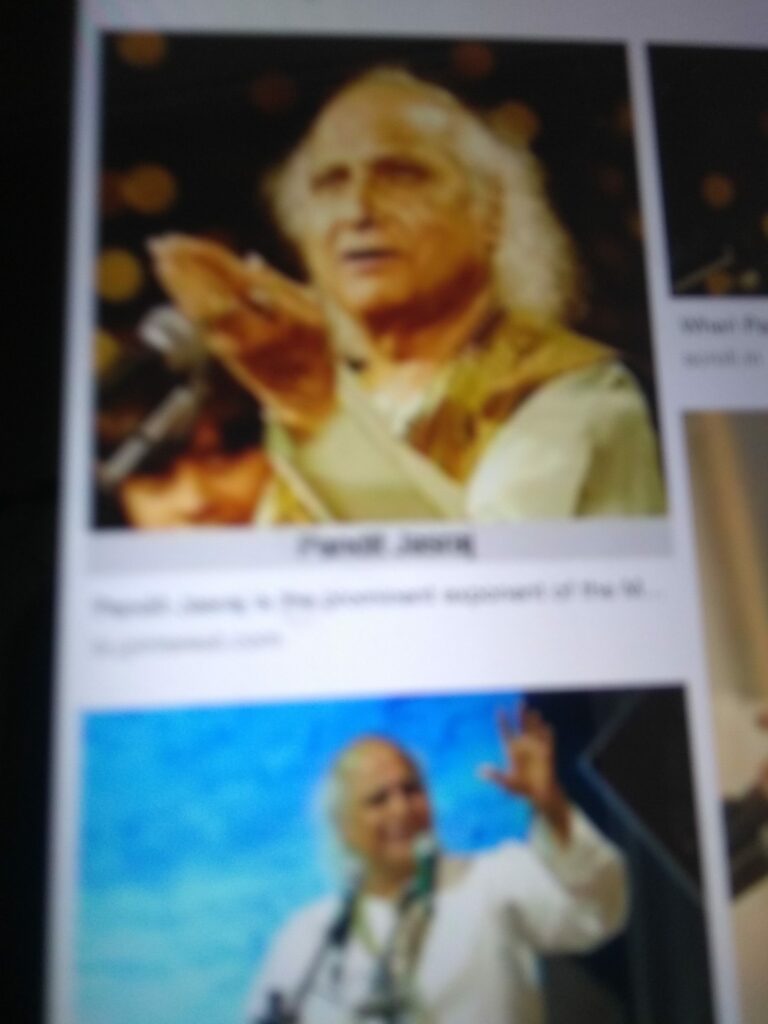 Many persons have expressed sorrow at the passing away of Jasraj. One person has written that she is grateful for the solace his voice has given over the years. Another person wrote that Jasraj changed the character of music and of peace. A well known musician himself wrote that classical Indian music has lost one of its shining stars.

Such words, emotions reflect the love and respect of many persons for the man and his music.

Anticopyright: Editorials and articles originated on TMS may be freely reprinted, disseminated, translated and used as background material, provided an acknowledgement and link to the source, TMS: Pandit Jasraj — Musician Extraordinaire, is included. Thank you.