Perceptions Are Driven by Experiences 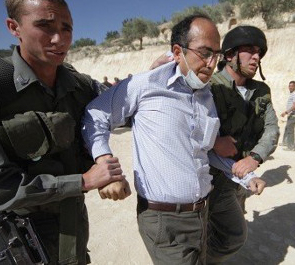 22 Aug 2020 – 25 years ago while at Duke University I attended a lecture by a leading Zionist who was in his late 70s at the time and essentially retired from his Israel advocacy positions though still giving lectures like that (for hefty fee). What stuck in my mind is when he explained why Zionists like him like and promote dictatorship in the Arab world. He simply ended his explanation by stating that “we can easily deal with one person.” Henry Kissinger once quibbed about one such dictator “he is an SOB (son of a bitch) but he is OUR SOB”. This stuck with me over the years as I watched repeatedly how the US (under the Zionist lobby’s dictates) targeted people like Moammar Qaddafi or Bashar AlAsad while strengthening relationships with genocidal maniacs like Mohammad Bin Salman (Saudi Arabia) and Mohammad Bin Zayed (UAE). Human rights became a tool of empire rather than a principal.

Experiences shape perceptions. Three years ago I was in the United Arab Emirates (UAE) and met with lots of people ranging from hard working expatriates (Palestinians, Syrian, Bangladeshi) working men and women to elite Emirate natives including in the ruling families. Most of the people living there are not citizens and the country is built really by those from abroad. The rulers of the emirates (literally principalities) were not united until 1971 when British supported Shaykh Zayed brought them together in essentially a confederation. The Zayed family retained foreign policy. Shaykh Zayed was also very interested in the environment (convinced of its value also because of decline of wildlife that affected hobbies of his like falconry).

His generation knew the old ways and wanted to modernize while keeping heritage. His children including the current de facto dictator (Mohammad Bin Zayed) are spoiled uneducated womanizers mesmerized by the supposed superiority of the white man. Their main concern was to enjoy life and the environment and people be damned! Western elites did their homework well and in the last 30 years were able to make sure this new generation can never inch away from their hegemony. The UAE has never been at war with Israel but was like many other countries an important tool of imperialism and zionism (focused to thwart Arab nationalism). Zionists thus infiltrated the UAE very early on with business and other deals. Since most Israelis hold dual citizenship with other countries Israeli businessmen were able to large chunks of the UAE as American, Canadian or French Jews.

More direct openness to Israel happened in the early 1990s right after Yasser Arafat signed the surrender agreements otherwise known as Oslo agreements. Multi-national corporations were able to profit significantly while people of Yemen and Syria were punished to please the Israeli Zionist elites who wanted all countries in the Arab world to drop even any pretense of supporting Palestinian rights.

Perceptions are driven by experiences. About 25 years ago in a trip to China to visit my wife’s family in Wuxi, I had a chance to one day when the family was too busy to take us around to hop on a tour bus with a group of foreigners. I struck a conversation with one of them who happen to be Israeli and he told me that he had come for business dealings. At the time I was living in the USA (before my wife and I moved to Palestine). Many American Jewish elites were teaching their Children Chinese. When I asked one of them why that is, he said that the future lay in China and that the US as a world economic power is “spent” to use his words.

Perceptions are driven by experiences. Thirty years ago while talking to an influential media person in the US who happens to be a liberal Jew we seemed to agree on everything from workers’ rights to women’s rights to civil rights to the need to eliminate nationalism to need of the US to reduce its military and care more for its poor. We agreed that is until we opened up the issue of Israel. In that he was essentially a right wing nationalist: supporting military, supporting racism, and against basic equality and human rights for non-Jews in historic Palestine.

I found and met hundreds of “liberal” American Jews like that over the years who were LEFI (liberal except for Israel). The blind spot is hard to remove since it emanates from a very deep tribal notions of us “the Jews” Am Israel Hai is repeated among themselves (the People of Israel Live). Hard but not impossible; readers know that the harshest critics of Zionism and promoters of collective human rights have Jewish backgrounds. Thus it is not surprising that my most trusted friend when I was in Connecticut was an American Jew (Stan Heller) and today in Palestine, my wife and I share an apartment with Zohar a long-term volunteer at the museum.

I think any rational human being sees that the world economy has concentrated wealth in the hands of the few while all others regardless of their religion or background struggle. Less than 1% of the world population controls more than 50% of the global wealth (ie. assets). Who are these 1%. They are diverse: Indian tycoons, Russian oligarchs, Arab dictators ruling oil rich kingdoms and emirates, and of course Jewish billionaires. But the diversity in the rest of the people (the 99%) is even more. The ruling elite try to use hate and fear to create divisions among us (divide and conquer). That is why Trump and Bin Zayed and Bin Salman talk about Iran, about Palestinians, about Yemenis and others in such derogatory ways.

Perceptions are driven by experiences. I am writing a book of these experiences while I lived in the USA for over a quarter of a century. In it I recount countless experiences, good and bad. Bad experiences like attacks on freedom of speech at universities in the US, personal attacks, run ins with Zionists, profiling at airports. Good experiences like witnessing positive transformation including of Jews and others who became anti-Zionist and for human rights, kindness of strangers, love, friendships, growing and learning new things. Experiences shape who we are and I am grateful for ALL experiences.

The question posed here is for serious analysis and discussion; how best to respond? It is not an easy question and the isolation of people from each other because of the covid-19 pandemic adds a new layer of complication on top of others (e.g. the mass media like Facebook that reinforces any views whether racist or other).

I would love to have a conversation on this (you can Join the Conversation below).