Referring to the Afghani refugee tragedies on the Greek Island of Lesbos and elsewhere, Ellsberg said:

“Our government is responsible for the flight of 37, 000,000 refugees worldwide because of United States-initiated wars.”

And he could have added,

“The US is also responsible for the sale of the lethal weapons that militaries and mercenary soldiers use to kill, maim and terrify innocent refugees-to-be all around the world. These weapons and militaries have destroyed families, freedoms, safety, shelter, jobs, food and water supplies, which naturally means that these innocents have to leave their destroyed homelands in search of safety, food, water and a future for them and their children.”

Just by coincidence, last night I also came across a 5-year old Duty to Warn column that contained photos of a small handful of the multitude of censored-out, “unpatriotic” war photos that documented some of what Ellsberg was talking about. Here is the slightly upgraded column.

Below are a few disturbing examples of the “collateral damage” that accompanies America’s wars which usually have been endorsed or at least not significantly opposed by Christian clergypersons and their followers. 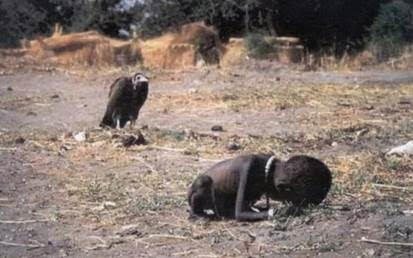 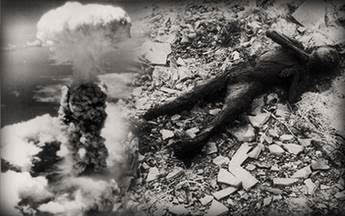 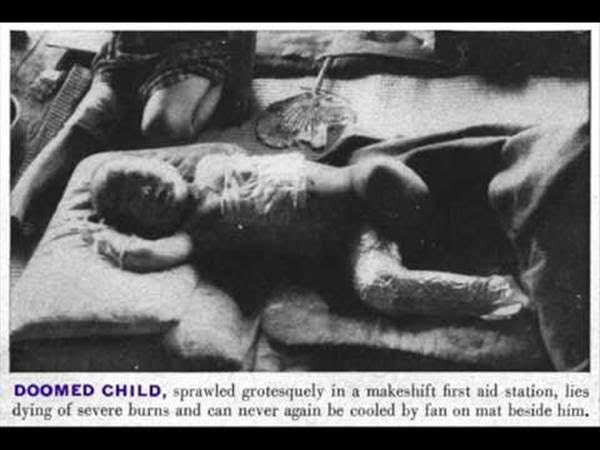 Japanese child dying of radiation sickness from the Nagasaki bomb 1945 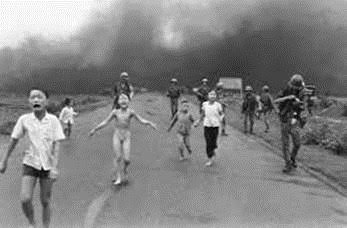 (Note: In 1965, Dow Chemical, a Michigan-based chemicals manufacturer, was awarded a $5 million Pentagon contract to produce napalm, a highly incendiary chemical used by American troops during the Vietnam War.) 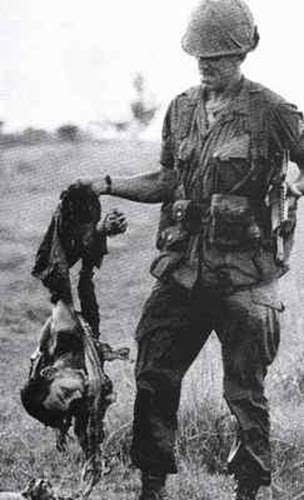 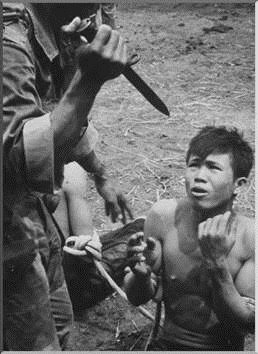 Young Vietnamese being interrogated by an American GI – Vietnam 1968 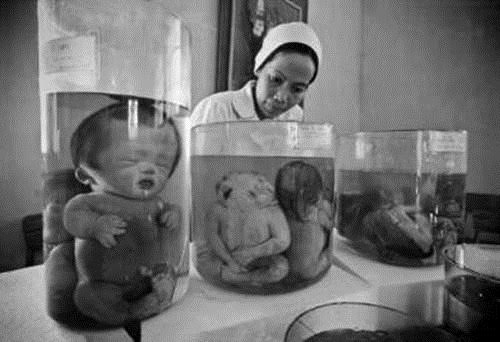 (Note: Agent Orange has a very long-half-life and continues to contaminate the soil and water supplies in Vietnam. In addition, it has also sickened a multitude of US Vietnam-era soldiers – and even their family members back home.) 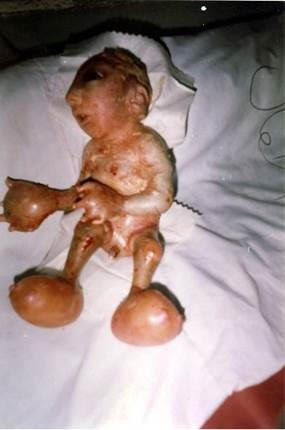 (Note: Highly radioactive “Depleted Uranium” has a half-life of many millions of years and will continue to contaminate the Afghanistan and Iraq soil and water that was exposed to it. Also, American soldiers were also contaminated.) 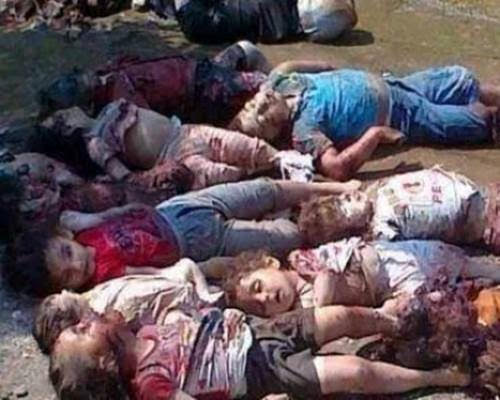 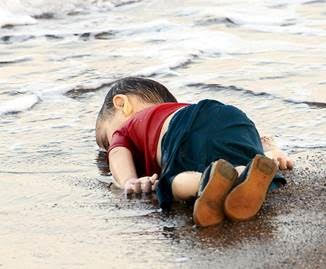 Drowned Syrian toddler, most of whose refugee family also drowned fleeing the war begun by the US’s “Shock and Awe” wars – 2015 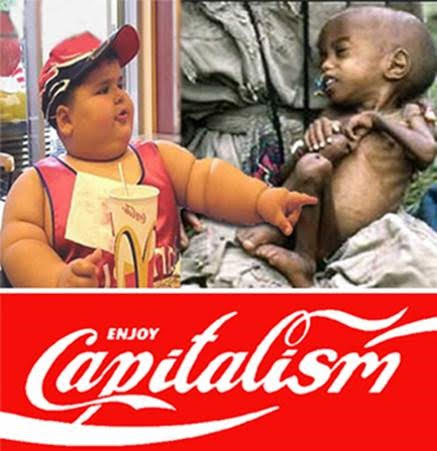 Each of the hard-to-look-at images above are of children – not to mention their parents – who suffered and died before their time. But the guilty American weapons-manufacturing corporations that profited from the wars prefer to not acknowledge that are at the root of the refugee problem.

So, I am obligated to end with a short list of some of the boycott-worthy, profiteering corporations (and their happy share-holders) that are at least partly responsible for the plight of the war—ravaged children pictured above:

And thousands others inherently exploitive, greedy, conscienceless, extractive corporations that are knowingly polluting the planet, always eager to profit from the militarization of our society while simultaneously harming children and other living things.

This sample list of corporations are the paymasters that also own, operate and/or control (and profit from) the Mainstream Media, Big Pharma’s vaccine and drug manufacturers, Big Medicine’s price-gouging, unaffordable but highly profitable healthcare corporations, Big Government’s private corporation-infiltrated and bribed HHS/NIH/CDC/NIAID/FDA, and many of the multi-millionaire US political candidates that are sanctioned by both political parties.

Identifying the billionaire culprits that are providing the economic support for the pro-business, pro-war, anti-environment, anti-worker, union-busting, pro-pollution, so-called “Christian” political agendas that keep unemployment high, wages low and corporate profits at an obscene level may somehow stimulate resistance efforts, prolong the survival of the planet, sustain the future of our democracy and the future of suffering humanity, especially the children.

Anticopyright: Editorials and articles originated on TMS may be freely reprinted, disseminated, translated and used as background material, provided an acknowledgement and link to the source, TMS: A Photo Gallery of Doomed Children Who Suffered Because of America’s Profitable Wars, is included. Thank you.