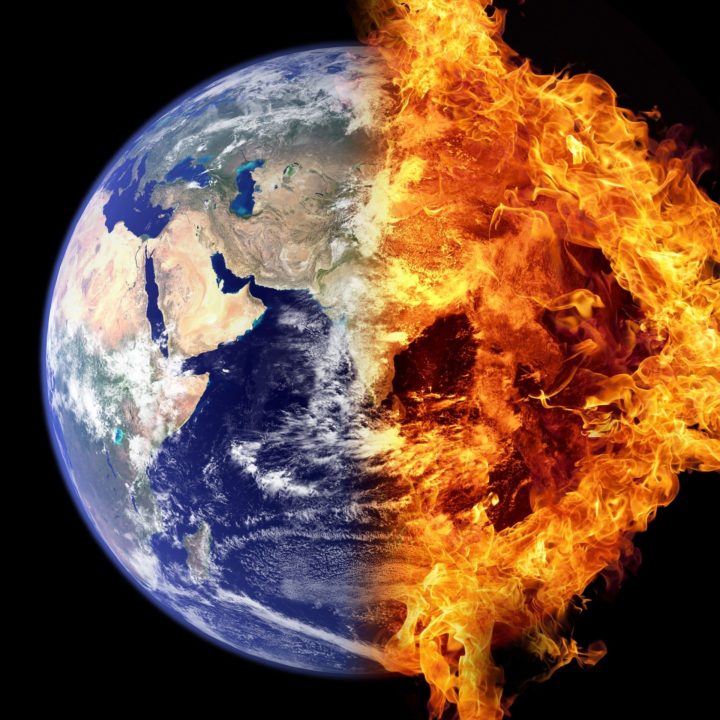 Image by Bela Geletneky from Pixabay

24 Sep 2020 – The World Wildlife Foundation, in collaboration with the Zoological Society of London, recently issued an eye-popping description of the forces of humanity versus life in nature, the Living Planet Report 2020, but the report should really be entitled the Dying Planet Report 2020 because that’s what’s happening in the real world. Not much remains alive.

The report, released September 10th, describes how the over-exploitation of ecological resources by humanity from 1970 to 2016 has contributed to a 68% plunge in wild vertebrate populations, inclusive of mammals, birds, amphibians, reptiles, and fish.

The report offers a fix-it: “Bending the Curve Initiative,” described in more detail to follow. The causes of the collapse are found in human recklessness and/or neglect of ecosystems. It’s partially fixable (maybe) but don’t hold your breath.

What if stocks plunged 68%? What then? Why, of course, that is an all-hands-on-deck panic scenario with the Federal Reserve Bank repeatedly pressing “a white-hot printing press button,” hopefully, avoiding destructive deflationary forces looming in the background. But, an astounding jaw-dropping 68% loss of vertebrates doesn’t seem to budge the panic needle nearly enough to count.

Of special note, according to the Report, tropical sub-regions were clobbered, hit hard with 94% loss of vertebrate life, which is essentially total extinction. For comparison purposes, the worst extinction event in history, the Permian-Triassic, aka the Great Dying, of 252 million years ago took down 96% of marine life and has been classified as “global annihilation.”

According to the Report, on a worldwide basis, two-thirds (2/3rds) of wild vertebrate life has vanished in only 46 years or within one-half a human lifetime. That is mind-boggling, and it is indicative of misguided mindlessness, prompting a query of what the next 46 years will bring. What remains is an operative question?

According to the report: “Until 1970, humanity’s Ecological Footprint was smaller than the Earth’s rate of regeneration. To feed and fuel our 21st century, we are overusing the Earth’s biocapacity by at least 56%.” (Report, page 6) Meaning, we’ve gone from equilibrium to a huge deficit of 50% in less than 50 years. Putting it mildly, that’s terrifying!

As stated in the Report, we’re effectively using and abusing and trampling the equivalence of one and one-half planets. How long does that last? The experience of the past 46 years provides an answer, which is: Not much longer.

The denuding, destructing of natural biodiversity is almost beyond description, certainly beyond human comprehension, which may be a big part of the problem of recognition. Still, by and large, people read the World Wildlife Foundation report and continue on with business as usual. This lackadaisical behavior by the public has been ongoing for decades and not likely to end anytime soon. Therefore, an eureka moment of radical change in farming practices and ecosystem husbandry is almost too much to wish for after years, and years, of preaching by environmentalists about the ills associated with the anthropogenic growth machine.

In all, with ever-faster approaching finality, and worldwide failure to act to save the planet, the answer may be that people must learn to adapt to a deteriorating world.

Why repeat that disheartening info? Simply put, it demands repeating over and over again. Yes, “nature is unraveling.” And, by all indications, time is short as “flashing red warning signs” are crying for help. But, will it happen? Or, does biz as usual rattle onwards towards total extinction of life way ahead of anybody’s best guess, which, based upon how rapidly the forces of the Anthropocene are gobbling up the countryside, could be within current lifetimes. But, honestly, who knows when?
Still, with great hope but not enough fanfare, the Report proposes a new research initiative called “Bending the Curve Initiative” to reverse biodiversity loss via (1) unprecedented conservation measures and (2) a total remake of food production techniques.

One of the upshots of the breakdown in nature is the issue of “adequate food for humanity.” Accordingly: “Where and how we produce food is one of the biggest human-caused threats to nature and to our ecosystems, making the transformation of our global food system more important than ever,” Ibid Which implies the end of rainforests obliteration, the end of industrial farming, full stop, eliminating mono-crop farming, and “stopping dead in its tracks” the use of toxic, deadly insecticides, which kill crucial life-originating ecosystems by bucketloads, as for example, 75% loss of flying insects over 27 years in nature reserves in portions of Europe (Source: Krefeld Entomological Society, est. 1905). What kills 75% of flying insects?

Additionally, the Report recognizes the necessity of the “transformation of the prevailing economic system.” Meaning, a transformation away from the radical infinite growth hormones that are attached to the world’s lowest offshore wages and lowest offshore regulations as an outgrowth of neoliberalism, which is rapidly destroying the world. It’s a terminal illness that’s fully recognized around the world as “progress.” But, its unrelenting disregard for the health of ecosystems and for workers’ rights makes it a serial killer.

The wonderful world of nature is not part of the neoliberal capitalistic formula for success. In fact, nature with its life-sourcing ecosystems is treated like an adversary or like one more prop to use and abuse on the way to infinite progress. Really?

The Report alerts to the dangers of a “business as usual world,” an epithet that is also found throughout climate change literature. These warnings of an impending loss of ecosystems, and by extension survival of Homo sapiens, depict a biosphere on a hot seat never before seen throughout human history. In fact, there is no time in recorded history that compares to the dangers immediately ahead. The most common watchword used by scientists is “unprecedented.” The change happens so rapidly, so powerfully. It’s unprecedented.

Meanwhile, people are shielded from the complexities, and heartaches, of collapsing ecosystems in today’s world by the artificiality of living a life of steel, glass, wood, cement, as the surrounding world collapses in a virtual sea of untested chemicals.

In the end, humans are the last vertebrates on the planet to directly feel and experience the impact of climate change and ecosystems collapsing. All of the other vertebrates are first in line. Maybe that’s for the best.

Still, how many more 68% plunges in wild vertebrate populations can civilized society handle and remain sane and well-fed?

Robert Hunziker – MA, economic history DePaul University, awarded membership in Pi Gamma Mu International Academic Honor Society in Social Sciences is a freelance writer and environmental journalist who has over 200 articles published, including several translated into foreign languages, appearing in over 50 journals, magazines, and sites worldwide. He has been interviewed on numerous FM radio programs, as well as television.