If the ‘Great Reset’ Really Is so Good for Us, Let’s Hold a Referendum on It, so It Can Have a Democratic Mandate (or Not) 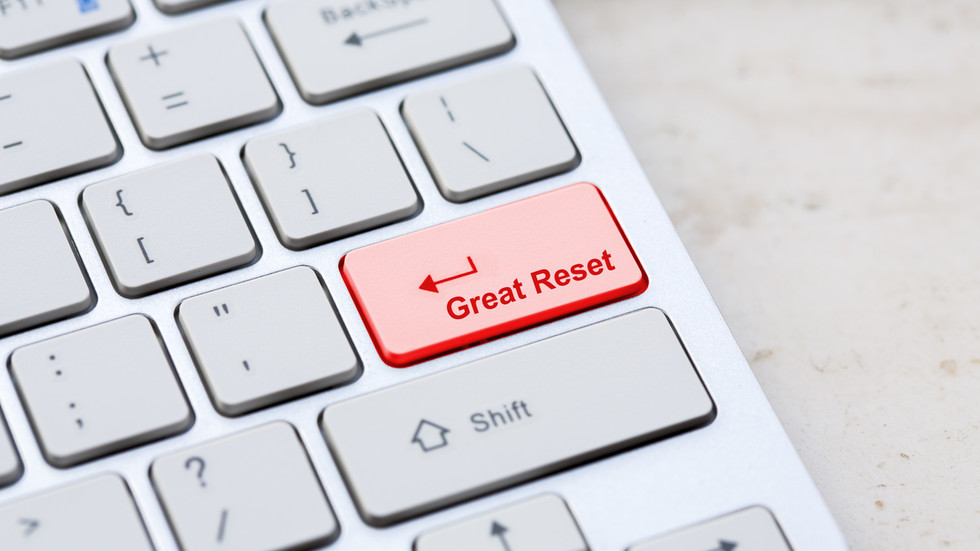 20 Nov 2020 – The World Economic Forum’s ‘Great Reset’ and associated Fourth Industrial Revolution would, if implemented, mean far deeper changes to our everyday lives than Brexit, yet is being pushed through without any proper debate.

Compare and contrast. On the issue of whether Britain should leave the EU we’ve had:

In fact, for the period May 2016 until March 2020, it seemed MPs were talking about nothing else.

No one can say that Brexit, if it indeed finally happens at the end of this year, hasn’t been properly discussed, or that it hasn’t had democratic endorsement. The ‘Leave’ side won the referendum vote and then in 2019 the Tory government was re-elected on the promise of ‘Get Brexit Done’. Traditional ‘Red Wall’ Labour seats went Tory for the first time in 2019 largely because of Brexit.

Contrast this with the Great Reset/Fourth Industrial Revolution. The UK government, like many others in the West, is clearly trying to implement the Klaus Schwab/WEF programme, under the guise of fighting a virus, but unlike Brexit, not only is there no public vote, there is not even a debate.

Also: An elite-led ‘Great Reset’ post-Covid? No, what we need first is to get rid of the globalist approach that got us into this mess

The Great Reset/4IR is actually about redefining what it means to be human.

For centuries, it has been accepted that man is a social animal. That meeting up with other people is good for us. That we have certain freedoms which are inalienable. But the Great Reset/4IR threatens all of this.

“What the fourth industrial revolution will lead to is a fusion of our physical, digital and biological identity.”

Wow. A fusion of our physical, digital and biological identity. That’s Transhumanism. Cyborgs. I Robot. That represents a slightly bigger change to our lives than anything argued about in the Brexit negotiations.

So will the abolition of private property, except for a privileged few. The WEF predicts that by 2030,

“You’ll own nothing. And you’ll be happy.”

Is this what the public really wants? Ditto a ‘cashless society’? Humans have been using cash banknotes and coins for millennia, now we’re told they have to go. The civil liberties repercussions of a cashless society are truly terrifying as they mean anyone can be ‘cut off’ from the system for non-compliance. Eliminate cash, and you eliminate freedom.

Read more: The future is ‘CLEAR’ and it’s Dystopian: Virus hype ushers in a Covid 19-84 nightmare of restricted access

Then there are the draconian changes to our lives on the grounds of ‘sustainability’. The Conservatives had pledged to ban the sale of diesel and petrol cars from 2040. But this week, Prime Minister Johnson, again without any public debate, brought the date forward to 2030. Again, where’s the democracy here?

The Great Reset/4IR means that the golden age of travel for ordinary people will be at an end. The WEF has been promoting digital health passes raising the very real prospect that only those who have had Covid-19 vaccines or negative test results would be able to leave their country, or indeed attend a sporting or cultural event.

Combine that with the collapse of the airline industry, the mass closure of all but the most expensive hotels, the end of cheaper petrol-fuelled cars and the advent of ‘smart’ motorways where access can easily be restricted, and most people will be stuck in their homes. But not, of course, Davos Man. Davos Man doesn’t use Easy Jet. Davos Man uses Private Jet. He’ll still be flying to Switzerland to elite conferences where fellow billionaires discuss further how they can use hi-tech methods to restrict the travel of everyone else, to ‘save the planet’.

What life would be like in Britain under the Great Reset was laid out for us in Boris Johnson’s ‘socially distanced’ speech to the Tory Party Conference in October.

It was an oration which could easily have been written by Klaus Schwab.

“From internet shopping to working from home, it looks as though Covid has massively accelerated changes in the world of work… as old jobs are lost and as new jobs are created… The Covid crisis is a catalyst for change,” Johnson enthused.

Previous generations were told that the world was their oyster, but under the Great Reset, horizons are much narrower.

“Instead of being dragged on big commutes to the city,” people can “start a business in their home town… and bring up their children in the neighbourhoods where they grew up themselves,”

Johnson went on. But of course, the elites will still be moving around, it’s just the plebs who will be grounded.

The premise of the Great Reset is that there is absolutely no going back to the lives we enjoyed prior to March 2020.

“The people assume we are just going back to the good old world which we had and everything will be normal again in how we are used to normal in the old fashioned. This is, let’s say, fiction, it will not happen, the cut which we have now is much too strong in order not to leave traces,” says Schwab.

Now of course, some people might like the idea of working permanently from home (that’s if they’re lucky enough to have a job), ordering everything they need online (to arrive by drone), having to have a continually updated digitalised health pass to go anywhere, owning nothing and having their biological, physical and digital identities ‘fused’, but shouldn’t they be consulted about it first?

And what about those of us who actually miss the ‘old-fashioned’ normal of mixing freely with people, of paying in cash, of driving petrol-fuelled cars wherever we want to go, and being in crowded pubs? Most of us care about the environment, but are suspicious that, like Covid-19, ‘sustainable development’ has become a Trojan Horse to introduce regressive changes to our lives that most definitely are not to our benefit.

A referendum on the Great Reset/Fourth Industrial Revolution is urgently needed so that the ‘Build Back Better’ brigade can put their case directly to the electorate. If what they are proposing really is so great, then what on earth are they frightened of?