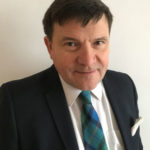 If the ‘Great Reset’ Really Is so Good for Us, Let’s Hold a Referendum on It, so It Can Have a Democratic Mandate (or Not)
Neil Clark | RT - TRANSCEND Media Service, 23 Nov 2020

20 Nov 2020 – The World Economic Forum’s ‘Great Reset’ and associated Fourth Industrial Revolution would, if implemented, mean far deeper changes to our everyday lives than Brexit, yet is being pushed through without any proper debate. 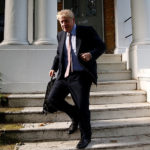 18 Jun 201 – Barring an earthquake, Boris Johnson will become Tory leader and Britain’s new PM on July 22, if not before. It’s all a far cry from 3 years ago, when his leadership campaign was over before it began. What’s been the difference?

20 Sep 2018 – It’s basically a battle between billionaires Axel Springer SE and Google. But it is ordinary internet users who will fall victim to the EU’s new copyright law, which urgently needs modification. The new copyright legislation, passed last week, clamps down quite severely on sharing things online. When Tim Berners-Lee, the creator of the World Wide Web, warns us of the dangers the new law poses, we should all sit up straight and pay attention.

7 Sep 2018 – Libya remains a lawless land, with rival militias fighting battles in the streets of Tripoli and over 1 million people in need of aid. But the West’s ‘liberal interventionists’ aren’t interested in the catastrophe they created. The only conclusion one can draw is their sole interest in the country was seeing Muammar Gaddafi toppled: “Slave markets in ‘liberated’ Libya and the silence of the humanitarian hawks” 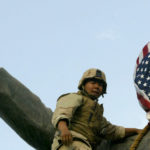 What If the World Started Using US Logic in Its Relations with America?
Neil Clark – RT, 27 Aug 2018

21 Aug 2018 – You’re sanctioned! You’re bombed! You’re invaded! The US has plenty of punishments lined up for states which it claims are doing things wrong. But what if the rest of the world held the US to the same standards? “Only when we are living in a world in which sanctions are imposed ‘on’ the United States rather than ‘by’ the United States will we know justice reigns.”

17 Mar 2018 – It was seven years ago this week that the conflict in Syria began. How might it have developed without the negative role played by Western powers and their regional allies? Beware the Ides of March, the old saying goes. The 15th of March down the ages has seen not only the assassination of Julius Caesar and the Nazi invasion of Czechoslovakia; it was also the day, in 2011, that the conflict in Syria began.

9 Feb 2018 – You’d have to have a real sense of humor failure not to laugh. Repeat after me (with robotic arm movements): “Unproven Russian involvement in Brexit – terrible! Impose more sanctions on Moscow! A £400k check from an American billionaire for an anti-Brexit campaigning group – that’s no problem; it’s helping our democracy!” 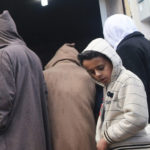 1 Dec 2017 – The reports that black Africans are being sold at slave markets in ‘liberated’ Libya for as little as $400 is a terrible indictment of the so-called ‘humanitarian intervention’ carried out by NATO to topple the government of Muammar Gaddafi in 2011. Libya was transformed by NATO from the country with the highest Human Development Index in the whole of Africa in 2009 into a lawless hell-hole, with rival governments, warlords and terror groups fighting for control of the country.

Turkish MP Eren Erdem has told RT that Islamic State terrorists, then going under the name of Iraqi Al-Qaeda, received all the necessary materials to produce deadly sarin gas via Turkey. Erdem, who is now being charged with treason for his comments, revealed that an investigation by Turkish police was started but then the case was closed, and all the suspects were released near the Turkish/Syrian border. He accused the Turkish authorities of a high-level cover up.

Unelected Power: Democracy on the Retreat in Europe (and not just in Ukraine)
Neil Clark – TRANSCEND Media Service, 10 Mar 2014

The hailing of a foreign-backed coup d’état in a country where fresh elections were only 12 months away as a “victory for democracy” was truly Orwellian. The wishes of the 2 million people who marched against the Iraq war in London in February 2003 were arrogantly dismissed, but the protesters in Maidan, though far fewer in number, simply had to have their way.

Mother Agnes and the ‘Liberal’ Hawks Out to Silence Her
Neil Clark – Russia Today, 25 Nov 2013

Owen Jones and Jeremy Scahill unfortunately bowed to the pressure, and said that they would withdraw from the conference if Mother Agnes was also on the platform. At the weekend Stop the War announced that Mother Agnes had withdrawn from the conference. Her dignified, graceful letter to Stop the War was in sharp contrast to the nastiness of the attacks made on her by her accusers.

The Left vs. the Liberal Media
Neil Clark – The American Conservative, 20 May 2013