‘Buy It or Else’: Inside Monsanto and BASF’s Strategy to Force Farmers to Buy GMO Seeds and Pesticides

Internal company records show the companies knew their weedkiller, sprayed on GMO soybeans, would drift onto neighboring fields, devastate non-GMO organic crops, and that crop damage would be extensive. They sold it anyway. 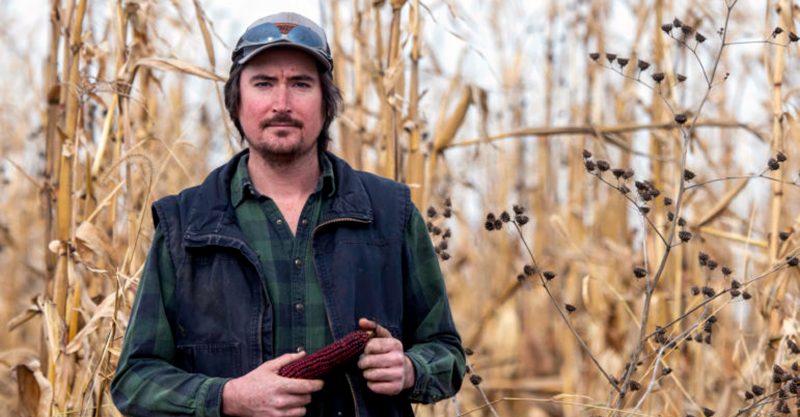 Illinois farmer Will Glazik has lost bushels of organic soybeans, and fears losing his organic certification, because when nearby farmers spray dicamba, the pesticide drifts onto his fields.
Image credit: Midwest Center for Investigative Reporting.

That’s the choice soybean farmers such as Will Glazik face. The past few summers, farmers near Glazik’s central Illinois farm have sprayed so much of the weedkiller dicamba that it has polluted the air for hours and sometimes days.

As Glazik puts it, there are two types of soybeans: Monsanto’s, which are genetically engineered to withstand dicamba, and everyone else’s.

Glazik’s soybeans have been the damaged ones. His soybean leaves will curl up, then the plants will become smaller and weaker. He’s lost as much as 40 bushels an acre in some fields, a huge loss when organic soybeans are $20 a bushel. He has to hold his breath every year to see if the damage will cause him to lose his organic certification.

His neighbors who spray dicamba are frustrated with him, he said. There’s an easy solution to avoid damage, they tell him, “Buy Monsanto’s seeds.”

This reality is what Monsanto was counting on when it launched dicamba-tolerant crops, an investigation by the Midwest Center for Investigative Reporting found.

Monsanto’s new system was supposed to be the future of farming, providing farmers with a suite of seeds and chemicals that could combat more and more weeds that were becoming harder to kill.

Instead, the system’s rollout has led to millions of acres of crop damage across the Midwest and South; widespread tree death in many rural communities, state parks and nature preserves; and an unprecedented level of strife in the farming world.

Executives from Monsanto and BASF, a German chemical company that worked with Monsanto to launch the system, knew their dicamba weedkillers would cause large-scale damage to fields across the U.S. but decided to push them on unsuspecting farmers anyway, in a bid to corner the soybean and cotton markets.

Monsanto and BASF have denied for years that dicamba is responsible for damage, blaming farmers for making illegal applications, weather events and disease. The companies insist that when applied according to the label, dicamba stays on target and is an effective tool for farmers.

Over the past year, the Midwest Center reviewed thousands of pages of government and internal company documents released through lawsuits, sat in the courtroom for weeks of deliberation, interviewed farmers affected by dicamba and weed scientists dealing with the issue up close. This story provides the most comprehensive picture of what Monsanto and BASF knew about dicamba’s propensity to harm farmers’ livelihoods and the environment before releasing the weedkiller.

Bayer, which bought Monsanto in 2018, refused to grant an interview with the Midwest Center. Company officials did not respond to requests for comment, instead issuing a statement. 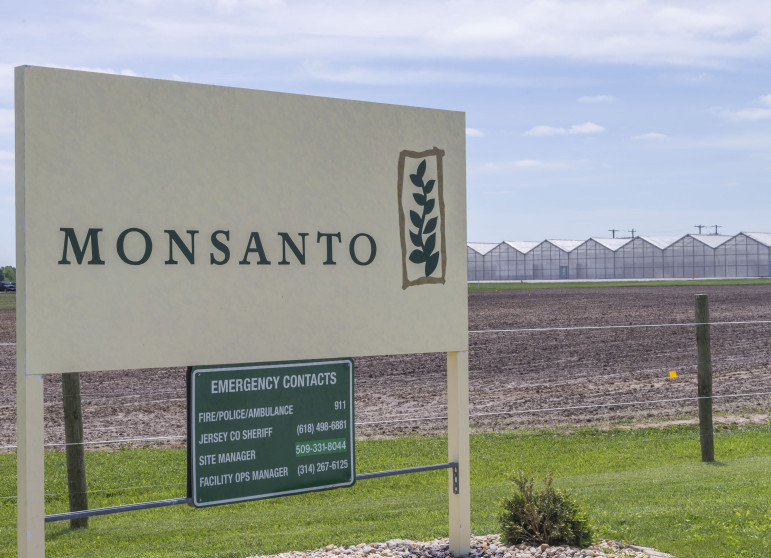 A Monsanto facility in Jerseyville, Illinois, in 2015. Monsanto, which was purchased by Bayer in 2018, released the dicamba-tolerant crops, beginning in 2015.

Spokesman Kyel Richard said the company “has seen an outpouring of support from grower organizations and our customers.”

“We continue to stand with the thousands of farmers who rely on this technology as part of their integrated weed management program,” Richard said.

BASF also did not respond to requests for comment, instead issuing a statement.

BASF spokeswoman Odessa Patricia Hines said that the company’s version of dicamba has “different physical properties and compositions” than Monsanto’s. Hines said the company is continuing to improve its dicamba technology.

A federal court banned the herbicide earlier this year, but the EPA reinstated dicamba for five more years in October. 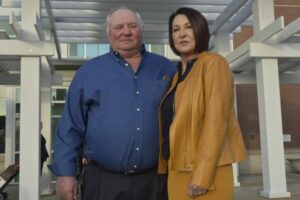 Earlier this year, a federal jury sided with a Missouri peach farmer who sued the companies for driving his orchard out of business. The jury awarded Bill Bader $15 million for his losses and $250 million in punitive damages designed to punish Bayer. Bayer and BASF are appealing the verdict. The punitive damages were later reduced to $60 million.

Hines of BASF pointed out that in the Missouri trial: “The jury’s verdict found that only Monsanto’s conduct warranted punitive damages.”

Following the trial, Bayer announced a $400 million settlement with farmers harmed by dicamba, including $300 million to soybean farmers. Bayer said they expect BASF to pay for part of the settlement.

An attorney for Bader called the companies’ conduct “a conspiracy to create an ecological disaster in order to increase their profits” in court filings. The case largely revolved around showing that the companies knew dicamba would harm thousands of farmers.

According to court exhibits, in October 2015, Monsanto projected it would receive nearly 2,800 complaints from farmers during the 2017 growing season, a figure based on one-in-10 farmers having a complaint.

However, even one Monsanto executive knew these projections might be low, according to court records. In late August 2016, Boyd Carey, a Ph.D. crop scientist overseeing the claims process for Monsanto, realized it might be more like one-in-five and asked for a budget increase from $2.4 million to $6.5 million to investigate claims. Carey testified that he was awarded the increase.

The projected number of complaints rose to more than 3,200 for 2018, before going down. After 2018, Monsanto figured that fewer farmers would be harmed because more farmers would switch to Monsanto’s crops to avoid being damaged, Carey testified in the Bader trial.

Dicamba affects all parts of Glazik’s operation. He grows organic soybeans to avoid exposure to toxic pesticides. He also likes the higher premiums and the improved soil quality. But with dicamba in the air, he’s less likely to be successful.

He now has to plant his soybeans later each year. Soybeans are less likely to be severely damaged when they’re small, and planting them later than usual means they’ll be smaller when the inevitable cloud of weedkiller envelops his crops. Later planting typically means a bit of yield loss. It also means a later harvest, which limits planting of cover crops Glazik uses to improve his soil.

“All crop damage aside,” he said, the weedkiller is everywhere. Oaks, hickories and other trees are damaged near his farm, both in the country and in town, he said. “The fact is that the chemical can volatilize and move with the wind and in the air. We’re breathing it.”

For two decades, Monsanto made billions of dollars with Roundup Ready crops, which had been genetically engineered to withstand being sprayed by the weedkiller and adopted by nearly every American soybean farmer. But by the mid-to-late 2000s, Roundup was starting to fail. Farmer’s fields were overwhelmed with “superweeds” that had developed resistance to Roundup’s active ingredient, glyphosate.