Biden Orders US to Rejoin Paris Agreement on Climate Change

“We are going to combat climate change in a way we have not done so far,” U.S. President Joe Biden said. 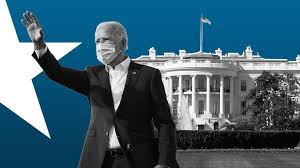 Hours after being sworn in as the 46th President of the United States, Biden signed in the Oval Office an executive order that returns his country back to the Paris Agreement on climate change, reversing his predecessor Donald Trump’s decision to abandon the deal.

“We are going to combat climate change in a way we have not done so far,” he said before the signing.

“I warmly welcome President (Joe) Biden’s steps to re-enter the Paris Agreement on climate change and join the growing coalition of governments, cities, states, businesses and people taking ambitious action to confront the climate crisis,” said Guterres in a statement.

Biden had promised that he would rejoin the Paris climate agreement on his first day of taking office.

“Today, the Trump Administration officially left the Paris Climate Agreement. And in exactly 77 days, a Biden Administration will rejoin it,” Biden tweeted on Nov. 4 last year, the day the United States formally withdrew from the pact.

Trump announced the withdrawal soon after he took office in 2017, citing concerns about the pact’s threat to the U.S. economy.

Biden picked former Secretary of State John Kerry to be his special envoy for climate, indicating the importance of this issue in his foreign policy.

The Paris Agreement of climate change, agreed on by almost every country in the world in 2015 after lengthy negotiations, aims to tackle climate change by cutting greenhouse gas emissions and sets a global target of keeping the rise in the average temperature no higher than 2 degrees Celsius above pre-industrial levels.