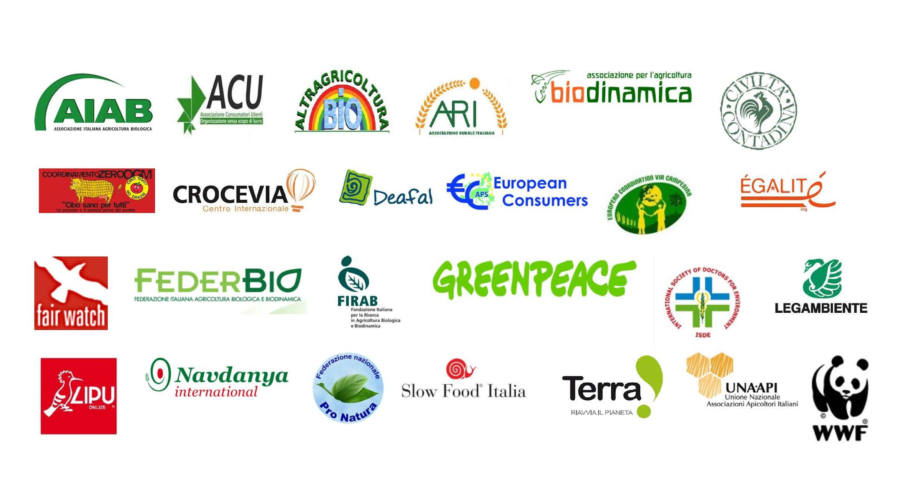 14 Jan 2021 – Twenty six farmers organisations, environmental movements and consumer associations in Italy collectively launched a powerful campaign this week, which prevented the government from passing 4 bills inspired by the agribusiness lobby. The bills were  proposed by the Minister of Agriculture, and were set to permit GMOs and other New Breeding Techniques (NBT) to enter the country. After an intense media storm and direct public pressure placed on every single parliamentarian of  the Agriculture Commission of the Chamber, the pro GMO/NBT decrees of the Ministry of Agriculture were not passed in their original form. Instead, the bills were strongly conditioned and therefore voided of all parts concerning GMOs and NBTs, as well as of the restrictions to free exchange of seeds. The attempt behind the decrees was aimed at forcing an illegitimate opening to “old” and “new” GMOs (new beingNBTs) and to deny the possibility for farmers to carry out activities such as reusing seeds, and the exchange of part of the harvest as seeds or propagation material.

“Thanks to the openness of the rapporteurs in charge of the dialogue with organic farmers’ organizations, environmental and consumer associations, and the support of the members of the Chamber’s Agriculture Committee, this attempt has been foiled for the moment.” This is the comment of the associations that started the mobilization after the Senate – instead – passed the bills during the Christmas holidays, right in  the middle of the pandemic’s upswing. Not surprisingly, the mainstream media did not report the news. Right after the Chamber’s vote,  the Agriculture Minister, Teresa Bellanova resigned, starting a political crisis in Italy. Nevertheless, the same minister, in the days before the vote, had made a last attempt to save her bills, advocating that NBTs are not GMOs. A position that was  already discharged by the Court of Justice of the European Union on July 25, 2018.

As the associations underline in their press release, “The ugly chapter of the Senate Agriculture Committee’s recommendations has been overcome. The future Minister of Agriculture will be called to respect the constraints imposed by the opinions expressed in the Chamber. For all of them, in fact, it is asked that the sentence of the European Court of Justice is respected, which established that the rules existing today for GMOs are also applied to NBTs without exceptions or derogations, as well as that all references to GMOs in the decrees under examination are removed. Therefore, confirming the nature of Italy as a GMO-free country.”

Nevertheless the corporate assault is not over. As Navdanya International detailed in a recent article – The lobby behind Italy’s opening to GMOs – following the publication of the Court of Justice’s judgment, the European Union has been subject to incessant lobbying pressure from the United States and other trading partners for NBTs to not be absorbed by the existing GMO legislation. Commenting on the multiple defeats of agribusiness, the U.S. Secretary of Agriculture Sonny Perdue, defined the European Court’s ruling as “regressive and untimely”, announcing the willingness of his ministry to “redouble efforts” to convince European partners to change their approach. The meeting between Sonny Perdue and the Minister of Agriculture Teresa Bellanova took place at the end of January 2020 in Rome. NBTs were not missing among the topics of the meeting. This was the Italian Minister’s stance on the subject after the meeting: “Above all, I consider the importance of the collaboration in research and innovation, with particular regard to innovative techniques of plant genomics. We are also working at European level to make a clear distinction between these techniques and transgenic genetic modification.” A position, once again, defiant of the Court of Justice’s pronouncement.

As we celebrate the success of the Italian campaign, we must still underline the fact that the danger is not over, in Italy, in Europe, or in the rest of the world. The agribusiness lobby and their political allies will not stop their attempts to appropriate farmers seeds and people’s food, but this Italian movement has shown us a way to stop them. As Vandana Shiva, president of Navdanya International, commented learning the result of the vote in the Italian Chamber: “What happened is big, not just for Italy but for the world.”