An Open Letter to President Biden…

… to Address the Following Requests

Please accept my congratulations and best wishes with your work as President.

I have two urgent requests to ask of you.

Please do all you can to free Julian Assange and let him go home to his family. He has served long enough; his family hankers for his presence and for his punishment to end. 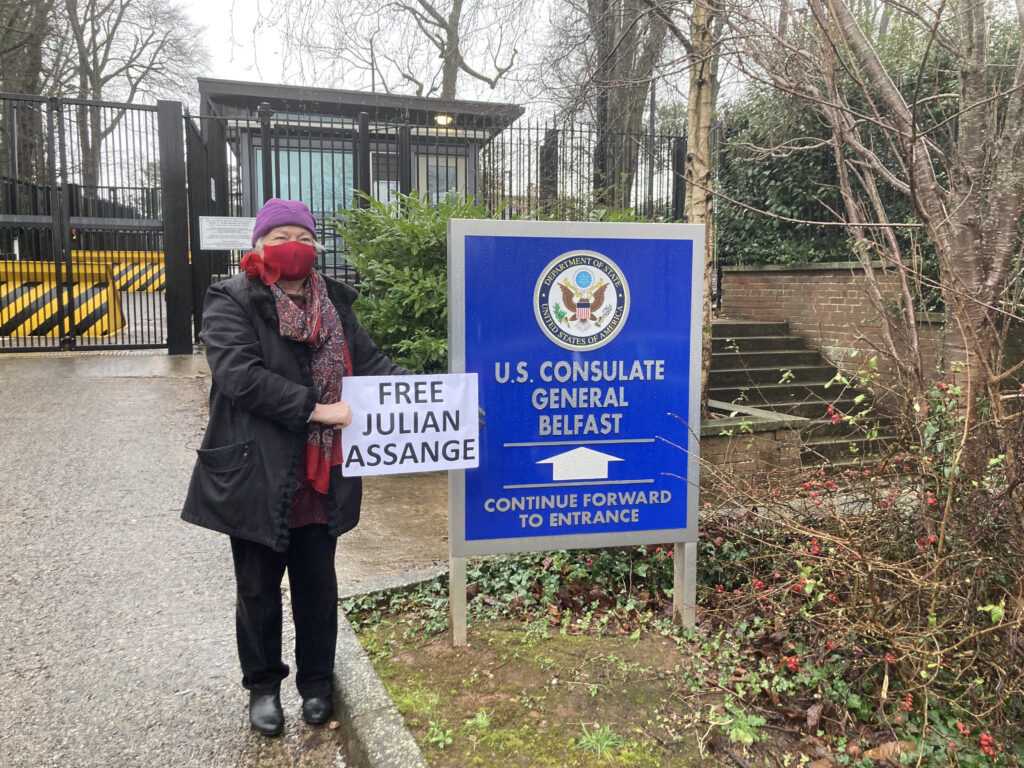 Northern Ireland Peace activist Mairead Maguire (winner of the Nobel Peace Prize 1976) in front of the US Consulate General in Belfast on 24 Jan 2021.

2) Save the Children of Yemen

Your foreign policy is causing death and starvation of thousands of Yemeni children as the ports are blocked and people cannot get food.  Do not let history record again that powerful governments played politics with little children’s lives. I implore you Mr. President–along with the UK government–to immediately stop the war on the Yemeni people.  Please end the arms sales to Saudi Arabia and make peace. Sadly more and more Yemeni children are being starved by warring parties whose blockades and bomb attacks have and continue to decimate their country.

Millions of children across Yemen face serious threats due to malnutrition, in particular, and the lack of basic health services. All these threats are caused by the ongoing war and hostilities in the country (file photo).
© UNICEF/UN0276430/Almahbashi

Please learn from Northern Ireland, and solve this horror of war on Yemen, through dialogue.

Anticopyright: Editorials and articles originated on TMS may be freely reprinted, disseminated, translated and used as background material, provided an acknowledgement and link to the source, TMS: An Open Letter to President Biden…, is included. Thank you.

2 Responses to “An Open Letter to President Biden…”