26 Jan 2021 – I have coined this word to refer to the casual atmosphere and sights that one can witness in some busy places of a city such as a river front, beach, market, railway station, and so on. 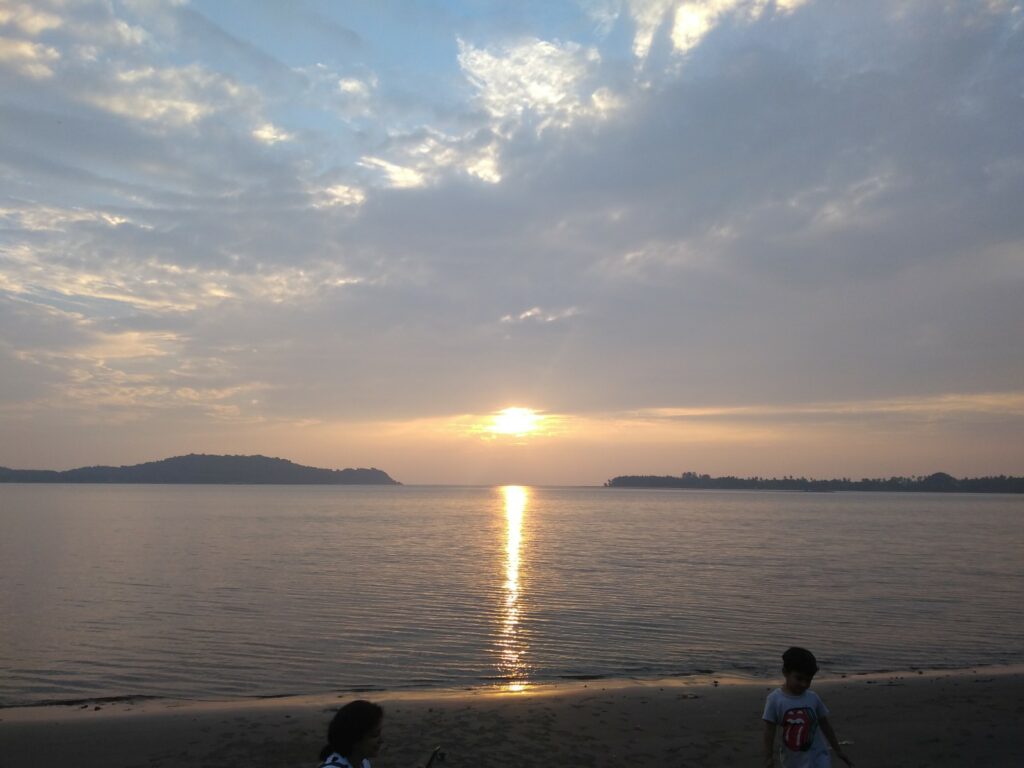 Sunset in a Goa beachfront. Photo by Ravi Bhatia

Recently my family and I had gone to Goa on the western shore of India for a few days. Goa was annexed by Portugal in the early sixteenth century and ruled Goa for about four and a half centuries. In fact it was administratively called as one of the overseas states of Portugal.

Only in 1961, the Indian government was able to militarily reclaim Goa as part of India. India had got freedom from the British in 1947; France the other colonial power in India voluntarily left India a few years later.

Today Goa and its capital Panaji have beautiful beaches along the Arabian Sea. The Portuguese influence can be seen in several beautiful churches and an overall architecture of the region. But the Portuguese language has all but disappeared except for a few elderly people who survive in the region. 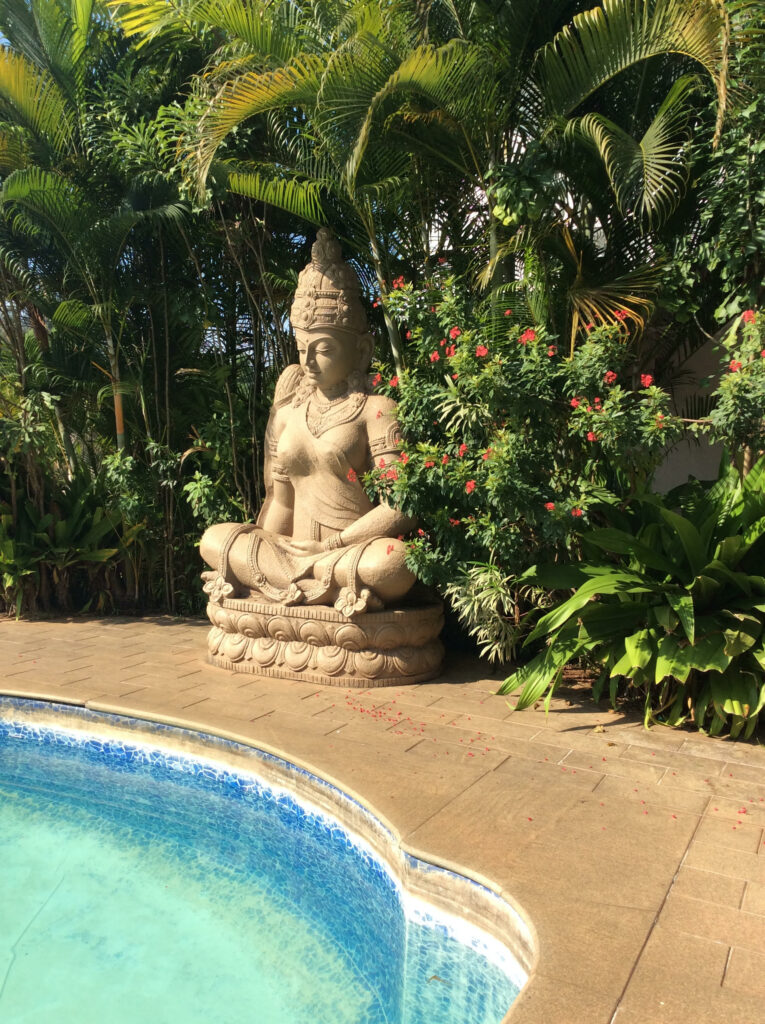 Goddess in a Goa resort

Naturally we went to a few beaches whose pictures are also appended to this essay. One beach that we went to was named Vagator beach. The beach had an unusual atmosphere with several small restaurants and a few chairs and tables arranged by these restaurants for visitors to enjoy the food and drinks and watch other visitors on the beach. Beer was a favourite drink on many of the tables. The people were casually dressed with a few young women wearing bikinis and monokinis. Some people were swimming or just standing in the tides. One could also see some men adorning different tattoos on their arms, legs and even on their necks.

The children, as they usually do, were running and jumping in or near the tidal waves. They were playing football or with frisbees. A few children were even singing some songs probably in the common language of Goa — Konkani. Apart from this language which was somewhat similar to the Marathi language, Hindi and English languages were also widely used. English appeared to be dominating on the billboards of the beachside restaurants. 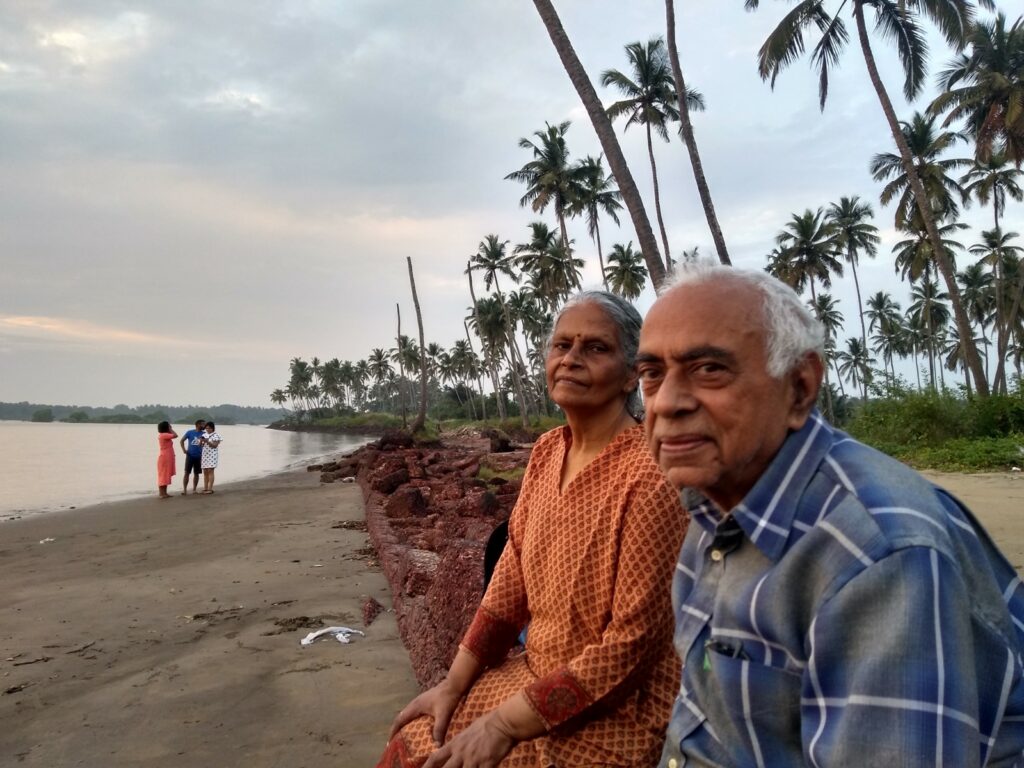 An interesting sight was that of an air balloon that was being propelled by a motorised boat in the ocean waves and the air balloon lifting upwards due to air pressure. There were quite a few visitors who were paying a hefty charge to ride the balloon for about three minutes in the air.

Another unusual sight was the massage that a few visitors were getting from some local women who seemed to specialise in this area and another in trimming women’s hair styles for a fee. In fact these women — about a dozen or so were walking along the beach and beseeching people to try out their skills. The women spoke several languages — Hindi, Konkani, Marathi and even broken English to converse with their customers. 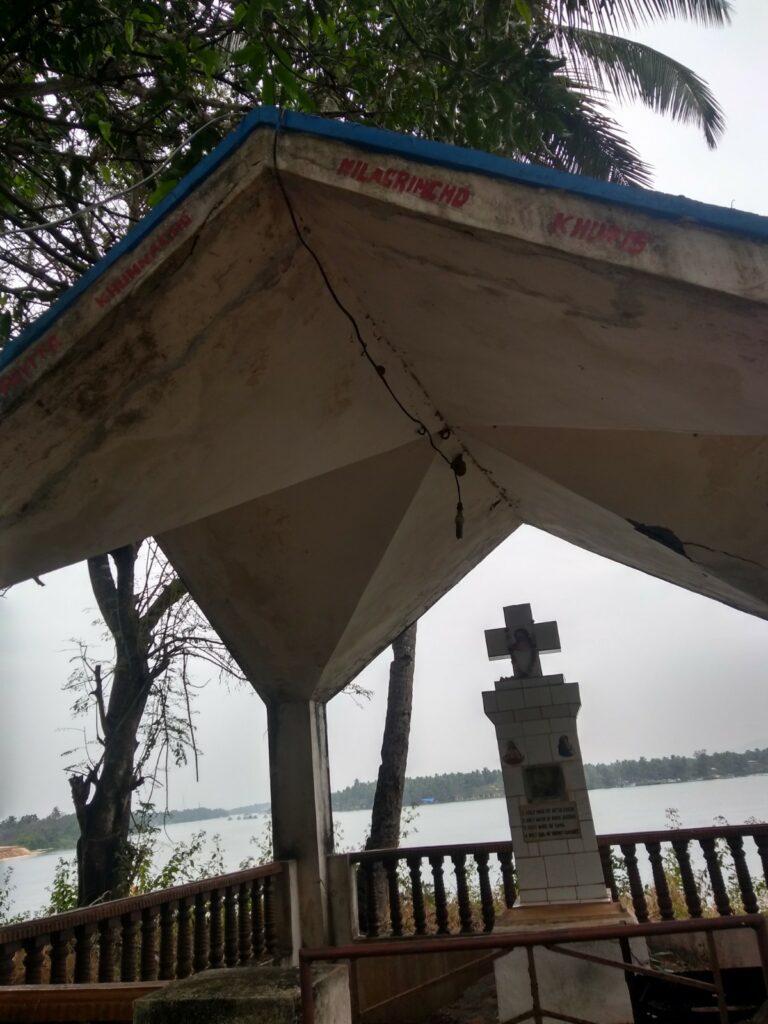 Over all, as I wrote earlier, a casual easy atmosphere prevailed in this and other beaches. The visitors were enjoying themselves in various ways and were happy to pay for the various services.

One could only wish that the rest of India also was financially and socially sound as the visitors of Goa were. 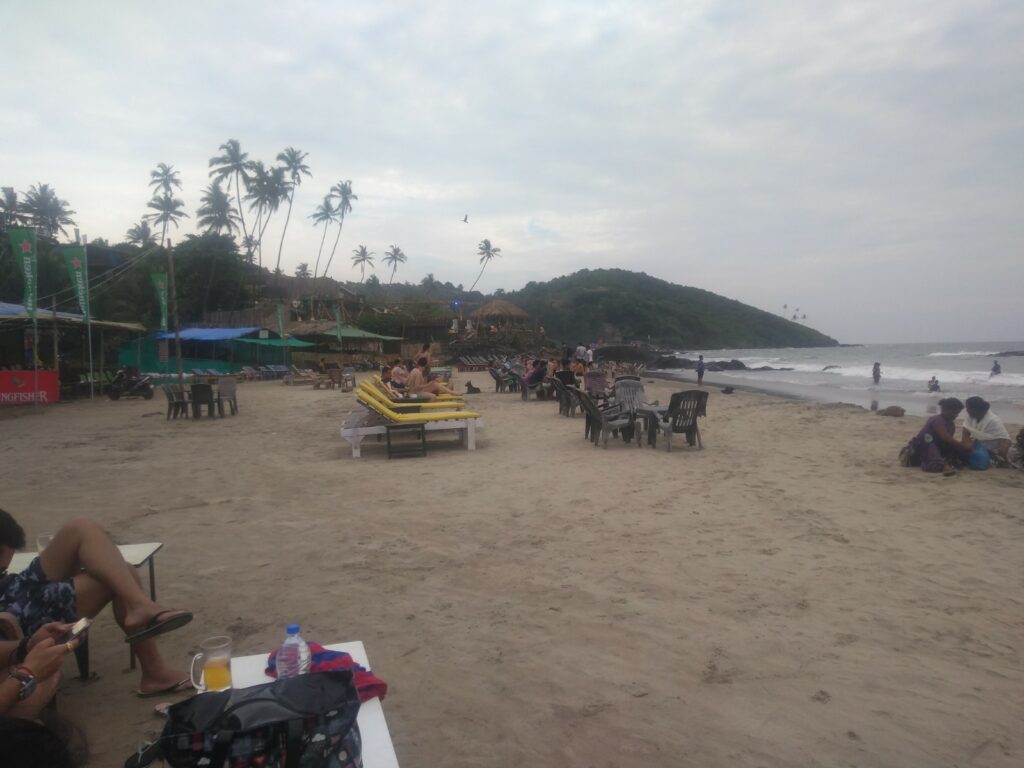 Anticopyright: Editorials and articles originated on TMS may be freely reprinted, disseminated, translated and used as background material, provided an acknowledgement and link to the source, TMS: CASUALESE — Fun and Games, is included. Thank you.