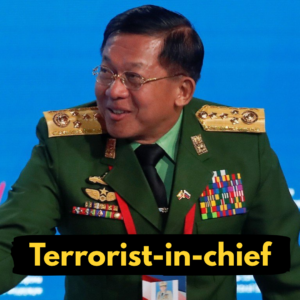 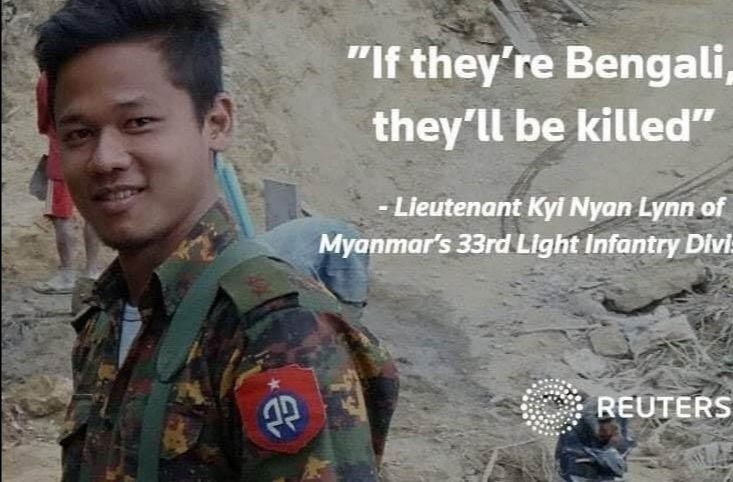 21 Feb 2021 – I have been running on empty for the last 3 weeks since I “watched” the real-time coup on my chat box as the messages of raids and detention arrived  a few informed sources.

Concerned about another wave bloodbath by Myanmar Tatmadaw or military – which have on its civilian channel MRTV issued a chilling warning to the public, which have overwhelming support – anti-coup Civil Disobedience Movement – that the coup leaders are going to use lethal force should the protesters take to the street tomorrow (22 Feb in Myanmar).

The Internet shut down in Rangoon is from 1 am till 12 noon, and 4 am to 8 pm martial law, which bans gathering of more than 5 people, is issued. 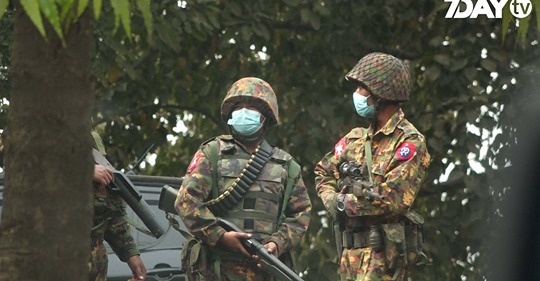 Light Infantry Division 33 (in pix above) – known for its genocidal killings, violence and destruction against Rohingyas in the late summer months of Aug and September – are being deployed on the streets of Mandalay since yesterday.   Snipers are easily spotted while the military intelligence agents, plainclothes and in uniform are seen recording every protests and “the ground situation” for identifying key organizers using Chinese Facial Recognition Tech for subsequent arrests and kidnapping.

LID 77 have been in Yangon for a week or longer. 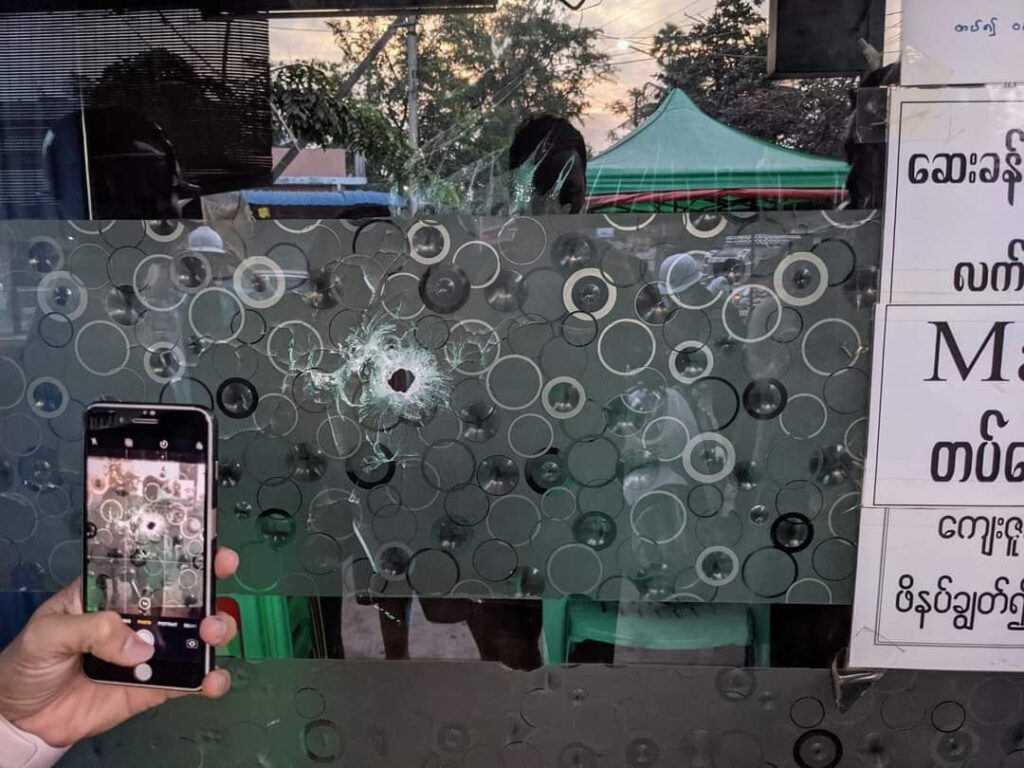 Leopards do not change their spots, or “you can put the twisted tail of a dog in a bamboo stem, to straighten it.

I saw a Facebook videoclip of a commando, in plainclothes, making a blatant threat that he will shoot tonight at 11 pm on patrol.

A sense of invincibility and impunity reeks in his filth-filled blood-thirsty Facebook speech.

As a 12-year old boy, I saw soldiers in combat gears on the streets of Mandalay  in 1975 uprisings – going after protesters.  And again in 1987 I saw up close truck loads of soldiers, jumping off to take positions and aiming their machine guns aiming at student protests marching near Mandalay Hotel where I worked as a daily wage tour-guide for the then “socialist” regime of Ne Win in 1987, a few years after my undergraduate years.   In Tokyo, I remembered crying with a bunch of Burmese students and migrant workers when we saw on Japan’s public TV NHK news videoclips of soldiers firing on unarmed civilian protesters – some teenagers  – in front of US Embassy on Merchant Street in Rangoon in August 1988.

Contrary to the overwhelming Burma expert view that only incremental progress is possible and that the Tatmadaw leaders can be reasoned with.  As I had informed Daw Aung San Suu Kyi 8 years ago when I saw her in London I would say it again: the world cannot do business with the Tamadaw leaders.    Myanmar military can NOT be informed.

This was what I was told in July 1988 in no uncertain term by one of my late uncles, a military officer, contemporary with and a colleague of formerly #3 general Shwe Mann.  My late Uncle was emphatic that I find greener pastures, and do not throw away my life or education by returning to Myanmar.   Sitting in his regional command office – in his full uniform – he bitterly and painfully described the Tatmadaw, his employer, as a thieving murderous organization.  He was trapped.   And he died a prisoner of his own guilty conscience.

I know I always say very controversial thing, whether Suu Kyi is a charlatan, or many are Burma or Burmese experts are self-interested spinmeisters who know which side of the bread is buttered, or the Buddhists are committing a genocide.

In character, I have started pushing the message – that Myanmar coup group ought to be designated TERRORISTS.  It has the benefit of being true and accurate.

I am not alone.  There is an enveloping popular sentiment across Myanmar’s public and many in the diaspora that Myanmar does NOT have national armed forces that have sworn to protect the people.

The Tatmadaw have long morphed into a terrorist mafia, operating with the institiutionalized self-delusion of “patriotism”.

Way past time to call a spade a spade.

Anticopyright: Editorials and articles originated on TMS may be freely reprinted, disseminated, translated and used as background material, provided an acknowledgement and link to the source, TMS: Designate Myanmar Coup Group as Terrorists, is included. Thank you.