Pentagon Goes Rooting for ‘Extremists’ among Its 3.6mn Trained Killers 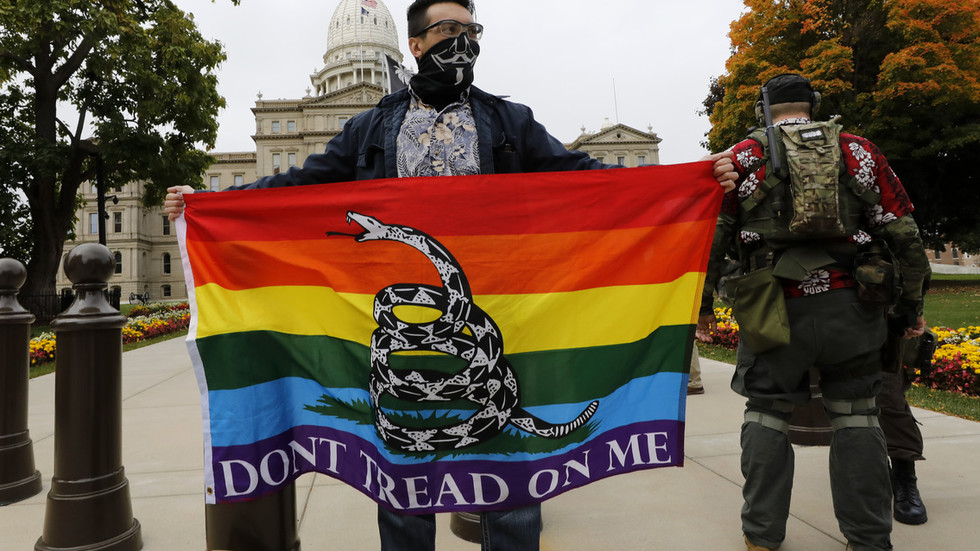 6 Feb 2021 – The US military is making a big show of cleansing its ranks of ‘extremism’ – because nothing says tolerance like raining fiery death on innocent strangers at the command of a guy who just stepped down from Raytheon’s board.

With “domestic extremists” now officially the enemy du jour in Washington, the top order of business has become finding some. On Wednesday, newly-anointed secretary of defense (and former Raytheon board member) Lloyd Austin ordered a two-month stand-down so that commanders could engage in “needed discussions” with their subordinates on the issue.

Did we mention they have a lot of subordinates? There are 3.6 million service members in the most expensive military in the world, and evaluating every single one of them for a characteristic that lacks even a universally-agreed-upon definition is certain to be both time-consuming and frustrating.

It’s also quite likely to backfire. Being spuriously accused of “domestic extremism” is the sort of thing that might turn an ‘ordinary’ soldier into an anti-government ‘extremist.’ After all, what sort of gratitude is rewarding a person who just signed up to die for their country with the ideological equivalent of a prostate exam?

The FBI, DHS and other security agencies have, at various times, declared almost every American to be some sort of anti-government extremist or other, from “conspiracy theorists” to, well, veterans, depending on that season’s trend in fear. But even the most ambitious diversity consultant can’t just lock up millions of Americans for thoughtcrime – yet.

It takes extreme conditioning indeed to abandon one’s humanity and learn to kill on command – “Thou shalt not kill” isn’t just a religious commandment. Former military personnel describing the process through which they were transformed from “normal” people into killing machines talk about a radicalization process quite unlike anything ever posted to 4chan or wherever 21st-century “radicals” are supposed to be born from. Yet anti-extremism nonprofits wring their hands when confronted with the seemingly disproportionate number of Three Percenters, Oath Keepers, Boogaloo Bois, and other militia and quasi-militia groups that have served in the military. Do they expect veterans to simply forget their entire training upon returning to civilian life?

Indeed, what’s denounced as extremism “back home” is very likely to be praised as bravery “over there.” Such doublethink makes it difficult for many returning veterans to readjust to civilian life – and the government – and it doesn’t help that Washington basically washes its hands of them once they remove their uniforms. What good is all that college money they dangle in front of young recruits’ faces if all that “life experience” leaves you a dysfunctional PTSD-stricken shell of a person, incapable of forming meaningful relationships or even sleeping through the night? Not every service member sees conflict, of course, but those who do are irrevocably changed by it.

Certainly, it’s not clear what sets the alleged “extremism” on display during last month’s demonstration at the Capitol apart from business as usual in the military. The former and current service members charged in relation to the riot are being demonized as seditious fake-patriots with no respect for Our Democracy, unlike those truly devoted bastions of tolerance willing to give 110 percent in defense of God and Country, etcetera, eagerly kicking in doors in the middle of the desert, guarding patriotic poppy fields in Afghanistan, and perhaps getting their legs blown off by an IED for their trouble.

The Pentagon, for all its exhortations to “support our troops,” categorically refuses to do the same, instead sending those troops to war after war against countries that pose no real threat to the US, yet happen to be occupying some choice real estate or sitting on top of some natural resources Uncle Sam would really like access to.

Meanwhile, they’re turning entire generations of young people into monsters – extremists – capable of killing a stranger just because someone they’ve been taught to obey at all costs orders it. A culture that fetishizes mass murder in order to steal natural resources from halfway around the world – while pretending to make the world safe for democracy, no less! – is long overdue for some changes, starting with using some of that $717 billion in Pentagon dollars on something useful.

The real question, then, is not who in the US military is a domestic extremist. It’s who isn’t.

Helen Buyniski is an American journalist and political commentator at RT.