Continuing Instability in the Darfur Conflicts

12 Mar 2021 – Despite the removal after 30 years of power of the Sudanese military dictator Omar Al-Bashir and his subsequent arrest, stability has not returned to Darfur where fighting began in 2003. Although the Darfur conflict has faded from the headlines, it continues producing many refugees, internally-displaced persons, unused farmland, and political unrest.  The joint African Union-United Nations force (MINAUD) has not been able to produce peace.  Peacekeeping forces need a peace to keep, and during the past 13 years there have been lulls in fighting, but no peace to keep. 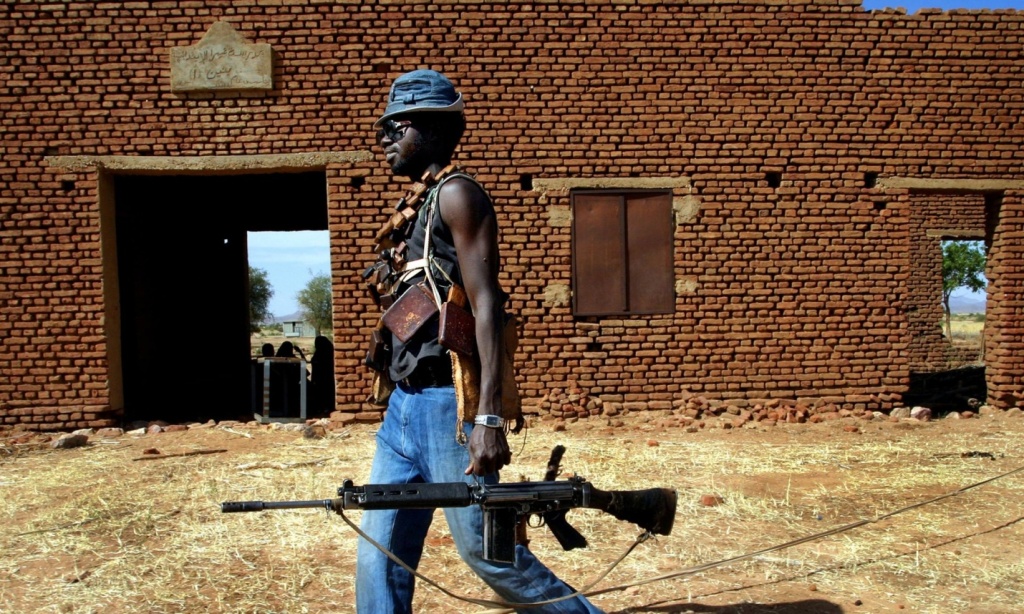 The Darfur conflict of western Sudan is a textbook example of how programmed escalation of violence can get out of control. Neither the insurgencies nor the government-backed forces have been able to carry out good faith negotiations or deal with the fundamental issue of how to get cattle farmers and settled agriculturalists to live together in a relatively cooperative way.

Darfur (the home of the Fur) was always marginal to the politics of modern Sudan and to the two phases of the North-South civil war which took place from 1954-1972 and from 1982-2005, ultimately leading to the creation of a separate State, South Sudan.  Darfur, about the size of France, had been an independent Sultanate loosely related to the Ottoman Empire.  It was on a major trade route from West Africa to Egypt and so populations from what is now northern Nigeria, Niger, Mali and Chad joined the older ethnic groups of the area: the Fur, Masalit, the Zaghawa, and the Birgit.  Nomads from Libya also moved south into Darfur.  As the population density was low, a style of life with mutual interaction between pastoral herdsmen and settled agriculturalists with some livestock developed. Increasingly, however, there was ever-greater competition for water and forage made scarce by environmental degradation and the spread of the desert.

France and England left Darfur as a buffer zone between the French colonial holdings — what is now Chad — and the Anglo-Egyptian controlled Sudan.  French-English rivalry in West Africa had nearly led earlier to a war, and so a desert buffer was of more use than its low agricultural and livestock production would provide to either European colonial power.  It was only in 1916 during the First World War when French-English colonial rivalry paled in front of the common German enemy that the English annexed Darfur to the Sudan without asking anyone in Darfur or Sudan if such a ‘marriage’ was desirable.

Thus Darfur continued its existence as an environmentally fragile area of Sudan.  It was marginal in economics but was largely self-sufficient.  Once Sudan was granted its independence in 1956, Darfur became politically as well as economically marginal.  Darfur’s people have received less education, less healthcare, less development assistance, and fewer government posts than any other region.  Southerners were given government and administrative posts in the hope of diminishing the violent North-South divide.  There was no such incentive to ‘share the wealth’ with Darfur.  Its political weight was even lessened when Darfur in a 1995 ‘administrative reform’ was divided into three provinces: Northern Darfur, Western Darfur, and Southern Darfur.  Some areas that were historically part of Darfur were added to Northern and Western Bahr El-Ghazal.  The division of Darfur did not lead to better local government or to additional services from the central government.  It must be added that Darfur’s political leadership had a special skill in supporting national political leaders just as the national leaders were about to lose power — first Al Sadig al Mahdi and then Hassan al-Turabi.

In 2000, Darfur’s political leadership had met to draw up a Black Book which detailed the region’s systematic under-representation in national government since independence. The Black Book marked the start of a rapprochement between the Islamist and the more secular radicals of Darfur which took form three years later with the rise of the more secular Sudan Liberation Army (SLA) and the Islamist-leaning Justice and Equality Movement (JEM). However, at the level of the central government, the Black Book led to no steps to increase the political and economic position of Darfur.  This lack of reaction convinced some in Darfur that only violent action would bring recognition and compromise as the North-South civil war had done.

The two Darfur groups, SLA and JEM, started to structure themselves, gather weapons and men. The idea was to strike in a spectacular way which would lead the government to take notice and to start power and wealth-sharing negotiations.  Not having read the “Little Red Book” of Mao, they did not envisage a long drawn out conflict of the countryside against the towns of Darfur.

By February 2003, the two groups were prepared to act, and in one night attacked and destroyed many of Sudan’s military planes based at El Fasher.  The Sudan military lost in one night more planes than it had in 20 years of war against the South.

However, the central government’s ‘security elite’ — battle hardened from its fight against the South starting in 1982, and knowing that the regular army was over-extended and tired of fighting— decided to use against the Darfur insurgents techniques which had been used with some success against the South: to arm and to give free reign to militias and other irregular forces.  Thus the government armed and directed existing armed groups in Darfur — popular defense forces and existing tribal militias.  The government also started putting together a fluid and shadowy group, now called the Janjaweed (“the evildoers on horseback”).  To the extent that the makeup of the Janjaweed is known, it seems to be a collection of bandits, of Chadians who had used Darfur as a safe haven for the long-lasting insurgencies in Chad, some from Libya’s Islamic Forces which had once been under the control of the Libyan government but left wandering when Libyan policy changed.

The Sudanese central government gave these groups guns, uniforms, equipment and indications where to attack but no regular pay. Thus these militias had to pay themselves by looting homes, crops, livestock, by taking slaves and raping women and girls.  Village after village was destroyed on the pretext that some in the village supported either the SLA or the JEM; crops were burned, water wells filled with sand.  As many people as possible fled to Chad or to areas thought safer within Darfur.

Darfur represents a classic case of how violence gets out of control and goes beyond the aims for which it was first used.   There have been splits within both the SLA and the JEM, mostly on tribal lines, making negotiations all the more difficult.  Darfur is also a classic example that U.N. military forces do not create stable civil societies. There is yet much to be done, and there are very few positive signs of necessary action.

Anticopyright: Editorials and articles originated on TMS may be freely reprinted, disseminated, translated and used as background material, provided an acknowledgement and link to the source, TMS: Continuing Instability in the Darfur Conflicts, is included. Thank you.