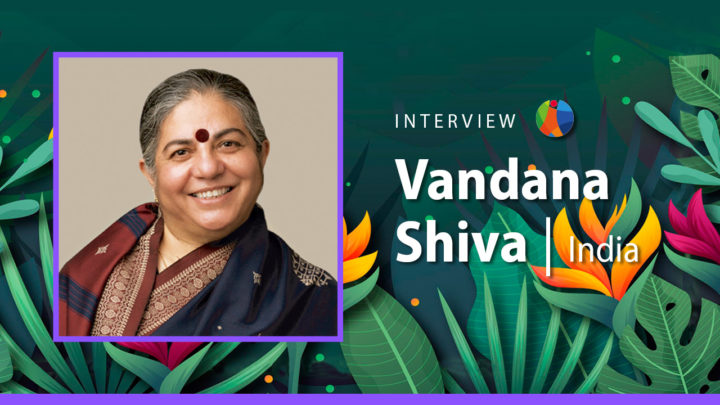 8 Mar 2021 – We open the series “Women who Build the Future: Towards a Nonviolent Culture“, with Vandana Shiva‘s interview.

This is the first of a number of interviews with women from all continents who are committed to life. A project that has led us to a collective process that is allowing us to grow as individuals and as a whole.

The renowned physicist, thinker and activist Vandana Shiva proposes ecofeminism as a response to the current moment, in which the capitalist patriarchy is leading us to destruction and death, after having colonized nature, women and the future.

Dr. Shiva proposes to take advantage of the ten-year window we still have to decolonize ourselves and change the direction we are taking, relying on feminist movements and young environmental defenders, thus saving the planet and, therefore, humanity and life.

Don’t miss the strength of her expression and listen to the words of a woman who is convinced and convincing about the fight for the future and life. Enjoy it!

Anticopyright: Editorials and articles originated on TMS may be freely reprinted, disseminated, translated and used as background material, provided an acknowledgement and link to the source, TMS: Women Who Build the Future: Vandana Shiva, is included. Thank you.

3 Responses to “Women Who Build the Future: Vandana Shiva”