24 Mar 2021 – The word to describe the unfolding events in Myanmar. is Revolution, yes, with the big “R”.   Two months none of us who consider ourselves seasoned students of its politics foresaw this radical turn of history.  Talks of the coup filled the air, yes.  But the society’s response?   That IS an entirely different order of things.

There is also a line – and a level of tolerance.  That line, that level, certainly differs depending on individuals and cultures.   But when the oppressed reach a point where they feel the level of inhumanity that their rulers in green uniform have subjected them to for decades drops so low they chose to die fighting, resisting and pushing back in every way humanly possible. 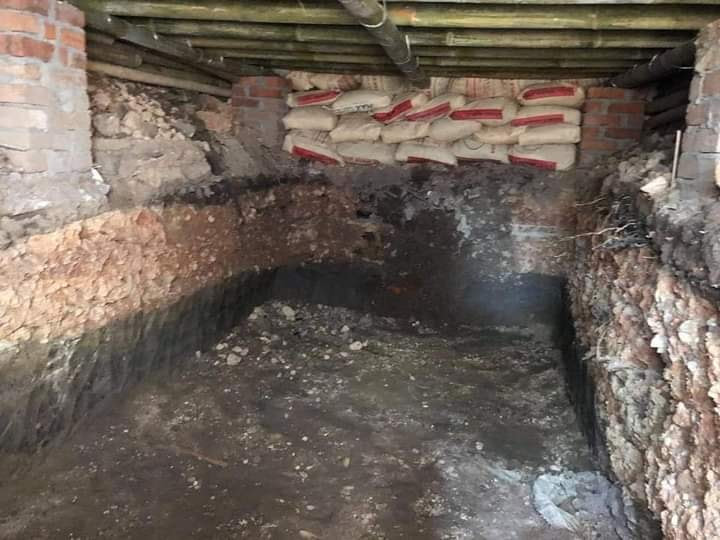 The first bomb shelter at a home near the capital Naypyidaw.

Alas, paradoxically, the Revolution in Myanmar – being made – is a very normal and natural response to a very abnormal system of rulership and a very abnormal behavior and policies of the generals in power.

Mark word.  Aung San Suu Kyi’s political template of peaceful negotiation and gentle nudging, reconciliation without justice, the racist Bama-centric statist is a thing of the past.     And her father’s army is DEAD beyond resurrection – and certainly this has an ominous ring to it.

But the painful truth is there is absolutely NO HAPPY ENDING for Myanmar story that began with the independence of Burma in Jan 1948.

Some significant items of interest including my Southeast Asia-wide network’s statement in support of the Committee Representing Pyidaungsu Hluttaw (or Union Parliament).   Exile governments including the one going back to the early 1970s led by none other than a world leader the late PM U Nu and another one led by Aung San Suu Kyi’s cousin German-trained math scholar Dr Sein Win – came and went.   None enjoyed the kind of popular support, at home or abroad.

Nu’s exile government fizzled out as Nu was never a revolutionary leader, and had wacky ideas of himself being a Buddisaddava, rather than a revolutionary who was prepared to do everything and anything for the revolutionary mission he claimed to be on.   A confused mind.

With respect to the exiled government led by Suu Kyi’s cousin, the leaders of the group never grew themselves beyond Suu Kyi loyalists, with no imagination or intellect or revolutionary fire. 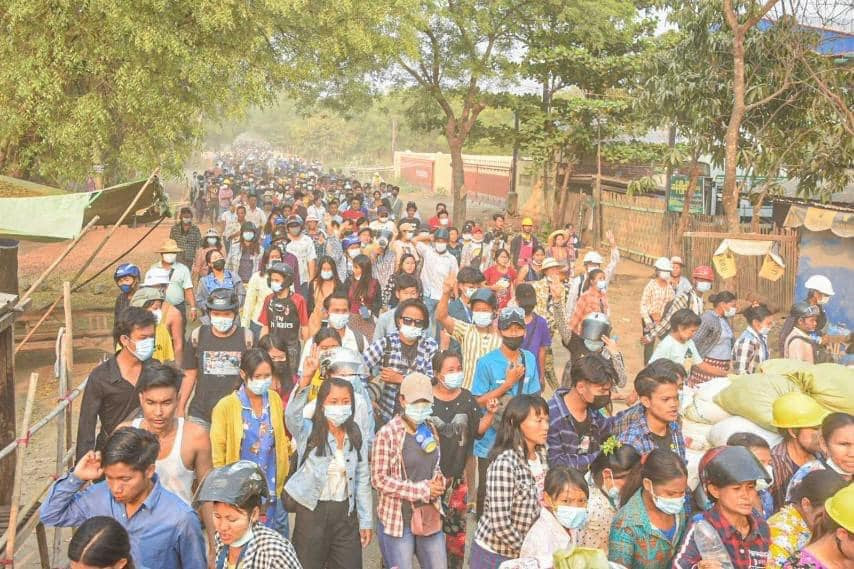 Today’s massive demonstration joined by many women at a town called Monywa in the Dry Zone heartland of Burma, today.

In sharp contrast, the CRPH has decidedly and irreversibly moved away from Aung San Suu Kyi and her NLD party’s platform.   My view is Aung San Suu Kyi’s political leadership is finished for the simple reason:  the society has made a clean and clear break with NLD’s failed policies, despite her continuing popularly as a leader.    But her own policies have been jettisoned even by the CRPH, starting with its promise for justice for Rohingyas.  That’s just for starters.

The talk of the armed revolution is not only acceptable but it is being mainstreamed inside Myanmar and globally.  No Myanmar is waiting for freedom to be delivered on a platter by the Americans or through the so-called Responsibility to Protect (R2P) doctrine, an utter and complete waste of $$, time and talks.

States do not go to war to save humans – only for oil, trade dispute, settling ethnic scores, boundary disputes.   We have learned our bitter lessons.  We have no interest in Peace Industry, or INGO business or research this or research that crowd.

The beauty amidst all these ugly scenarios of Burma is at least the People woke up – that the Wretched of the Earth must band together for their own liberation.   No free lunches in international politics.   No Messiahs on the horizon. 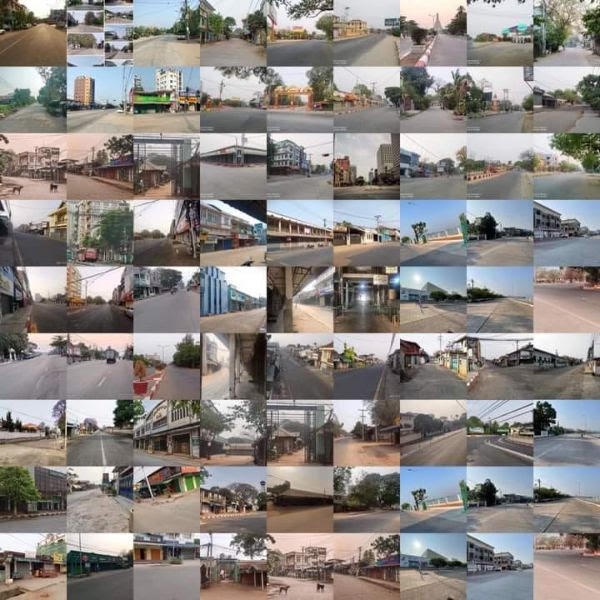 Silence Strike, throughout the rest of Myanmar the society shut itself down.

So for those who want to fight – even at the risk to their lives and their families – more power to you, brothers and sisters.   They in Myanmar live in fear, day and night.   At least, it is better to die fighting, and to bring down as many killers as possible.

I dream vividly of slitting the throat of a general last night.   I did NOT even feel angry or anxious, waking up to that dream.   One friend in the country told me on the phone he and his family have not had a good night sleep.  That sleeplessness is common across all classes and groups.   But they are no longer allowing their fear for their lives, fear of civil war, or fear of the Mighty Tatmadaw.

When a people reach a point they would rather die fighting back than live as meek and mild subdued population that is a Revolutionary Moment.

Anticopyright: Editorials and articles originated on TMS may be freely reprinted, disseminated, translated and used as background material, provided an acknowledgement and link to the source, TMS: Analysis–Burma/Myanmar Today, is included. Thank you.