As most Indians know, Hindi film songs are popular all over the country and in several foreign lands. There are regions in India where Hindi is hardly spoken or understood but the Hindi songs are appreciated for their lilting music and photography. In Iran (Persia) Hindi films were fairly popular even without subtitles, because many Persian words are common in Hindi. Similarly, a film called Awaara became popular in several countries including Russia for the beautiful  and musical songs, apart from its story line. Sri Lanka is another  country where Hindi films are popular despite the difference in languages.

On pattern with Hollywood, Hindi films are often described as Bollywood films. There are many similarities between the two forms of motion pictures — romance, adventure, background music, etc., but in one sphere they totally differ from each other. This aspect is absence of songs in western films but their preponderance in Hindi films. In fact there was one film that was produced about half a century back that publicised itself as having no film songs. This did not affect the film’s viewership because even without songs, there were many dramatic scenes that held the audience’s attention.

About a century back Hindi films were silent — there was no sound. Raja Harishchandra was a popular silent film released in 1913. It was made by a legendary film maker named Dada Saheb Phalke. Then in 1931, sound appeared in films and people started calling them Talkies. Songs also added attraction to these films. Colour appeared in films a few decades later making the films more colourful.

Songs were essential ingredient of Hindi films, and various actors — both male and female, were shown singing soulful songs. The question was — did they themselves sing or there were playback singers singing behind the screen? Hardly an actor or two could themselves sing. Their voice was that of playback singers who became very famous — almost on par with the screen actors. One female singer — Lata Mangeshkar has probably sung more than ten thousand songs in several Indian languages and she is still in demand at the ripe age of 91. 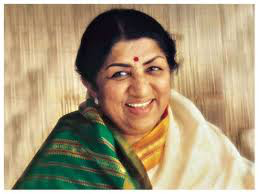 Another famous singer was Suraiya, who was also a dramatic actress and acted beautifully in several films. She was born in a region that today is in Pakistan; she however died in 2004 and is buried in Bombay. One film that she acted and sang her own songs was Mirza Ghalib, named after an Urdu poet of old Delhi. He was born in Agra in 1797 and died in Delhi in 1869. His home still exists and is a tourist centre of Delhi.

Lata’s younger sister Asha has also sung many play back songs but not as many as Lata. In fact, Lata has sung not only film songs but also has given her voice to a few patriotic songs at the behest of the Indian government. One famous song which she has rendered several times is:

Many songs in Hindi films are quite meaningful and convey the love between the actor and his beloved very romantically. The interesting part of these songs is that they are replete with Persian words which are often the vehicle of conveying romance shown in the films. It is no wonder that Iranian (Persian) people did not have difficulty in appreciating the so called Hindi films. There are scores of Persian words that are even today used in the Hindi language.

One aspect that the films rightfully portrayed was how people were dressed in the upper echelons of society. Since the films were made in Bombay, which was deeply affected by the culture and dress of the British rulers, one saw men wearing coat and tie or a bow almost all the time they were in public view. Men were also shown to be smoking cigarettes frequently especially when they seemed to be pondering about something. The lesson conveyed was that smoking helps one to think and ponder.

Since rich men were shown dressed in coat and tie, some poor men in the film were also shown copying the dress code although their coat was torn or dirty. Fortunately, women were usually not dressed in western attire but in beautiful Indian saris — don’t understand why not in western attire.

Another aspect which looks funny today was the display of western dance with men and women dancing western style dances, although the songs and music were Indian. One more incredible aspect of these songs was the prevalence of large pianos which the actors appeared to play easily while singing amorous songs.

Apart from the dress that men wore or the piano that was almost essential in many songs, there were beautiful scenes of oceans or rivers and the moon shining beautifully behind the dark clouds. The films also often showed rural scenes with some actors dancing rural type of dances. Some scenes showed females sitting on a bullock cart and proceeding towards their husbands’ homes, etc.

Another interesting feature of several films was the number of actors, directors, musicians and other personnel who migrated to Bombay from the famous town of Lahore. This town, which was well known for its educational and trade facilities, was also famous for the number of actors and playback singers who thrived in the city. But when India became free of the British yoke, it was divided into a Muslim dominated Pakistan (both East and West), and the remaining secular India. Many actors, singers, directors and others related to films moved from Lahore (now in Pakistan), almost en mass, to the distant Bombay and became a robust part of the Hindi film industry. One famous male actor was Dilip Kumar, who was born in today’s Pakistan and is alive today in Bombay at the ripe age of 98 years.

Apart from Dilip Kumar who was a Muslim but became famous by his acting and his Hindu name, there were a few female actresses like Meena Kumari  and Madhubala who were both Muslim and became well known  by their Hindu names. Some Muslim actresses carried their Muslim names — Nargis, Waheeda Rehman, and Suraiya–indicated earlier. However, the latter actresses dressed and often acted as Hindus in films.

The portal YouTube is a fantastic one for storing and displaying film songs from innumerable number of Hindi films. If one feels sad or dejected, just go to this portal and enjoy yourself and become cheerful.

Now I relate a personal situation I can still recall after almost half a century. My father knew a famous director of films since they had studied together in Lahore. The director once came to Delhi. He also wanted to meet my father so my father and I went to meet the great man staying in an expensive hotel of Delhi. After the usual preliminaries, he looked at me and jokingly asked if I wanted to join the Bombay film industry. My father replied in a jocular manner, ‘Sure. Let him first finish his schooling and then he will join you, but only as a lead actor!’

I only wonder what would have happened if I had accepted the offer to join the film industry. Well, well, one can continue dreaming. But then I would not be writing this essay for the TMS Digest.

Anticopyright: Editorials and articles originated on TMS may be freely reprinted, disseminated, translated and used as background material, provided an acknowledgement and link to the source, TMS: Hindi Film Songs: Beautiful, Romantic, Nostalgic, is included. Thank you.