Hesitating to take stand against Rohingya genocide is costing $1B to National Unity Government and blocks its global recognition. 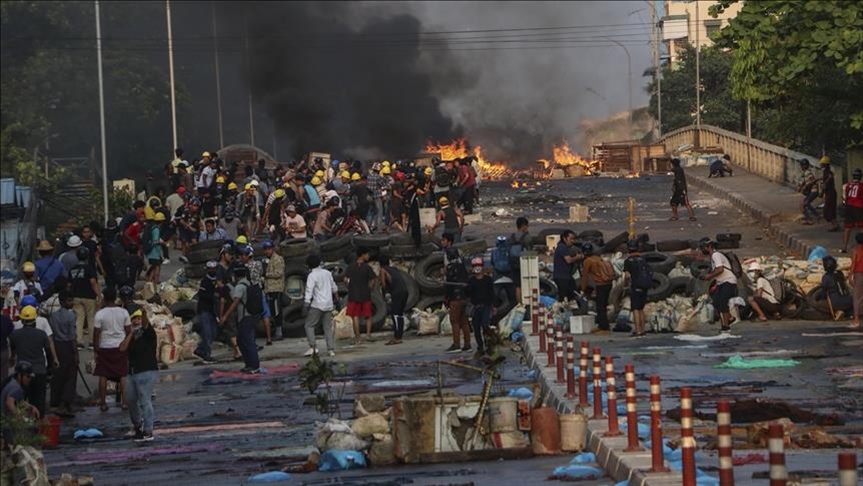 8 May 2021 – It was excruciatingly painful for me to watch the four-minute question and answer between US Congressman Brad Sherman and Kyaw Moe Tun, Myanmar’s pro-democracy permanent representative to the UN during the virtual hearing, entitled the Unfolding Crisis in Burma hosted by US House of Representatives Committee on Foreign Affairs on May 4.

Excruciating because I as a Myanmar activist in exile so wanted the National Unity Government (NUG) – for which the Myanmar envoy was speaking in the hearing – to gain political recognition as the true representative of the people of Myanmar from one of the world’s most influential legislatures, and yet the NUG representative failed spectacularly to make the case on behalf of the 54 million people.

Specifically, Congressman Ben Sherman, a member of the host sub-committee – and his colleagues – wanted assurances that the NUG has a clearly defined policy of inclusion about Rohingya’s right to nationality and the restoration of equal and full citizenship. Rohingya were Myanmar people residing in Arakan or Rakhine state whose citizenship was stripped off in different phases, both legally and violently, by successive Myanmar governments since the late 1970s.

Instead of addressing the congressional concerns satisfactorily, the Burmese career-diplomat fumbled. He repeated the same tired national mantra of verifying Rohingyas for citizenship eligibility in accord with the 1982 Citizenship Act, a legal instrument designed by the military dictatorship of General Ne Win to specifically exclude and dis-entitle Rohingyas from full and equal citizenship.

The result was catastrophic. Congressman Sherman took to Twitter and wrote: “See my questioning of Burma/Myanmar dissent @UN Amb. Kyaw Moe Tun. He speaks eloquently against the coup, but like many democracy advocates from Burma gives disappointing answers regarding #Rohingyas.”

Sherman’s colleague on the sub-committee Congressman Ted Lieu (Democrat from California with a large social media following) chimed in with his disapproval of the NUG’s non-committal approach to the genocide survivors.

“UN found the prior government in Myanmar engaged in the ethnic cleansing of the Rohingya with the genocidal intent. An estimated over 25,000 dead and 18,000 women and girls were raped. The new National Unity Government does not include any Rohingya. We cannot support it until that is changed,” he wrote on Twitter.

This is an enormously costly failure which many Burmese at home and in the diaspora watched live. Politically and financially, it has in effect cost the country’s textbook revolutionary movement aimed at ending not just reversing the coup of Feb. 1, but 60-years of the military’s stranglehold on politics, society, and economy.

Besides the congressional committee’s refusal to recognize the NUG as the true representative of Myanmar, the NUG ambassador’s blunder made it impossible to hope for the release of $1 billion Myanmar government funds which US President Joe Biden froze with an executive order in the US banking. The presidential move was aimed at depriving the military regime access to funds that have slaughtered over 750 unarmed citizens, detained over 4,000 activists, jailed four-dozen journalists, and forcibly abducted an unknown number of people. This is the $1 billion that could be released to the NUG to address the financial needs of the anti-coup and pro-democracy movement.

For the last three months since the civil disobedience movement was initiated by doctors and nurses in government hospitals, hundreds of thousands of state employees across various ministries – such as transport, telecommunications, public health, finance, education, and so on have forgone their salaries, chose to be evicted from government housing and embraced economic hardship. They are in dire need of material support.

In addition, there is a massive need for humanitarian assistance as the country has seen a sharp increase in the number of refugees from Karen, Shan, Chin, Mon, Kachin, Taang, and other minority communities who are feeling – as I write – daily and nightly airstrikes and heavy artillery fire by Myanmar coup regime. The low-intensity civil war since the coup took place on Feb. 1 has morphed into an all-out conflict between the Burmese military and the multi-ethnic society at large, including those in the formerly cease-fire zones of Western, Northern, and Eastern Myanmar.

Also, the release of $1 billion Myanmar government funds and the political recognition by the US could very significantly enable the NUG to properly support the open-aim of building and forming a people’s defense force. Judging from the social media sites and public discussions Myanmar’s public opinion is overwhelmingly for defeating and dismantling the Tatmadaw, or the national armed forces as it has been terrorizing the entire civilian population, with blanket impunity.

Consequently, the Committee Representing Pyi Htaungsu (Parliament) or CRPH has openly invoked the (universal) right to self-defense while the NUG has announced the formation of an organized self-defense force called People’s Defence Force – May 5 as the alternative to “the terrorist military,” as Ambassador Kyaw Moe Tun put it.

To his credit, Ambassador Kyaw Moe Tun made historic contributions to the cause of Myanmar’s democratic struggle against the terrorist military which he rightly characterized as “the existential threat” to the country and her people, when he gave a principled and defiant virtual address to the UN General Assembly on Feb. 26.

But the legacy of the Myanmar genocide cannot be shoved under the rug for the sake of majoritarian democratic struggle.

He and the NUG as the interim government with widespread popular mandate needs to come to terms with the fact that the National League for Democracy government led by Aung San Suu Kyi, now in detention for three months, along with her puppet President Win Myint, was verifiably complicit in the country’s genocide.

Therefore, the NUG and the Committee Representing Myanmar parliament (CRPH) – all in exile or Myanmar regions under the control of ethnic armed organizations – need to make a clean and radical break from the NLD leadership’s dishonorable – and some would say, criminal past, as far as the international law. They need to do so fast as “time is of the essence”.

Painfully, the old guards in the NLD who co-founded and led the NLD since its founding in 1989 have proven themselves to be anti-Rohingya racists. As to be expected, virtually every important NLD leader, from Suu Kyi and Vice-Chairperson Tin Oo to successive NLD spokespersons and lawyers, contributed to the poisoning of Burmese public mind with their public and official exclusionary sentiments and views regarding Rohingyas as an integral ethnic community of the Union of Burma or Myanmar.

Equally important, the iconic 8.8.88 generation leaders of the student uprisings who now drum up popular support for the National Unity Government, for instance, Min Ko Naing, were involved in identity-destruction of the Rohingya as a group.

According to his two-volume autobiography, NLD Vice-Chairperson Tin Oo, a retired general led the earliest wave of deportation – though small in number – of the undocumented Bengali (then East Pakistanis) and Rohingya across the borders into East Pakistan in the late 1950s. NLD leader was then a Lt-Colonel with the rank of the regional commander of All Rakhine Troops based in Sittwe.

After the first well-reported bouts of organized violence against Rohingyas broke out in June and October 2012, the NLD vice-chair went on to publicly deny the ethnic identity of Rohingyas on a Burmese language service of the Radio Free Asia, an official broadcaster for the US government.

On her part, Suu Kyi officially asked the UN and other external actors active in Myanmar affairs not to use the term Rohingyas because it was “an emotive term” – (as opposed to a real and objective ethnicity!)

Genocides are identity-based group destructions – including mass killings and mass deportation and displacement. NLD leadership – and its denialist stance that Myanmar military was not committing genocide – from the brazen denial of Rohingya identity and the group’s basic right to self-identify to the final systematic destruction of Rohingya community’s physical existence, sustained through chronic waves of terror and violence.

In what my scholar colleague Natalie Brinham and I call “the slow-burning genocide”, Myanmar military has long used the state’s judiciary, mass media, education, immigration, and religious affairs ministries, as well as the national legislature, both the rubber-stamp parliament of the old dictatorship and the semi-democratic legislature since 2010.

When the NLD assumed state power in 2015, its leadership took the reins of both the executive branch – save the three-security-related ministries – and all state and national legislatures. In power, the NLD leaders used the commanding heights to deny Myanmar’s long-standing exclusionary policies with the genocidal intent with regards to Rohingyas as a group and defend the military’s vicious campaign of terror in 2016 and 2017.

At the International Court of Justice in December 2019, both Suu Kyi as foreign minister and state counselor, and Kyaw Tint Swe, minister in charge of state counselor’s office acted as agents in the historic Gambia vs Myanmar genocide case.

Not only did Agent Aung San Suu Kyi officially deny the well-documented allegations of the genocidal purge of Rohingyas in 2016 and 2017, including mass rape and slaughter, she also mis-framed the premeditated destruction of the unarmed Rohingya civilian population in nearly 400-villages as simply a case of a sovereign state, defending itself from “terrorist attacks” by Rohingya militants.

Ambassador Kyaw Moe Tun was himself very much involved in the NLD government’s genocide denial. In September 2018, he was the highest-ranking Myanmar representative to the Human Rights Council who questioned and dismissed the damning findings of the UN International Independent Fact-Finding Mission, which became the main evidentiary base for Gambia’s genocide case at the ICJ.

The presence of the old NLD executives in the new National Unity Government whose active complicity in the genocide – for instance, Dr. Win Myat Aye – is an insult to the injury of Rohingya victims. It is also a direct affront to many Burmese who have woken up to the fact that they have been brainwashed and lied about the genocidal persecution of one of Myanmar’s integral ethnic communities.

NUG and CRPH are providing Myanmar’s Spring Revolution the much-needed political and policy leadership, and have taken many bold and principled steps, for instance, the abolition of the military’s anti-democratic Constitution of 2008.

The two decisive steps towards rectifying the past genocidal wrongs would be to first, remove the old NLD executives whose complicity is indefensible and inexcusable and second, scrap the 1982 Citizenship Act – created as the legal instrument of genocidal exclusion which targeted Rohingyas population albeit in a coded way.

It would be a great tragedy for the NUG – and more importantly, Myanmar’s unfolding revolution – if NUG allows NLD leadership’s past genocide complicity to become the revolution’s Achilles’ heel. As a revolutionary front, NUG must make bold and principled decisions. 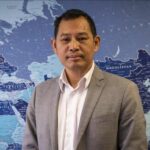