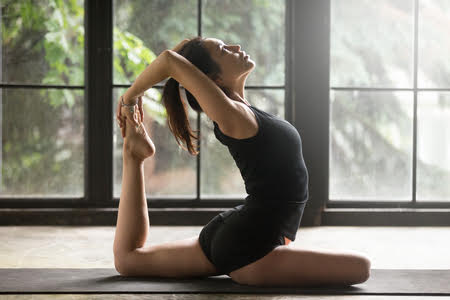 Yoga, an ancient practice of India is today recognised in many parts of the world for its physical, social, spiritual benefits. It also leads to meditation and understanding the harmony of oneself with the outer world. One meaning of the word yoga is coming or sharing together and uniting. However, its principal aspect today is doing some physical exercises that are generally termed as asanas that lead to health, harmony and peace.

One simple asana is pranayama or breathing deeply and intently for some minutes while sitting cross legged. Pran in Hindi or Sanskrit languages simply means life and this asana is carried out to keep one’s lungs and heart   in good shape. One method of this asana is to close one nostril with the fingers and breathe in and exhale from the other nostril and then repeat it with the second nostril. This largely cleans one’s nose and lungs.

Although yoga may be done individually in one’s home, it is generally done as a group exercise thereby adding a social aspect, apart from the physical benefit under the guidance of a yoga guru. This also helps in learning some intricate asanas that are beneficial for different parts of the body. Yoga asanas are performed sitting on the ground, standing or bending forwards or backwards.

An interesting and amusing asana is laughter yoga where a few persons laugh together loudly, boisterously for a long time. To an onlooker, this practice may appear silly or artificial, but the people who laugh in this manner say that it has therapeutic benefits with the blood circulating easily throughout one’s body. 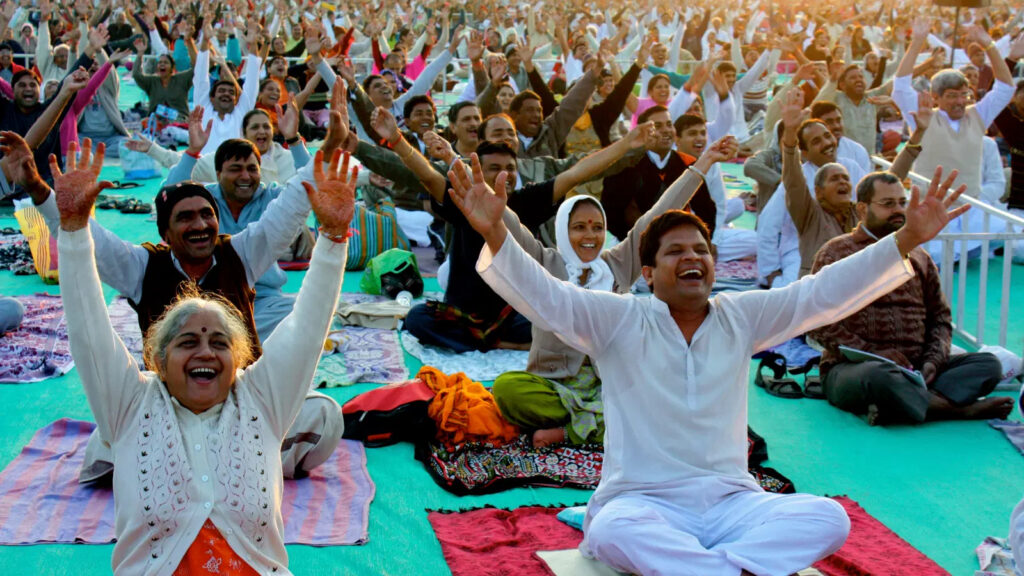 Generally, there is a fixed regimen of the various asanas in a yoga class. But if one is doing yoga individually, one may stress some exercises and omit others. One may also do some in a manner that one likes personally and which may benefit some body parts more than others.

For example, while lying down we do move our legs and feet — but we may like to move our toes for additional benefit. Another amusing feature, while standing is to stamp one’s feet on the floor, thus giving some exercise to the soles of the feet in addition to one’s soul.

Seeing the several benefits of yoga, the Indian Prime Minister Mr N Modi, had made a fervent appeal to the UN in September 2014 to give international recognition to yoga. On the basis of this appeal, the UN General Assembly declared 21 June as the International Yoga Day and today yoga has become popular in many parts of the world. Of course, some countries do not accept it for whatever reason and partly due to its religious overtones. One should not force yoga on any person or community. Fine, if they accept its benefits and willingly accept to practice it.

A friend of mine about twenty years ago used to go to a local prison and teach simple asanas to the prison inmates. This was permitted by the jail authorities. After about half an hour of asanas he would answer any doubts the prisoners might have. They felt happy and relieved that they were being treated with dignity even behind the prison gates.

On a personal note, I used to regularly do yoga in the Gandhi Bhawan of Delhi University. Unfortunately, because of the COVID pandemic, the Gandhi Bhawan has been closed for several months. However, I do practice it personally at home and partake its health and spiritual benefits. Some institutions are following an online mode for the benefit of practitioners.

I would fervently urge people to practice yoga and remain healthy and be at peace in today’s complex world.

Anticopyright: Editorials and articles originated on TMS may be freely reprinted, disseminated, translated and used as background material, provided an acknowledgement and link to the source, TMS: International Yoga Day (21 June), is included. Thank you.