With the Israeli government in permanent coma, the Palestinian house split against itself, the US and Israel sharing the bad karma of being built on stolen land, pushing the inhabitants into bantustans or worse, the Washington voice has been absent, silent on peacebuilding and supporting the Zionists in detriment of the Palestinians.

But peacebuilding is not sufficient; we need also peacemaking–a political solution–and peacekeeping.  And here the EU enters: not only as a mediator, but as model, brilliantly accommodating a Germany that had made itself very difficult to digest by surrounding countries. Yesterday.  Like Israel. Today.

Starting with the beginning, the only place to start, with a constructive approach to the future, the thesis is that a sustainable solution to Israel-Palestine has three levels:

– A 2-states Israel-Palestine accord within international law

– A 6-states Middle East Community of Israel with border countries

– An Organization for Security and Cooperation in West Asia

The approach is holistic, not based on “peace by pieces” to solve one problem at the time, with one-at-the-time peace accords with countries bordering on Israel, like government-to-government accords with Egypt and Jordan, propped up by outside incentives.  Thus, an Israel-Palestine 2-state solution is seen only as a part of peaceful relations with all 5 border countries.  The road to secure borders is seen as passing through peaceful relations with them all, and with other countries in the region.

The approach is multi-level, with 2-states Israel-Palestine encased in a 6-states Middle East Community, MEC, encased in an Organization for Security and Cooperation in West Asia, OSCWA; all the way to, but not with, the 3 Big: Russia, India and China.

The proposal does not confuse solution with settlement, a signed, ratifiable document.  Necessary, but not sufficient.

Let us start with the sufficiency part, that this in fact would lead to peace, and bring in the necessity later.

Some of the argument is by definition.  A Community, using the Treaty of Rome of 1 January 1958 as an obvious model, is a joint project for economic (joint ventures), cultural (joint peace education and ecumenical work), military (joint patrolling) and political (joint steering by something like the EU Council of Ministers and Commission) cooperation.  There are open borders for persons, ideas, goods and services, and a rolling agenda for conflict transformation as they appear.  Settlement and investment may come later.  A community is a joint project for peace.

Thus, Israel’s 3 major publicly stated goals, a state with a Jewish character, secure borders, and the right of return, would be met, the latter within limits.  So would Palestine’s three major publicly stated goals: a state, with capital in East Jerusalem, and the right of return, within limits.  Palestine would get its state according to international law (UN resolution 194, UNSC 242 and 338), the PNC November 1988 resolution endorsing a 2-state solution; and Israel would be recognized by all Arab States as in the Saudi Arabia 2002 statement, endorsed by the Arab League.

But the proposal adds to this a Middle East Community along    EC lines, and a West Asian organization for security and cooperation along OSCE lines, out of sheer necessity.  A 2-state solution, like peace between Germany and Luxembourg will not accomplish this.

The blatant asymmetry in Israel’s favor will be the cause of endless manipulation, exploitation, tension.  Even worse, “peace” with Palestine will make problems with Lebanon and Syria, Jordan and Egypt, loom even higher.  Five manipulated “peaces”, even with amenable governments, do not add up to one genuine peace.

Israel itself has much more to gain from a genuine peace that spells e-q-u-i-t-y.  Co-existence is exactly that: side by side, and not good enough. Conviviality means some kind of “we”, for countries known as a “community”.  But that will only be sustainable at a high level of equity, meaning that benefit is not only mutual, but equal.  And Zionist projects like Genesis 15:18 have to be abandoned.

The EC also had a two states Coal and Steel Community as a first step toward successful integration of Germany, but the two states were balanced. Peace also needs balance, not military to deter, which leads to arms races, but economic-cultural-political balance for equity to produce positive peace.  MEC opens for that.

The proposal then adds to a Middle East Community an OSCWA corresponding to the OSCE, like the EC a success as world politics goes.  Why not build on successes?  The 6 would be in it, so would Turkey, the GCC countries, Iraq, Iran, Afghanistan, Pakistan and the Central Asian republics.  The big Western powers, the USA, UK and France (and Germany), like the other UNSC powers, Russia and China (and India) could be invited as observers with speaking, not voting, rights.  Let the West Asia/Middle East/Eastern Mediterranean (with all of Cyprus) be exactly that.  A regional umbrella organization is indispensable, linking Israel-Palestine to the Kurdish issue, to Iraq after US withdrawal, and to a nuclear weapons free zone.

Learn from Nepal the power of concrete, constructive, creative proposals.  Spend 50% on compelling images of peace, 30% on the process and 20% critiquing the past.  Not the other way round. 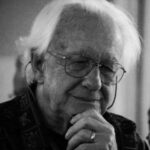 Anticopyright: Editorials and articles originated on TMS may be freely reprinted, disseminated, translated and used as background material, provided an acknowledgement and link to the source, TMS: Israel-Palestine: What Peace Looks Like, is included. Thank you.