30 Aug 2021 – India is a land of diversities — social, geographical and above all of religious faiths. Not only Hinduism but also Islam, Christianity, Buddhism, and several smaller faiths such as Arya Samaj coexist in this diverse land of India.

Among Hinduism, several Gods and Goddesses such as Shiva, Vishnu, Ganesh, Durga, Lakshmi, Saraswati, and above all Krishna are loved and revered. But the eternal Brahman is also believed by Hindus to be the provider of existence and truth. In a way, the different deities find their sustenance from Brahman.

Krishna is considered as an incarnation of Lord Vishnu and his features or aspects are countless and endearing. As a child he was lovingly called Makhan Chor (stealer of butter). Household women would be alerted to prevent the child from stealthily drinking milk and butter from their homes. 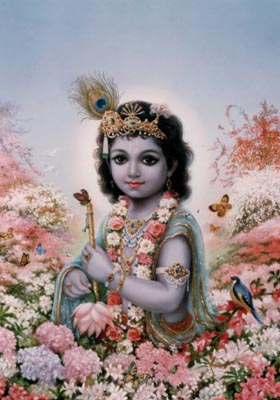 His birth that occurred in a prison has, in itself, an interesting storyline. His mother Devika was locked up by her ambitious and wicked  brother Kans who killed Devika’s six newborns one by one. But when Krishna, who is also endearingly known as Gopal, was born, he was cautiously taken away from the prison by his father Vasudev, to  a place called Gokul and was raised by the loving lady Yashoda who considered Gopal as her own child.

Growing up to become a handsome young man with innumerable qualities — he would play the flute to attract the beautiful lady Radha and village belles. As a virtuous and noble person, Krishna could be successfully beckoned by the lady Dropadi (of the Pandavas clan) who was being disrobed by a villain of the Kauravas clan in the Hindu epic Mahabharata. Krishna successfully came to Dropadi’s rescue.

Many devotees have sung bhajans (religious songs) in favour of Krishna. One well known woman was Meerabai in the 16th century, who sang beautiful bhajans that are common even today. She was a married woman and was criticised by her husband and others for overlooking her domestic duties.

Krishna is also a wise and mature person who could explain the meaning of life and sorrows that afflict mankind. This quality is highlighted in his conversation with Arjun as they escape from the turmoil caused by Duryodhan belonging to the rival Kauravas clan. 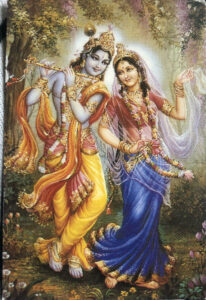 The wisdom shared by Krishna to Arjun is enunciated in the Hindu epic Bhagwad Gita (or Gita for short), which is a source of the meaning of life — both material and spiritual. Various learned persons not only in India but also overseas have tried to understand and imbibe the essential qualities of the Gita. Mahatma Gandhi himself was inspired by Gita and had written articles on its essential features. He also tried to live according to the principles of Gita — truth, honesty, love, nonviolence, Satyagraha, etc.

It is difficult for me to write more about Krishna and the book Bhagwad Gita that has been a guiding spirit of many illustrious persons in the world.

I end by writing that the lunar day that Krishna (Gopal) was born is known as  Krishnan Janmastami that this year falls on August 30 (Monday).

Janam Ashtami means the anniversary of Lord Krishna that occurs on the eighth day after the full moon. People pray and fast on this happy occasion. For me, it is an opportunity to be inspired by the legendary personality and to share my happiness and joy.

Anticopyright: Editorials and articles originated on TMS may be freely reprinted, disseminated, translated and used as background material, provided an acknowledgement and link to the source, TMS: Lord Krishna: Symbol of Love, Compassion, Wisdom and Mischief, is included. Thank you.