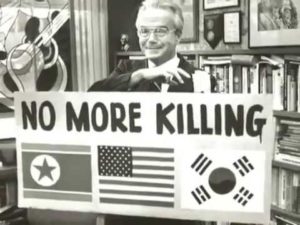 Dear Glenn, dear Glenda–there is so much to remember, to praise.

His transformation from praising a killing society, USA, in the Korean War to invoking a non-killing society did not come easily. To revoke his own book on the Korea War decision, and the prize received for that book, has few equals. He compared a decision taken far away with what happened on the ground in what became his beloved Korea.  Very scientific, theory with data, and found the theory totally wrong. He generalized from what he had learnt, to a non-killing society, finding one kind of killing leading to the other.  And built the second part of his life around the negation of the first part, at all levels, in UN organizations as resolutions as an NGO, personally.

Of course he and I had very many dialogues about that, both of us respecting fully the position of the other.  He stood for what I call “negative peace”; in favor of positive peace, but let us start here.  That perspective had been missing, he filled a gap, seeing killing as something that could be reduced, eliminated, between persons, groups, states, states and individuals–the death penalty!–groups and states–revolutions, coups–inter-state, inter-regions.

A heroic position in the world’s most violent society, adding the violences from suicide via partner to general homicide, against groups defined by gender, generation, race, class, nation, inside, outside, the countless wars, and the war on nature. Yin/Yang Hawai’i and the university accommodated Glenn while at the same time becoming ever more militarized. Glenn stood like a lighthouse in those dark waters.

That light will continue shining. Highly competent academically, at home in East Asian cultures, he was also source of learning.

Dear Glenn, long will you live in your many friends and others, and your ideas will gain strength and enrich humanity. Thanks, Glenn. 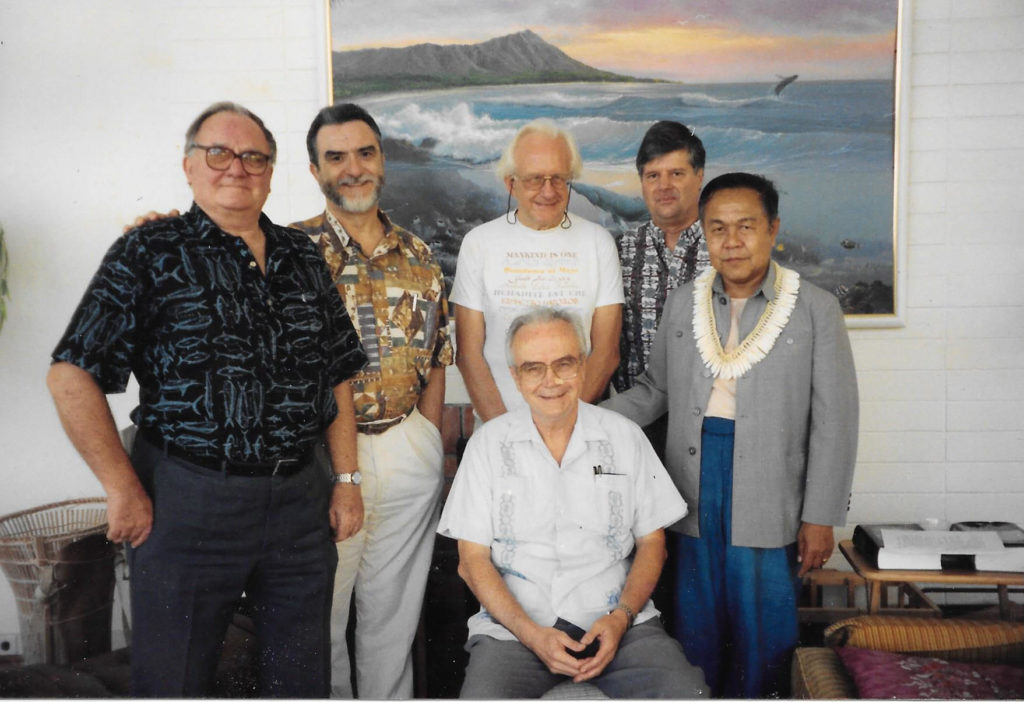 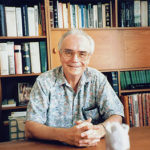 Glenn Durland Paige (28 Jun 1929 – 22 Jan 2017) was an American political scientist, member of the TRANSCEND Network for Peace, Development and Environment, Professor Emeritus of political science at the University of Hawai‘i, and Chair of the Governing Council of the Center for Global Nonkilling. Paige was known for developing the concept of nonkilling, his studies on political leadership, and the study of international politics from the decision-making perspective with a case study of President Harry S. Truman’s decision to involve the United States in the Korean War. 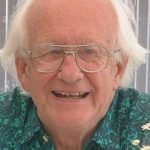 Anticopyright: Editorials and articles originated on TMS may be freely reprinted, disseminated, translated and used as background material, provided an acknowledgement and link to the source, TMS: Glenn D. Paige (28 Jun 1929 – 22 Jan 2017): A Giant for Peace Leaves Behind an Indelible Mark – In Memoriam, is included. Thank you.