The Clash of Two Civilizations over Human Rights 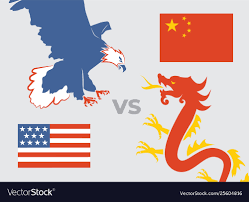 27 Jan 2022 – It seems that the conflict between the “U.S.-led Western countries (as well as their followers)” and “China” over human rights may be considered as one of the main clashes between these two main civilization spheres in the contemporary world.  That may remind some people of Hunting’s “Clash of Civilizations“, one of the main best sellers a few decades ago.

–    The Clash of Civilizations Summary | GradeSaver

“In China, sovereignty should be understood as absolute and perpetual state power, where the state is governed by the Chinese Communist Party. Moreover, it is intimately linked to China’s emphasis on mutual non-interference in domestic affairs….China is a principled defender of a strong norm of sovereignty and includes state sovereignty as one of its non-negotiable “national core interests”, of which the overarching interest is the Communist Party’s continued monopoly on power…China insists that a country’s level of development, culture and values has to be taken into account, which places strict limits on international human rights monitoring and enforcement..”   Sovereignty – Decoding China

Overall, the history of China is a history of empires that had been ruled by emperors who had the absolute powers.  The emperor of the modern communist China since 1921 has been CCP.

Please note that CCP founded PRC.  In other words, CCP is the parent; PRC is the child (or the absolutely loyal servant for CCP).  Currently Xi Jinping is the representative of CCP that absolutely controls PRC.

The contemporary system of international human rights law is based on the U.N. Charter and the Universal Declaration of Human Rights (UDHR) as well as those relevant international treaties, including the International Covenants of Human Rights, developed after the U.N. Charter and UDHR.  These codified norms are the fruits (or some part of the fruits), relating to some aspects of the rights of individuals, of the historical development in the modern Western countries.

When the draft of the UN Charter was discussed by the representatives of the Allied countries from April 1945 to June 1945, PRC did not exist.  At that time, CCP, led by Mao Zedong, was still fighting against the Republic of China (ROC), led by Chiang Kai Shek.  In 1949, Mao Zedong, the leader of CCP, declared the foundation and independence of PRC.  However, UDHR was already adopted by the UN in 1948.

As such, none of these norms reflect any part of the Chinese civilization.  Today, PRC as China is one of the most influential countries in the world.  China’s power and influence are seriously overwhelming the U.S. and other Western countries as well as their followers.  How is it possible for the contemporary China to faithfully follow the international norms that have been essentially developed in the Western countries?

The clash of the two civilizations seems to continue.

Satoshi Ashikaga is a member of the TRANSCEND Network for Peace Development Environment. Having worked as researcher, development program/project officer, legal protection/humanitarian assistance officer, human rights monitor-negotiator, managing-editor, and more, he prefers a peaceful and prudent life, especially that in communion with nature.  His previous work experiences, including those in war zones and war-torn zones, remind him of the invaluableness of peace.  His interest and/or expertise includes international affairs, international law, jurisprudence, economic and business affairs, project/operations or organizational management, geography, history, the environmental/ecological issues, audio/visual documentation of nature and culture, and more.

Anticopyright: Editorials and articles originated on TMS may be freely reprinted, disseminated, translated and used as background material, provided an acknowledgement and link to the source, TMS: The Clash of Two Civilizations over Human Rights, is included. Thank you.