The UK Supreme Court Won’t Listen to Assange, but the Legal Battle Is Still On 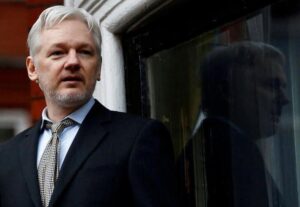 19 Mar 2022 – The Supreme Court refused to listen to Julian Assange’s appeal. The more the intricate mechanisms of British justice unfold, the more the observers realise that the system seems to “avoid” the most critical issues at stake, namely, those related to media freedom or to the necessity of preventing whatever government from extraditing individuals for political reasons.

It occurred at the time of the first instance verdict, and it happened again now, with the Supreme Court walking a path of avoidance and missing the opportunity to clarify a question that is crucial from the human rights point of view, namely, the US diplomatic assurances.

The US promises and the Human Rights voices

According to the testimony given during the trial by the US attorney Eric Lewis, it is possible, in the Special Administrative Measures system, that the prisoners spend time in chains or see the confidentiality of conversations with their attorneys denied. Also, the SAM could prevent them from socialising with anyone else for the rest of their life.

Assange would not be detained in the inhumane SAM system based on the US assurances. However, the US provided the UK government with such promise only after the judge denied the extradition in the first instance. Is this acceptable? The Supreme Court had the chance to discuss this point, but it didn’t. Despite this, one thing is sure. If the US offered those assurances during the original trial, the defence would have had the possibility to question their validity since the first instance hearings focus on facts and evidence on them. The diplomatic note highlights that inhumane treatments won’t be put in place “unless, after entry of the assurances, he commits any future act which renders him liable to such conditions of detention.”

This last sentence has been considered by human rights NGOs a clever way for the US to change their mind on the way. “Assurances by the US Government that they would not put Julian Assange in a maximum-security prison or subject him to abusive special administrative measures were discredited by their admission that they reserved the right to reverse those guarantees,” the Secretary-General of Amnesty International Agnes Callamard said.

This is sufficient to understand why it is astonishing that the Supreme Court saw “no arguable legal grounds” for an appeal focused on the US promises. Stinging commentators detect here the UK’s unwholesome need to pave the way to the US, whatever the cost, in this legal case.

And, while now this seems to happen through the “avoidance” of the real issues, previously it was an effort carried out through confusing the public on what kind of person Assange is.

Such effort found an obstacle in 2020, at the first instance extradition hearing, where the witnesses drew a portrait of him that immediately appeared light years away from the character depicted for a decade by the politicians embarrassed by the WikiLeaks disclosures. Listening to such qualified voices and understanding more about him, it became apparent that there had been a will pushing to delegitimise the WikiLeaks publisher by defaming him.

Why disclosures like the WikiLeaks ones are critical for democracy

The voices heard by the court were very authoritative ones. For example, there were Professors from Journalism universities in the States, reporters from the most famous newspapers around the World, very high-profile scholars like Noam Chomsky, and the Pentagon Papers whistleblower Daniel Ellsberg.

All of them contributed to de-constructing the smear campaign Assange had been through from 2010, when its publication WikiLeaks released the Iraqi and Afghan war logs, making the World aware of shocking war crimes carried out by the United States. The most famous of these is undoubtedly the one recorded in the “Collateral Murder” video, where a group of US soldiers targets civilians and kills them just like in a videogame.

Without such revelations, the World would have kept blindly believing in the narrative of a victorious war, where the Western saved the World from the mass destruction weapons by “exporting democracy,” as the key personalities of the Iraqi conflict used to say.

This is the first reason why Assange’s story is relevant for everyone: his work made us much more conscious of reality, which is what we need when evaluating our governments. The democracy that Bush and Blair wanted to teach other peoples can’t exist if not thanks to investigative journalism making the public aware of what it has the interest to know.

We could add a long list of reasons, besides the necessity to defend the right to knowledge as the foundation of democracy. One of these further reasons deals with Assange’s human rights and touches principles that – as Europeans – we should consider non-negotiable. First and foremost, there is the right to be protected against inhumane treatment.

Some of the most authoritative personalities in the field of human rights called for Assange to be freed. The UN Working Group on Arbitrary Detention did it in 2016. The UN Special rapporteur on Torture Nils Melzer did it as well, adding that he saw on Assange the clear signs of psychological torture. He also pointed out that he never saw a group of democratic states bullying individuals like the US, Ecuador, Sweden, and the UK did with Assange. The British government, however, looked deaf to all this.

Actually, if a precedent is created according to which a powerful state can extradite a journalist who embarrassed it, how many reporters would feel safe in exposing the wrongdoing of the governments? Not many.

Is this acceptable for the European democracies and their citizens? It does not sound so. And, it becomes even more intolerable if we look at that portrait of Assange drawn by renowned public figures who worked with him and brought their evidence to the court.

One of them is John Goetz, a German investigative journalist who collaborated with WikiLeaks to release war records and many US diplomatic documents. Goetz dismantled the prosecution’s main argument against Assange, the one according to which he would have endangered the security of people who had provided information to the US military. Goetz described the removal from the documents of the names of such informants as “a robust process” carried out by WikiLeaks. It involved a substantial expenditure of financial resources and secure servers and encryption to store unredacted documents.

What will Assange’s legal team do, now that the procedure assigns the final decision to State Secretary Priti Patel? Three options emerge.

The first would be to appeal to the European Court of Human Rights (ECHR). It is very likely to finally recognise the persecution of Assange and free him, but the process could take many, many years.

The second way is the cross-appeal. Judge Baraitzer’s first instance verdict – which denied the extradition – was already brought to the High Court by the US. Assange could appeal as well, not to overturn the decision but to open a dispute on the five points that Baraitzer did not consider as valid reasons to block extradition. First and foremost, on the fact that the latter would trample on freedom of expression, breaching article 10 of the European Convention of Human Rights. Secondly, on the fact that, according to the Treaty between the UK and the US on the matter, “extradition shall not be granted if the offence for which extradition is requested is a political offence”. The third point deals with the fact that the key US witness Sigurdur “Siggi” Thordarson admitted his allegations against Assange were lies that he told in exchange for immunity from American prosecution. The fourth point is connected to the fact that the hacking charges are unfounded according to the evidence brought before the judge by forensic computer analyst Patrick Eller. The fifth point is the use of the American Espionage Act against a journalist and publisher. All these points could be the object of the cross-appeal. It could take years to hear all the witnesses again, but certainly fewer years than those needed within the ECHR process.

The third option is to ask for a judicial review if Priti Patel authorises extradition.

Now, the National Union of Journalists campaigns for Assange’s liberation, and so does the International Federation of Journalists. What is currently missing is a massive number of people joining the activists of the Committee to Defend Julian Assange, a grassroots solidarity movement fighting for his freedom in the UK. In the last ten years, the Committee has always protested against his arbitrary detention, demonstrating in front of the Ecuadorian Embassy in the past and in front of Belmarsh prison now, every Saturday. Joining them is the choice of everyone caring about media freedom, democracy, and human rights. Probably, the only way to urge the UK government to reflect on its complicity with the dark forces pushing to extradite Assange is to show its ministers that the public wants the WikiLeaks founder free.