6 Jun 2022 – Now it comes to another ‘crime’ being stealthy committed as a consequence of the unrelenting business obsession for making more and more money. 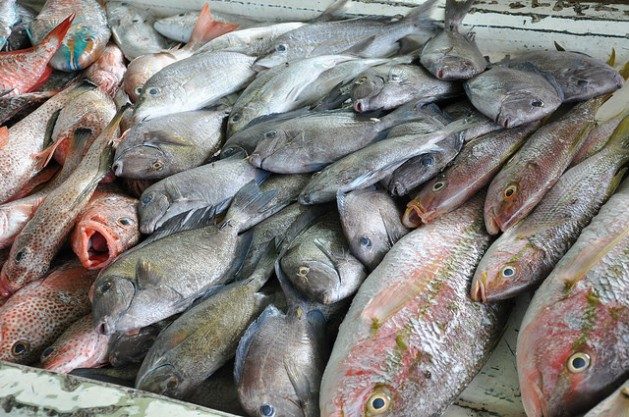 It is about the illegal, unreported and unregulated (IUU) fishing, a practice that threatens marine biodiversity, livelihoods, exacerbates poverty, and augments food insecurity.

Not only: products derived from IUU fishing can find their way into overseas trade markets thus throttling local food supply.

Let alone the other ‘crime’ of the greed-motivated overfishing.

The International Day for the Fight against Illegal, Unreported and Unregulated Fishing (IUU) coincides on 5 June with the World Environment Day.

It also marked only three days ahead of the World Oceans Day on 8 June.

These three Days further reveal the dire impacts of the ongoing human suicidal war on the Planet Earth’s natural resources, precisely those that are vital to life and livelihood.

But before going into these consequences, see what IUU fishing is all about as defined by the Food and Agriculture Organisation (FAO):

IUU fishing is found in all types and dimensions of fisheries; it occurs both on the high seas and in areas within national jurisdiction. It concerns all aspects and stages of the capture and utilisation of fish, and it may sometimes be associated with organised crime.

Illegal fishing is conducted by national or foreign vessels in waters under the jurisdiction of a State, without the permission of that State, or in contravention of its laws and regulations.

Otherwise, it is conducted by vessels flying the flag of States that are parties to a relevant regional fisheries management organisation but operate in contravention of the conservation and management measures by which the States are bound,

Unreported fishing is about captures that have not been reported, or have been misreported, to the relevant national authority, in contravention of national laws and regulations.

And unregulated fishing is conducted by vessels without nationality, or by those flying the flag of a State not party to that organisation or by a fishing entity, in a manner that is not consistent with or contravenes the conservation and management measures of that organisation.

Such illegal activities take advantage of corruption and exploit weak management regimes, in particular those of countries lacking the capacity and resources for effective monitoring, control, and surveillance.

In all these cases, IUU fishing takes advantage of corrupt administrations and exploits weak management regimes, in particular those of developing countries lacking the capacity and resources for effective monitoring, control, and surveillance.

“Such illegal activities are responsible for the loss of 11–26 million tons of fish each year, which is estimated to have an economic value of 10–23 billion US dollars.”

Moreover, there are issues of marine debris and marine litter involved in IUU fishing, which are not only related to marine environment but also the safe navigation of ships, explains the International Maritime Organisation (IMO).

In addition, types of fishing gear and fishing methods are employed by IUU fishers in areas where their use is prohibited, to the detriment of those areas’ resources (fish extracted) and the marine environment (destruction of corals, habitats, etc), where often these gears may get caught in bottom structures and thus be abandoned.

Parallelly, such ‘crime’ of depleting the oceans just adds to another major devastating human activity: overfishing.

The number of overfished stocks globally has tripled in half a century and today fully one-third of the world’s assessed fisheries are currently pushed beyond their biological limits, according to the Food and Agriculture Organisation of the United Nations.

Overfishing is closely tied to bycatch—the capture of unwanted sea life while fishing for a different species, reports the World Wildlife Fund (WWF).

This, too, is a serious marine threat that causes the needless loss of billions of fish, along with hundreds of thousands of sea turtles and cetaceans, adds this Fund, which for over six decades has been working to help local communities conserve the natural resources they depend upon; transform markets and policies toward sustainability; and protect and restore species and their habitats.

“The damage done by overfishing goes beyond the marine environment, it warns. Billions of people rely on fish for protein, and fishing is the principal livelihood for millions of people around the world.”

It also reports that more than one-third of all sharks, rays, and chimaeras are now at risk of extinction because of overfishing, according to the International Union for Conservation of Nature and Natural Resources (IUCN) Red List of Threatened Species extinction risk status.

The World Wildlife Fund additionally warns that subsidies, or support provided to the fishing industry to offset the costs of doing business, are another key driver of overfishing.

Subsidies can lead to overcapacity of fishing vessels and skewing of production costs so that fishing operations continue when they would otherwise not make economic sense.

“Today’s worldwide fishing fleet is estimated to be up to two-and-a-half times the capacity needed to catch what we actually need. The United Nations 2030 Agenda for Sustainable Development has called for an end to harmful subsidies.”

Meanwhile, the demand for fish continues to increase around the world, and that means more businesses and jobs are dependent on dwindling stocks, reports WWF, while adding the following:

Fish ranks as one of the most highly traded food commodities and fuels a 362 billion US dollars global industry. Millions of people in largely developing, coastal communities depend on the fishing industry for their livelihood and half the world’s population relies on fish as a major source of protein.

“When fish disappear, so do jobs and coastal economies. High demand for seafood continues to drive over-exploitation and environmental degradation, exacerbating this circular problem.”