Hunger Factory: The Miracle of the Sudden Rise and Fall of Food Prices (Part 1) 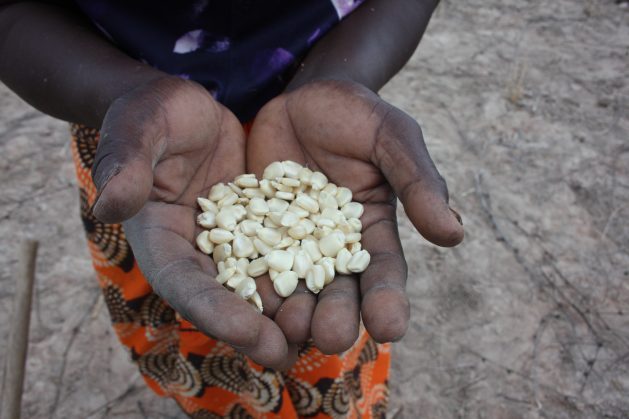 What the Russian-Ukrainian conflict has once again laid bare is just how fragile globalised food systems are. Credit: Busani Bafana/IPS

The data, released by the UN Food and Agriculture Organization (FAO) on 5 August, adds the FAO Food Price Index averaged 140.9 points in July, down 8.6% from June, “marking the fourth consecutive monthly decline since hitting all-time highs earlier in the year.”

This means that the global skyrocketing food prices have been steadily falling earlier than the 22 July Turkey-brokered agreement between Russia and Ukraine that allows both countries’ cereal exports.

Nevertheless, the business influence on politicians and the media, as well as on world organisations, including the United Nations, have untiringly continued blaming the war in Ukraine for the unprecedented high records of food prices, and also for heavily exacerbating the starvation of billions of people worldwide.

Question: How come food prices have declined all of a sudden over four consecutive months? The Ukraine war began around five months ago. So?

Perhaps one of the most accurate studies explaining the real reasons behind the starvation of one billion people, can be found in the ‘must read’ document elaborated by the international movement created 30 years ago in India by one of the world’s most outstanding scientists and activists, Prof. Vandana Shiva.

The very title of the study: Sowing Hunger, Reaping Profits – A Food Crisis by Design should be enough to understand the deeply rooted causes of what the UN World Food Programme (WFP)’s Red Alert: A Global Food Crisis Like No Other.

Since the Russian invasion of Ukraine, headlines have been dominated by the warnings of risk in global food supply shortages and rising global food prices, all due to the conflict, says the Navdanya International’s report.

“But, according to many international groups, there is currently no risk of global food supply shortages.” So why are so many countries now facing an increased risk of food insecurity, and in worst cases famine?

What is crucially being overlooked by most diagnosis of the current food crisis is how the problem does not lie in a lack of supply, or lack of market integration, but instead in “how the food system is structured around power.”

The Navdanya International explains how, in fact, the world had already been facing a food and malnutrition crisis long before the current conflict.

International institutions, governments and corporate actors are using the current crisis, as they have used every crisis: to further consolidate this failed model. False solutions and the redundant calls for failed approaches abound in headlines and international responses

“From the colonial era, which saw the beginning of extraction and exploitation of small farmers, to the advent of the Green Revolution, and the concretizing of the globalised free trade regime, we have seen the deliberate destruction of small farmers and food sovereignty in favour of corporate power.”

Therefore, it is no coincidence that today we are witnessing the third major food crisis in the last 15 years, the study remarks.

What the Russian-Ukrainian conflict has once again laid bare is just how fragile globalised food systems are. The current globalised, industrial agri-food system is a food system that creates hunger by design, Prof. Vandana Shiva’s world movement further goes on.

“Worst of all, international institutions, governments and corporate actors are using the current crisis, as they have used every crisis: to further consolidate this failed model. False solutions and the redundant calls for failed approaches abound in headlines and international responses.”

Now more than ever will a food systems transformation toward Food Sovereignty, based on agroecology and increasing biodiversity, help act as a lasting solution to hunger, urges Vandana Shiva’s movement.

Under the influence of market lords

In spite of the obvious credibility of all the above, and of the several accurate analyses of numerous world’s experts, politicians, the mainstream media, and the international bodies, continue to attribute all the world’s long-decades standing crises to the current proxy war.

For example, the United Nations Development Programme (UNDP) released on 7 July 2022 a report whose title directly refers to the war in Ukraine: Global cost-of-living crisis catalysed by war in Ukraine sending tens of millions into poverty.

Fortunately, the report also lists some of the real major causes of the world’s growing hunger of which nearly one billion humans have so far fallen victims.

“Soaring inflation rates have seen an increase in the number of poor people in developing countries by 71 million in the three months since March 2022,” says the report.

UNDP also explains that as interest rates rise in response to soaring inflation, there is a risk of triggering further recession-induced poverty that will exacerbate the crisis even more, accelerating and deepening poverty worldwide.

Question: Were the five-month blocked –and now released– Ukraine’s cereal exports really behind the starvation of the world’s billions of poor?

Ukraine is not the world’s single grain producer. Nor is it the Planet’s largest grain exporter. In fact, Ukraine represents 10% of the global supply, as IPS reported in its recent article: The World Was Already Broken. Shall Ukrainian Cereals Fix It Up?

The same applies to Russia, which will also resume its cereal exports in virtue of the 22 July agreement between Moscow and Kieve. With around 118 million tons a year, Russia ranks fourth in the world’s list of the world’s top producers.

The largest one, China, with over 620 million tons, generates more than four-fold the total Russian production. The United States, with 476 million tons, is the world’s second largest cereal producer, nearly three-fold what Russia produces.

Then you have the European Union, with 275 million tons. France alone produces some 63 million tons. And Canada produces more than 58 million tons. Other major cereals producers are India, Brazil, Argentina, and Australia.

Starvation at a breathtaking speed

“Unprecedented price surges mean that for many people across the world, the food that they could afford yesterday is no longer attainable today,” says UNDP Administrator, Achim Steiner.

“This cost-of-living crisis is tipping millions of people into poverty and even starvation at breathtaking speed and with that, the threat of increased social unrest grows by the day.”

In its August 2022 Global impact of war in Ukraine: Energy crisis Briefing, the United Nations tells that more people are now forecast to be pushed into food insecurity and extreme poverty by the end of 2022.

“The most recent operational programming update from the WFP estimates that in 2022, 345 million people will be acutely food insecure or at a high risk of food insecurity in 82 countries with a WFP operational presence, implying an increase of 47 million acutely hungry people… due to the ripple effects of the war in Ukraine in all its dimensions.”

Question: Hadn’t the UN Food and Agriculture Organization (FAO) reported on 6 January 2022 that “For 2021 as a whole, averaging across the entire year, the FAO Food Price Index averaged 125.7 points, as much as 28.1 percent above the previous year”?

Hadn’t the FAO Senior Economist Abdolreza Abbassian said that “While normally high prices are expected to give way to increased production, the high cost of inputs, ongoing global pandemic and ever more uncertain climatic conditions leave little room for optimism about a return to more stable market conditions even in 2022”?

Wasn’t that 49 days before the Ukraine war started?