A Solution to Keynes´ Problem

Don´t leave anybody high and dry, bored, and hungry, tempted to join a gang to have fun being bad! Homo sapiens should transition to the day when humans will devote themselves to fun and funded intrinsically worthwhile activities –sports, music, science, philosophy, dance, religion, scholarship, gardening, yoga and so on—while advanced technology produces more and better goods and services, and creates more surplus to transfer.

USA, Brazil and India with more than half of worldwide infections: 9.356 million. ->Database permanently displayed on TMS for the duration of the pandemic. Global, localized and specific data in real time. 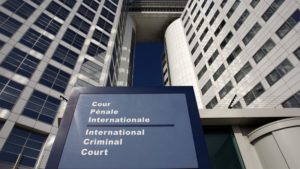 Critiques on the Tribunals and The Hague Court

27 Jul 2020 - This critique is a review of heinous crimes. It assesses to connect with perpetrators, victims, people and institutions and change professed through the works of the Tribunals and The Hague Court and share the feeling with the concerned ones. The objectives of the paper are three-fold: (1) to study the situations of the investigation, prosecution and punishment on accountability; (2) to analyze the preference for justice: victors’ justice or victims’ justice; and (3) to access the critiques on violations of human rights and humanitarian law beyond the borders. 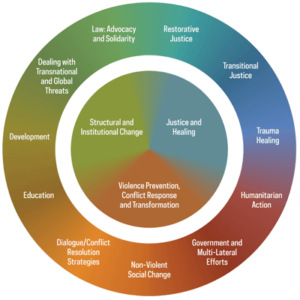 A Human-Centered Approach - As the man who created the term, let’s see what Johan Galtung has to say: “Peacebuilding is the process of creating self-supporting structures that remove causes of wars and offer alternatives to war in situations where wars might occur.”

In just two days, the two primitive atomic bombs dropped over Japan killed a quarter of a million women, children and men. Yet from the atomic ruins, an unwavering resolve has survived to bear witness to the personal human tragedy. For 75 years, the Hibakusha have spoken out as the voice of experience and hope for the urgent imperative of eliminating all nuclear weapons. 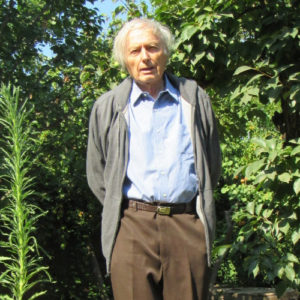 The thesis of this note is that what is most important about Keynes was that he called attention to staggering features of the basic structure, namely the chronic insufficiency of effective demand and the chronic insufficiency of the inducement to invest. What is most important to extrapolate from Keynes survives the falsification of some of his empirical claims. 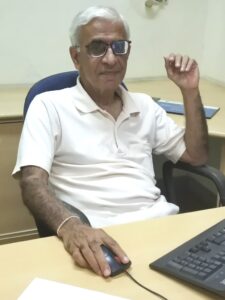 A True Intelligence Assessment, For Once!

So as long as one is articulate, persuasive, photogenic, assertive and well-networked – what one says does not matter. The truth value of a narrative does not count. What counts is only the result: Which narrative ‘looked like it carried the day’? That explains the 24x7 yakety-yak. In such an environment, rational debate is not possible. And what happens if rational debate fails? Conflict, what else?

The Crash of the American Empire

1 Aug 2020 - The American empire is crashing. What will it be like. Let us look at recent precedents.

Yemen: A Torrent of Suffering in a Time of Siege

29 Jul 2020 - By 2018’s end, Save the Children reported 85,000 children under age five had already died from starvation since the war escalated in 2015. By the end of 2020, it is expected that 23,500 children with severe acute malnutrition will be at immediate risk of death. If we cooperate with war-making elites, the most horrible storms will be unleashed. We must learn--and quickly--to make a torrent of our mingled cries. 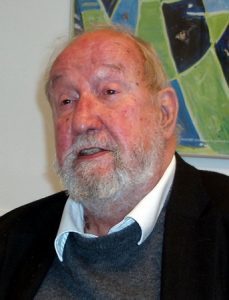 Vote by Mail: An Alternative to the USPS

Let us suppose that the November election approaches and the US Post office is unable to deliver mail-in votes. Is there any other way that these votes can be delivered? I believe that there are some possibilities.

28 Jul 2020 - Education is a need for all people in today’s world — people of all ages and all backgrounds. This is especially so for young people and students. Education serves several needs of young people. 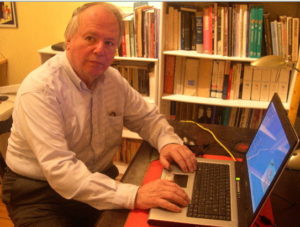 Could the Dogs of War Have Been Kept Chained? Prelude to the Guns of August

World War I, also known as the First World War or the Great War, started on 28 Jul 1914: Guns of August. 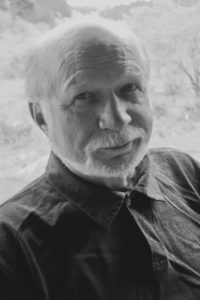 The Hibakusha, those who 75 years ago survived the fires and black rains of Hiroshima and Nagasaki, have lived through hell and have brought the world a message, a prayer to humanity that remains unanswered. A softly spoken hope, now nearly gone. 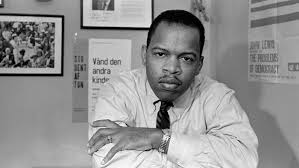 With John Lewis in Stockholm 1969

1 Aug 2020 - Moved by the iconic recognition of John Lewis’ exceptional courage and perseverance on behalf of human rights, nonviolence, and opposition to American militarism, I recall a weekend spent together in Stockholm. We were the two invited American speakers at a conference opposing the American War in Vietnam. 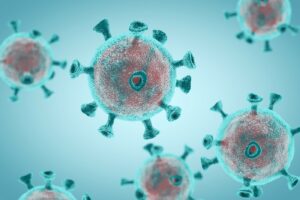 -> Several studies offer evidence that protective antibodies in former SARS-CoV-2 patients shed in about three months. -> This data discredits the idea of herd immunity through infection, as antibodies do not seem to last long enough in the population to provide immunity.  -> While this research is evolving, it could pose difficulties for the development of an effective vaccine.

3 Aug 2020 - Fully referenced facts about Covid-19, provided by experts in the field, to help our readers make a realistic risk assessment.

C Is for Children–And Plenty of It, Too

31 Jul 2020 - The power of achieving the right vitamin C level in your body daily is old news. It's like 50-plus years old. What is "news" at the moment is the COVID "crisis." But it is an overblown crisis to people who understand the human need for vitamin C. Orthomolecular practitioners can "C through it." 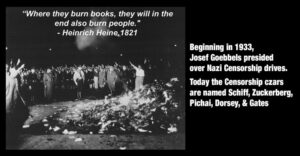 30 Jul 2020 - Today they openly silence the tragic stories of American mothers of vaccine-injured children and all other unapproved criticism of pharmaceutical products. 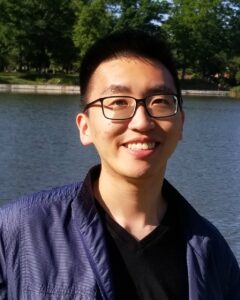 28 Jul 2020 - One should expect corporate media outlets like the Times to equate corporate interests with the US national interest. By spinning the intellectual property of large US corporations as something that must be safeguarded rather than something that should be shared, US media are failing to inform their audiences about how corporations are delaying the development of a vaccine—and causing unnecessary deaths. 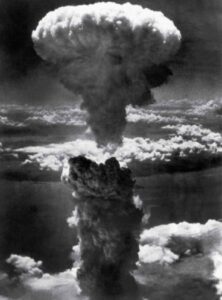 1 Aug 2020 - Unsung Heroes of Los Alamos - As we look back at the grim 75th anniversary of those three first nuclear bombs exploded by the US, we should admit a debt of gratitude to those spies at Los Alamos who kept the US from committing an atrocity that humanity would have never forgiven, and for giving us this amazing three-quarters of a century of no nuclear or world war. 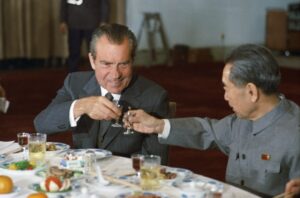 28 Jul 2020 - Quick. Somebody tell Mike Pompeo. The secretary of state is not supposed to play the role of court jester — the laughing stock to the world. There was no sign that any of those listening to his “major China policy statement” last Thursday at the Nixon Library turned to their neighbor and said, “He’s kidding, right? Richard Nixon meant well but failed miserably to change China’s behavior? And now Pompeo is going to put them in their place?” 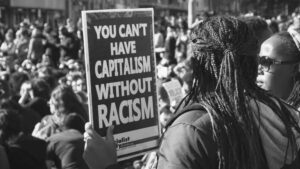 The Commodification of Black Death

27 Jul 2020 - As corporations and large universities attempt to profit off of the movement against racial violence, it’s apparent that racism and capitalism are as intertwined as ever. History is rich with Black intellectuals who have brilliantly expounded on this point, from W.E.B. Du Bois, to Fannie Lou Hamer, to Malcolm X, to Angela Davis.

When Supreme Court Justice Louis LeBel asked the Prosecution: “Why should Mohammad Momin Khawaja be sentenced to a Life and 24 years when he was not charged with the crime nor he committed it?” - The prosecution asserted that “terrorism” was an international problem and they wanted to send a message. What type of justice is that? It is reminiscent of the kangaroo courts in Sisi’s Egypt. 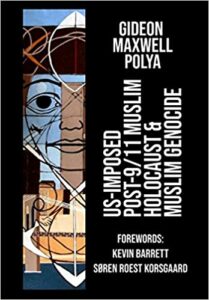 17 Jul 2020 - Genocide of Indigenous People - On 4 Jun 2020 I published in Germany a large book entitled ‘US-Imposed Post-9/11 Muslim Holocaust & Muslim Genocide’ that is substantially based on articles I have published in Countercurrents as well as in other progressive media over the last 2 decades. 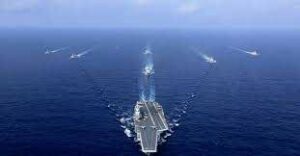 The Heart of the Matter in the South China Sea

30 Jul 2020 - The battle for the contested maritime region is over before the shooting even begins and China has won. 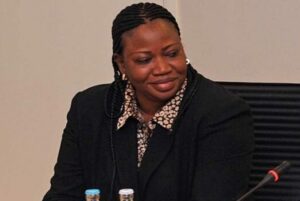 29 Jul 2020 - The fact that a “secret list” exists is an indication that Tel Aviv understands that this era is different and that international law, which has failed Palestinians for over 70 years, may, for once, deliver, however a small measure of justice.

Jewish Settlers Poison and Kill Over 60 Livestock in Jordan Valley

30 Jul 2020 - The killing of a large number of animals by spraying poison on their owner's pastureland. 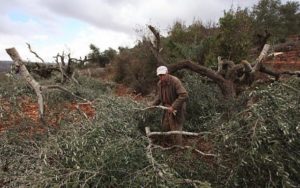 21 July 2020 - Israeli forces uprooted this morning over 200 olive trees in the Palestinian village of Deir Istiya, near the West Bank city of Salfit, according to the Palestinian news agency WAFA. 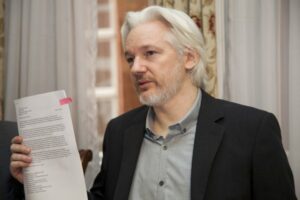 29 Jul 2020 - Julian Assange, the founder of WikiLeaks imprisoned in London for a year, received the Stuttgart Peace Prize 2020. It is awarded by Die Anstifter and aims to promote the right to unconditional freedom of information and of the press. 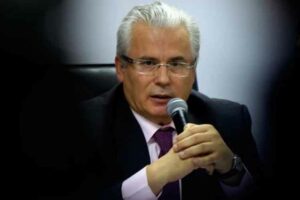 27 Jul 2020 - Spanish jurist Baltasar Garzon denounced that Australian journalist Julian Assange is the victim of political persecution by the United States. As the coordinator of Assange's international defense, Garzon testified as an injured witness, having also been a victim of surveillance by the Spanish company UC Global. 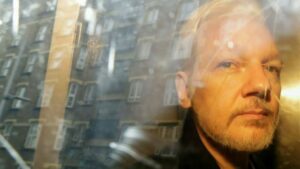 Assange Appears in Court, as Lawyers Warn Case May Be Delayed by New US Indictment

28 Jul 2020 - As it stands, the UK courts are continuing with Assange’s extradition process based on an outdated indictment.

30 Jul 2020 - If the killing of George Floyd was racism, how shall we describe US- and UK-led UN policy that ‘was more humane with its dogs’? How to describe corporate media that rail against domestic racism while perennially cheerleading the infinitely more violent international version? Why are we not taking a knee for Iraqis and Libyans? Why is no-one toppling Orwellian monuments to a ‘free press’ supporting global oppression, like the statue of George Orwell outside BBC Broadcasting House? 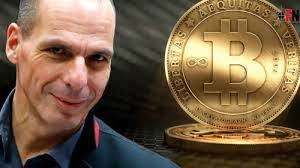 27 Jul 2020 - On 15th July, Ben Arc published in Bitcoin Magazine an open letter addressed to me in a bid to convince me that I should re-assess my rejection of Bitcoin as a force for good, as a bulwark for democratising capitalism and paving the ground for socialism. Here is my reply. 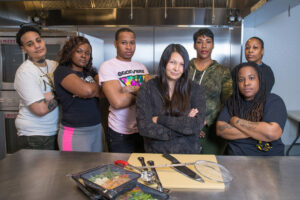 6 Jul 2020 - It’s not often that a business launches weeks before its planned opening. But in the case of ChiFresh Kitchen, a worker cooperative owned and operated by four formerly incarcerated women and one man, the COVID-19 pandemic turned out to be a blessing. ChiFresh Kitchen prepares meals to help address food insecurity during the pandemic.

Buddha was a "soft" social revolutionary. Marx developed his notion of “species consciousness” in order to encourage a shared commitment to animal rights and a clean environment. His endeavor echoes Pythagoras, Lao Tzu, and Buddha, three of the world’s first ecological sages.

Brief against FCC on 5G and Wireless Harms: Submitted!

31 Jul 2020 - What we put in our bodies and our children’s is the most important and personal choice we make. But when it comes to damaging levels of radiation, that right to choose has been stolen from us. The case challenges the Federal Communications Commission’s refusal to review its 25-year-old obsolete wireless “health guidelines” and adopt scientific, biologically based radio frequency emissions rules that adequately protect public health.

27 Jul 2020 - "Caught red-handed": The world’s biggest meat company has been using its own trucks to transport cattle from an illegally deforested ranch in the Amazon to a “clean” farm that supplies its abattoirs. JBS continues to deny this. The company's meat ends up all over the world - in supermarkets, fast food, ready meals and school dinners, sold by major brands. 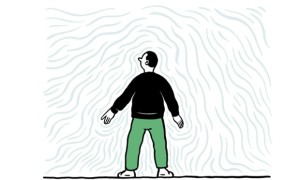 Fulfilling Needs of the Poor Is Also a Sacrifice

I believe the single major cause of human being’s misery and hurdle to achieve peace and growth is superstition/polytheism. The concept of the Vedas, Qur’an and all heavenly scriptures is that all human beings are equal and no one is superior to others. 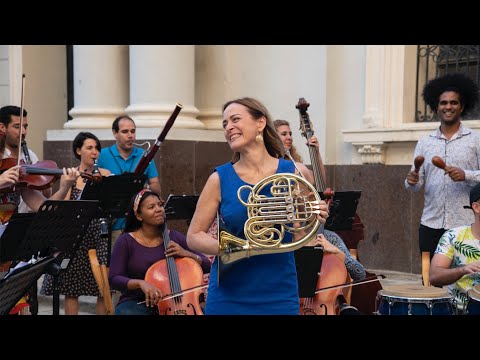 Rondo alla Mambo, which combines the music of Mozart and Cuban Mambo, was featured in this flash mob on the streets of Havana at the grand finale of the Mozart y Mambo project. What a delightful musical--and visual--experience!

What's wrong with me, Doc?