28 Aug 2021 – Brazil’s largest-ever Indigenous protest came amid efforts by Pres. Jair Bolsonaro and his allies to pave the way for industry in the Amazon.

12 Mar 2020 – Leaked conversations between Brazilian officials reveal the inner workings of a secretive collaboration with the U.S. Department of Justice on a sprawling anti-corruption effort known as Operation Car Wash. The chats, analyzed in partnership with the Brazilian investigative news outlet Agência Pública, show that the Brazilians were extremely accommodating to their U.S. partners, going out of their way to facilitate their involvement in ways that may have violated international legal treaties and Brazilian law. 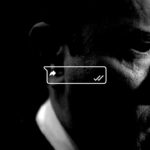 17 Jun 2019 – Brazil’s Justice Minister Sergio Moro, while serving as a judge in a corruption case that upended Brazilian politics, took to private chats to mock the defense of former Brazilian President Luiz Inácio Lula da Silva and direct prosecutors’ media strategy, according to newly unearthed chats from an archive obtained by The Intercept Brasil. 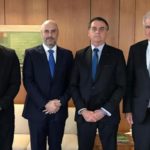 Meet the Team behind CNN Brasil: A Businessman Accused of Exploiting Slave Labor and an Executive from a Fox News-style Outlet
Piero Locatelli and Andrew Fishman – The Intercept, 28 Jan 2019 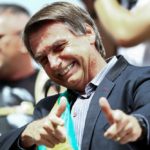 Jair Bolsonaro Is Elected President of Brazil. Read His Extremist, Far-Right Positions in His Own Words.
Andrew Fishman – The Intercept, 29 Oct 2018

28 Oct 2018 – Jair Bolsonaro was elected president of Brazil today. The far-right candidate received more than 55 percent of valid votes. After taking aim at the media throughout his campaign, he chose to make his first statement after the election via Facebook Live, rather than a press conference. “We could not continue to flirt with socialism, communism, populism, and the extremism of the left,” he said. The broadcast was picked up by major TV networks, but repeatedly froze due to connection issues. “All of the promises made to political groups and the people will be kept,” he added.

Leaked secret audio recordings of Brazil’s most powerful figures have sparked a series of explosive scandals. Now, lawmakers are trying to outlaw their publication.

Brazil Is Engulfed by Ruling Class Corruption — and a Dangerous Subversion of Democracy
Glenn Greenwald, Andrew Fishman and David Miranda – The Intercept, 21 Mar 2016

Western media are depicting street protests as a noble populist uprising. The facts are much more complicated. It all seems historically familiar, particular for Latin America, where democratically elected left-wing governments have been repeatedly removed by non-democratic, extra-legal means.

16 Feb 2016 – The U.K. government today announced that any entities that support or participate in the global boycott of Israeli settlements will face “severe penalties.” It is, needless to say, perfectly legitimate to argue against BDS and to engage in activism to defeat it. But only advocates of tyranny could support the literal outlawing of the same type of activism that ended apartheid in South Africa merely on the grounds that this time it is aimed at Israeli occupation.

GCHQ needed to reverse engineer software to hack into computer networks — so it decided to secretly reinterpret British law. Then it abused its newfound powers, ignoring internal guidelines.

22 Jun 2015 – Joint Threat Research Intelligence Group’s use of behavioral science research is emphasized as critical to its operations. That includes detailed discussions of how to foster “obedience” and “conformity.”