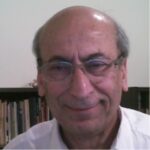 21 Sep 2022 – Ending racism is essentially about making each person equal, respectful and dignified as the other. To achieve this to the fullest, over the past two centuries the fight has continued globally in tackling racism at the international, national and individual levels. This presentation provides an overview of anti-racism and peacebuilding through the lens of Universal Rights, Nonkilling and Human Dignity. 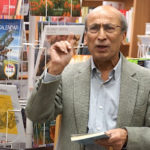 The philosophy behind Tendulkar’s writing is based upon his perception of society and its values — his life experiences, and observing what he had seen in others around him: “I did not attempt to simplify matters and issues for the audience, though it would have been easier to do so through such a medium. Sometimes my plays jolted the society and I was punished…I was adamant as it is an old habit with me to do what I am asked not to.” (2) 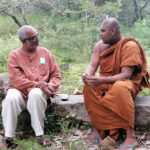 Vishnu Vasu is an internationally acclaimed maverick filmmaker. In addition to the four docs, he has over 25 short films to his credit. His documentary Butterfly was screened at over 200 venues around the world. The United Nations distributed his Butterfly as an advocacy tool to teach non-violent filmmaking and peacebuilding globally.

‘Carbon sink’ is a phenomenon similar to what one may describe as nature’s breathing – the forests/trees absorb CO2 from atmosphere and release Oxygen; however, during forest fires or decay, this process is reversed. A forest then starts lowering its carbon sink capacity, emitting a large amount of stored carbon sending it billowing into the air. 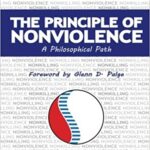 “The mass media does not inform us of the reasons and stakes of violence, but of the violence itself. It does not arouse public opinion, but public emotion.” An erudite work with rich discussions on the relevance of nonviolence in western political thought, politics, and social psychology. 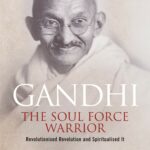 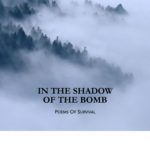 In the Shadow of the Bomb: Poems of Survival
Bill Bhaneja – TRANSCEND Media Service, 24 Dec 2018

This is the third book of poetry by David Krieger I am reviewing. The first, Wake Up, was a warning call; the second, Portraits: Peacemakers, Warmongers and People Between, etched the personalities of doers and their deeds; and in the latest, In the Shadow of the Bomb, Krieger confronts us with the naked reality of The Bomb. The questions he raises are: What is the value of poetry in the face of weapons of mass annihilation? Can poems awaken us to the dangers of the Nuclear Age?

‘This index reflects an advanced method of indexing peace by looking at “killing” beyond traditional murder rates, to includes suicide, capital punishment, and battlefield death rates… Because a nonkilling index provides a better correlation to peace in a broader context than simple murder rates, the adoption of a nonkilling index, such as proposed in this article, will hopefully encourage the collection of more data on killing in any form every year by the World Health Organization and others’.

This is the sixth collection of poems by David Krieger, an American peace leader and poet who has lived through and been impacted by the events since the Second World War. This unique collection of 70 poems is not just about well known figures but also ordinary folks, the People Between.

Santa Barbara, Calif: Nuclear Age Peace Foundation Book, 2015 – How does one write a review of such a collection where each poem stands out drawing the reader into a vortex of inhumanity of man by man and at the same time wanting to make sense of existential themes like Truth, War, Peace, Nuclear Weapons, and even a section called Imperfection?